The Indonesian artist who secretly planted anti-Christian and anti-Semitic images into a new Marvel comic will be disciplined, Marvel said today.

Ardian Syaf, an Indonesian citizen who illustrated X-Men Gold, a reboot comic book released March 29, included subtle imagery that aroused the suspicions of observers on Reddit and other social media, as the New York Times reported.

Readers called out publisher Marvel for what they allege are anti-Christian and anti-Semitic motifs woven into the book. This is perhaps even more surprising given that X-Men Gold writer Marc Guggenheim, with whom Syaf had presumably collaborated, and Stan Lee and Jack Kirby, the creators of the X-Men franchise, are all Jewish.

The panels in question include one where the figure of Kitty Pryde, the youngest of the X-Men and the daughter of a holocaust survivor, obscured the letters in the signage of a jewelry store so that it reads only “J-E-W,” according to the Times. In another, Collossus wears a shirt that reads “QS: 5:51,” which Indonesian readers tell Marvel is a reference to a verse in the Koran that can be interpreted to suggest that Christians and Jews cannot be trusted.

Other imagery is even more obscure, referencing recent tensions in Indonesia around Basuki Tjahaja Purnama, the first Christian governor of Jakarta, who is currently up for re-election. Indonesia is a majority-Muslim country with a significant Christian minority. The “212” visible in some illustrations is a reference to the protests against Purnama by conservative Islamic groups, the paper said.

Marvel has taken swift action. “These implied references do not reflect the views of the writer, editors or anyone else at Marvel and are in direct opposition of the inclusiveness of Marvel Comics and what the X-Men have stood for since their creation,” said a statement sent to the Times. “This artwork will be removed from subsequent printings, digital versions, and trade paperbacks and disciplinary action is being taken.”

Syaf, for his part, briefly made a statement on Facebook saying he “does not hate Christian or Jew,” but has now reportedly removed the post.

The Times said Syaf was a long-term freelancer with Marvel. What type of discipline the company intends to implement was not clear and Marvel declined to elaborate to the paper. 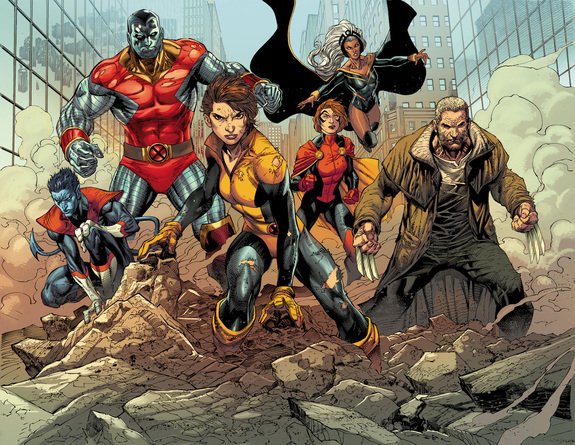