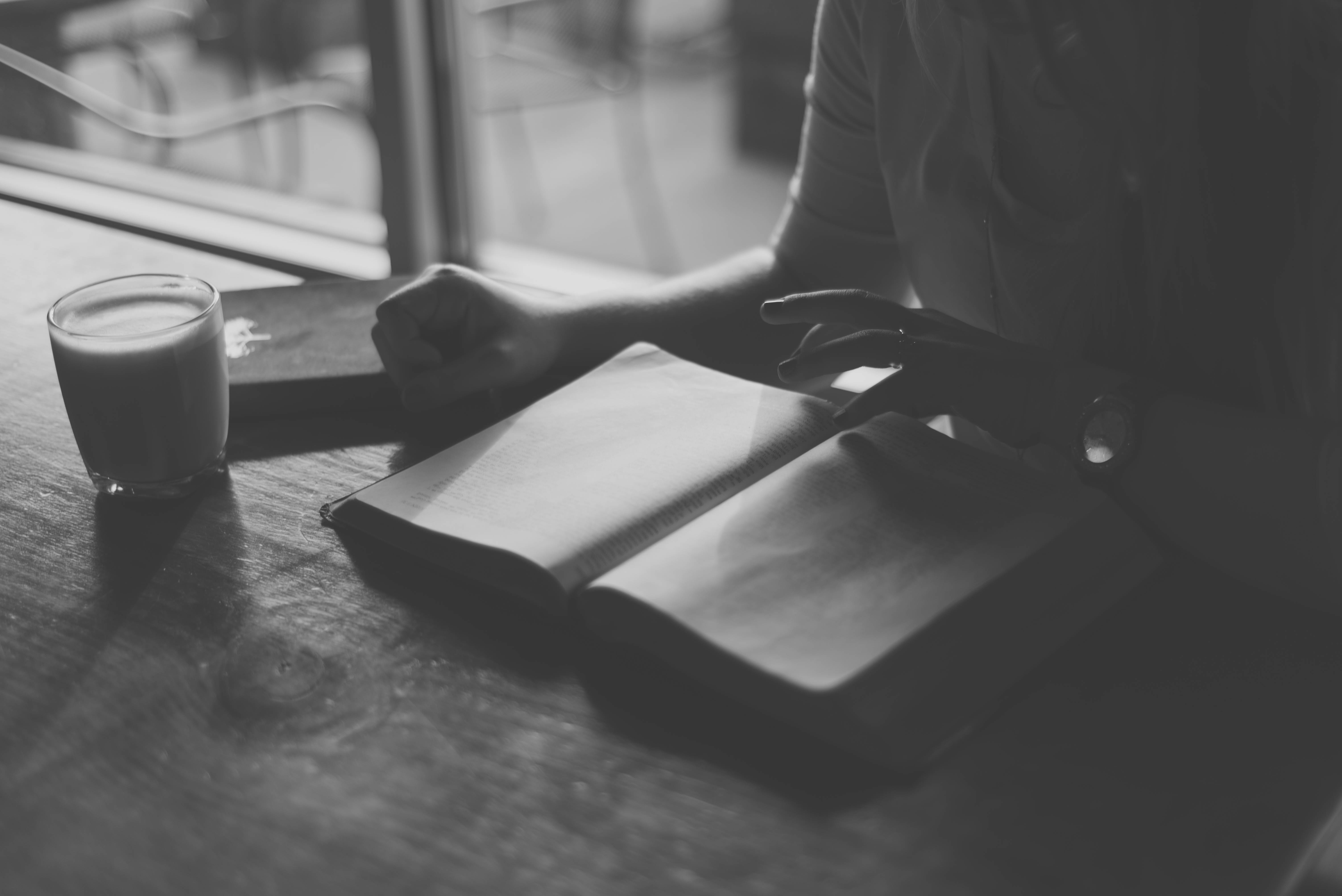 I came out of the wreckage of a misdirected life to write something that means so much to me. Natalie Collins/Unsplash

At what point is believing so close to knowing, that any difference between the two isn’t worth the fuss, finally? A tamer of wolves tames no foxes, he used to say, as if avoiding the question. But never meaning to. You broke it. Now wear it broken. — Carl Phillips

In the spring of 2013, I left a job that was slowly killing me. I’d spent nearly four years on planes, in windowless conference rooms staring at new business presentations and marketing plans, and too much time in the same space occupied by a man, who, believed that integrity was something that could be bartered. A man who’d only enter a room if he knew he could drain all the air from it. I had no plan, no money, and no means to pay for the stress-related health problems that had begun to surface. I couldn’t remember the last time I’d read a book or had the strength to even think about writing one. At that point, the only thing I’d been capable of writing were not-so-passive-aggressive emails. That April I used the remainder of my bonus to fund a month-long trip to Europe, because the last thing I wanted was to be in New York and endure the resignation post-mortem and all the what’s next questions.

I made the mistake of spending some of the best years of life panicked over powerpoint presentations and tethered to my email as if I was an oncologist on the verge of curing cancer. I wasn’t curing cancer; my job was to devise ways to make people desire products they didn’t need.

Before my flight, I spent the week alternating between sleep and crying in the shower. I made all of this money that was gone, spent on things that were petty diversions from the fact that while I was professionally successful I was unhappy. Expensive handbags don’t mean much when you lack purpose, when you realize the days repeat themselves with minor variations. I spent the first few weeks of my holiday alone, in a self-imposed exile, content to watch boats drift and tourists eat ceviche with their hands. I passed days without a phone or map, getting lost, because I wanted the outside geography to match my insides — barbed, disoriented, foreign. 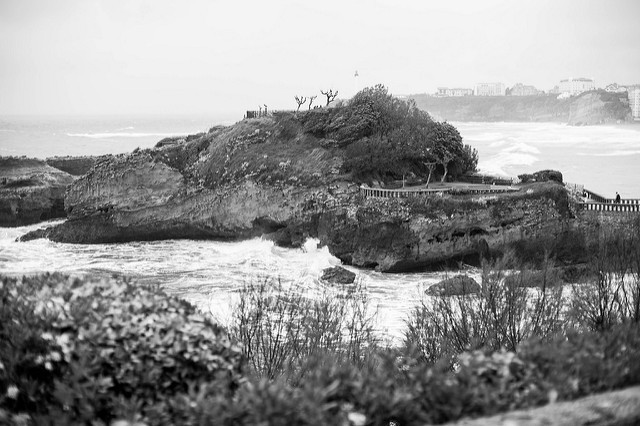 I spent the first few weeks of my holiday alone, in a self-imposed exile. Author provided

Toward the end of that month I arrived in Biarritz to a downpour. A small surf town, Biarritz was unseasonably cold and wet; the pristine beaches were barren, the waves too rough for even the most adventurous. I stayed in a cheap motel by the and spent my days standing close to the rocks, observing barnacles. One night I came home to download the few hundred pictures I took of the beach, which resembled the same few hundred taken the day before, when I started typing. Seventy pages later and the evening had morphed into morning and I had the beginnings of a new book. I hadn’t written anything in five years, much less seventy pages, which came like a torrent. The writing style was strange and unfamiliar, but confident, and I sent the pages to a friend I’d known since my graduate school days and she wrote back: Holy fuck, keep going.

The story I started in 2013 was about a woman, Kate, unraveling after the death of her mother, Ellie. Ellie was Kate’s first and only hurt and their relationship was toxic and disturbing, to put it mildly. But Ellie was dying of advanced lung cancer and when your mother dies you come undone, regardless of how you felt about her in life. I started my novel from that place and had Kate move out west to cope with her grief.

There would be more to the book, of course. An affair, a serial-killer stepbrother, an eccentric baker, and three generations of mental illness, but the story started from a mammoth maternal loss.

Two years later, in March of 2015, my estranged mother passed away from metastatic cancer, and I decided to move to California a month after her death. I wouldn’t make the connection between the fiction I’d written and the life I was living until a few months before my book’s publication. Had I written her death in the subconscious as a means to cope with it in consciousness? Was this a strange, cosmic coincidence to foretell what was to come? In the end, it didn’t matter because death, fiction or otherwise, undoes us all. I loved my mother; I hated my mother, but her death devastated me and, looking back, part of me wishes I would’ve written my first book later in life when my feelings were complicated by age, experience, and time.

After several drafts, my agent and I were excited to submit the manuscript to editors. I was optimistic because Follow Me Into the Dark was the best thing I’d ever written and I felt mildly confident because a few editors knew of me through my blog or my days in book publishing and as an editor of a literary magazine, so I thought the book would sell quickly.

Editors loved it, but it was too dark. Relentlessly dark. The unwieldy structure of the book, which was deliberate and painstakingly and meticulously constructed over the course of two years, was too challenging for the lay reader (whatever that means). I mean, I didn’t write my book out of order for kicks, people. There was a reason. My main character was unlikable, unrelatable. When can we see Felicia’s next book?

Finally, it was sold to an editor who got it. I liken this process to finding a partner. You’ll have a lot of one-night-stands, near misses, salacious affairs, but the one who commits to you is in it for the long haul, regardless of your flaws. The structure made sense to her, the character was complicated enough to elicit empathy, and the idea of usurping traditional male and female gender roles and our concept of what’s safe excited her.

I was jubilant. I had found my tribe. People, who got it, got me. Fanfare and confetti and a marching band and like that. The book was beautiful and edited with the same care as I took in writing and revising it. And then it was published to…

And yes, I worked for four years in book publishing (HarperCollins) and I know this happens all the time, but it doesn’t make the sting any less painful. The lack of coverage converged at the same moment as when I started experiencing financial problems and I had to turn all of my attention to paying rent and an exorbitant tax bill (along with my other mountain of debt), which didn’t leave much time for self-promotion. Still doesn’t. I was also comparing coverage of my second book to my first, which garnered so much attention, and is, in my opinion, compared to my new book, inferior.

I got irrationally angry that the same ten books of the season garnered all of the attention, until a poet friend sat me down and essentially told me about myself. Sometimes it’s important to listen to the hard truths doled out by people who have your best interests at heart.

I was thinking about this all wrong. What I had defined as “success” was missing the mark, and the fact that I ascribed all my self-worth to a book I’d spent years writing was also majorly missing the point.

There is beauty and dignity in the attempt and in the act.

My friend told me to wear this book, flaws and all, with humility and pride, and she couldn’t be more right. Now, instead of getting upset about why this magazine didn’t write about it or why this writer gets all the attention, instead I hold my book in my hands and say I wrote this. I came out of the wreckage of a misdirected life to write something that means so much to me and to then hold the product of that work in my hands — you can’t measure that amount of joy.

This book, for me, is my own private comeback. After years of wanting the wrong things, I came out of it relatively unscathed and managed to return to the things that truly matter — the work, the books, and the friends who are good and kind enough to let me know when I’m acting like an egotistical idiot.

Felicia C. Sullivan is the award-winning author of the critically acclaimed memoir The Sky Isn’t Visible from Here (Algonquin/Harper Perennial) and the founder of the now defunct but highly regarded literary journal Small Spiral Notebook. Follow Me Into the Dark is her first novel. 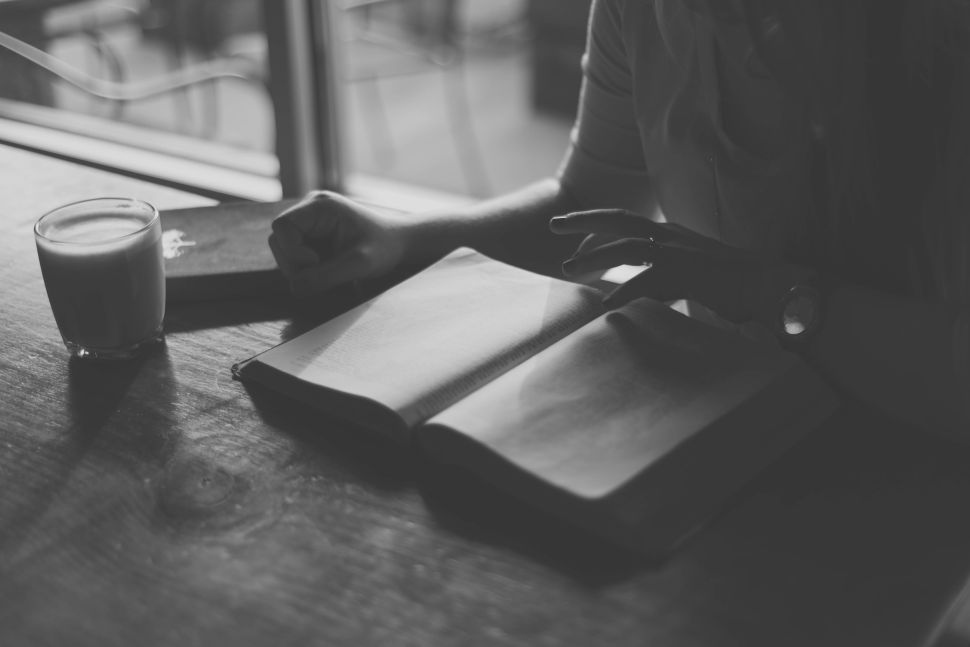