There has been heated debate via thinkpieces over whether or not video games are a medium inherent to telling stories. Let’s clear the air by saying yes, of course they are, but like most other mediums it’s very difficult to tell a good one. It’s why most gaming enthusiasts (and enthusiast press) laude the same handful of games when discussing how game narratives have come into their own.

So while Bioshock and The Last of Us may be the pinnacle of video game storytelling, there are plenty of innovative, compelling titles lying just out of reach of the mainstream. You’ve certainly heard of Gone Home or Telltale’s The Walking Dead but have you played the Lynchian odyssey that is Kentucky Route Zero? There are a great deal of games that tell abstract and self-reflexive stories that don’t come from huge studios the likes of Irrational Games and Bioware.

Here are some of the best video games with great narratives that you may have skipped over. Or at least just skipped the cutscenes.

Alan Wake is one part Twin Peaks, one part The Shining, and a tiny bit of Twilight Zone in the form of in-game FMV television program Night Springs. The titular Alan Wake is a writer who moves to a small Pacific Northwestern with his wife to get over writer’s block and finish his novel. The game is divided into chapters and is a precursor to a lot of episodic narrative content we saw in the years following. It’s Stephen King as all hell, but is a fantastic piece of homage that manages to tell a compelling story about storytelling and the dangers that lie therein.

This indie gem may look like a SNES era RPG ala Chrono Trigger but To The Moon is an adventure game at its core. In a near future, you play as a pair of doctors who have been sent to fulfill a dying man’s last wish. By interacting with his memories, you slowly uncover one man’s life backwards. The game brilliantly subverts story structure to tell a heartbreaking tale and expertly makes the player feel they are playing an crucial role in changing one life. More games should strive for telling this kind of story: tiny in scope, but supreme in detail.

From Frictional Games, the developers of the terrifying Amnesia: The Dark Descent comes SOMA. This game is the closest video games have got to approaching Philip K. Dick levels of sci-fi philosophy. SOMA takes a deep dive (Get it? The game takes place underwater) into the questions of human consciousness and the differences between organic and artificial life. Yes, games like Mass Effect explore these issues, but none make them feel as utterly terrifying and consequential as the final hours of SOMA.

This cathartic mess of violence is known for its frenetic action and ridiculous amounts of gore. What a lot of gamers who didn’t (were not HARDCORE enough) to finish Hotline Miami don’t know is how cool the insanely meta and convoluted story gets. It gives off heavy Jackie Brown and Drive vibes throughout, but ends up being a chaotic self-reflexive meditation on video games.

Colloquially known as “9/9/9,” this DS visual novel game is the first in a bonkers trilogy. Nine people are trapped in a life-or-death game aboard a sinking ship. The decisions you make and success at puzzle solving determine which ending you get. However, unlike most games where you just play once, “9/9/9” requires multiple playthroughs to see the story to completion. This trend is expanded upon in the sequels and even in recent Japanese action game Nier: Automata.

The only FMV game with good acting? Her Story puts you in the shoes of a detective with access to short video clips you need to watch to put a murder-mystery together. The gameplay requires real thinking and hypothesizing to uncover more of the story. There is no endgame. There is no goal. The game ends when you feel you have satisfying answers to the mystery. Her Story is a stunning example of a compelling narrative that no other medium could tell in such a satisfying way.

Until Dawn is an interactive teen-horror movie. If that makes your ears perk up immediately, then this game is a must play. It’s a game in the style of Heavy Rain where the main interactions you have are dialogue and decisions. The decisions you make and relationships you set up between the different playable characters determine who lives and dies. And trust me, by the end, you’ll want them all to die.

Papers, Please bills itself as a dystopian, document thriller. That’s a pretty apt description for this increasingly complex simulation where you take the role of a border guard in a fictions Eastern European nation. During the day you choose who comes and goes based on their papers and their arguments. At the end of each day you won’t have enough money for food and utilities for your family, making you choose who to let live. It’s a scary tale of a dystopian near future. All the more relevant just a few years later.

“Uhhh, but we’ve played this game!” Yes, to some capacity I’m sure most everyone has touched GTA IV. But for a series known for its huge sandbox open worlds where anything goes, no one seems to really take it seriously. Most GTA games don’t warrant this with their overly cynical satire, but IV is a special case. The immigrant story of Niko Bellic is nuanced and for once you garnered sympathy for a Rockstar protagonist. And you truly felt like Niko, making some very difficult story choices which, for the time, was rare in a game of this scope. The gritty Liberty City setting helped this game be a grounded entry that stands out as Rockstar’s best story by a New York mile (sorry, Red Dead, I still love you!).

More than any other game Spec Ops: The Line has probably inspired the most amount of academic writing about video games, including a book. It’s the Apocalypse Now of games, quite literally. Dealing with the horrors of warfare, Spec Ops is a finely tuned piece of constructive criticism of shooters and violence in video games. It is quite unlike any shooter ever made, with an ending(s) that will leave your mind whirling for days.

Starbreeze Games has an impressive breadth of work, but none more unique and powerful than Brothers. This game places you in a fairytale world of giants and magic. The unique control scheme takes some getting used to, but becomes more than just a way to solve puzzles. In Brothers, the very act of moving the characters is what gets you invested in them. If that sounds crazy, wait until one of the final moments of this game to absolutely blow your mind in a way no other game has. If you’re a fan of the Starbreeze, but can’t get into Brothers, The Darkness is a more straightforward shooter that has some superb narrative moments.

It’s impossible to make a list of narrative driven games without including Firewatch. Yes, it was praised for its story, incredible voice acting and character work, but it’s still not the household name Gone Home has become in the ‘walking simulator’ genre of first person exploration games. For my money, it’s the best one in the genre. A game about sorrow and distraction with a story so compelling your mind is rare to wander, even in the most beautiful landscapes.

This is a strange one on a couple counts. Kentucky Route Zero is an episodic magical realist adventure game that has as much in common with David Lynch as it does Bob Dylan. Over the past handful of years, the two person team of Cardboard Computer has slowly trickled out episodes of this point and click. The final one has no current release date, but you can play episodes I-IV when you purchase the game, which if it sounds like your thing, is totally worth.

Speaking of Lynch (myself and a lot of game developers are clearly big fans), THIS is the game for Twin Peaks fans who love story but hate themselves. Driving around the small town of Greenvale to find the Raincoat Killer isn’t as smooth as a Forza game. Shooting the supernatural baddies you encounter is clumsy and makes you wish you were watching Fire Walk With Me. That being said, this story is full of intriguing twists and turns that fully flesh out the dark sides of the quirky characters. Oh, and remember FK in the coffee. And real-time beard growth.

L.A. Noire was famous for its facial capture tech. But in retrospect the ambitions of a game trying to tell a story in the vein of Chinatown is worth praising. A lot of players fell off when the structure changed drastically in the final act. Honestly it fits the story they were trying to tell and delivers many effective moments. It’s a genre piece through and through, but L.A. Noire warrants revisiting. I wanted to see more from this team, but it’s real difficult to get a game made when you name your next project Whore of the Orient. And when your creative director doesn’t pay you. Probably that. 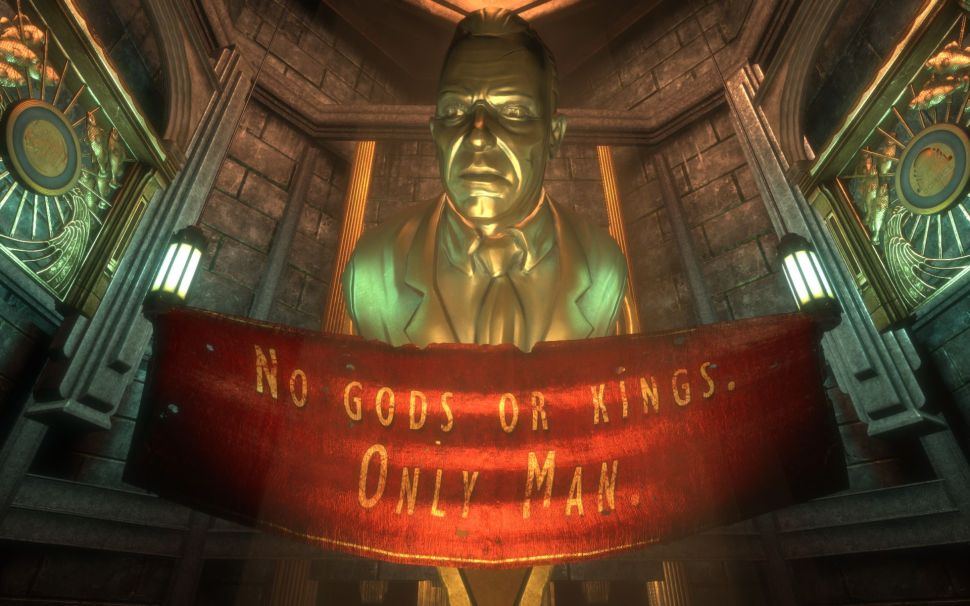