Back in April, archaeologists with Egypt’s Ministry of Antiquities discovered a 3,700-year-old pyramid at the necropolis of Dahshur, outside of Cairo. The mysterious tomb was hailed as unique for possibly being Egypt’s first smooth-sided pyramid, as we previously reported. While only the inner portions of the pyramid remain intact, now archaeologists have uncovered substantial evidence linking the once-magnificent burial monument to the 13th Dynasty King Ameny Qemau, and specifically to one of his daughters, according to the Art Newspaper.

Along with an inscribed block and religious texts, excavations have unearthed what is believed to have been a princess’ burial chambers. Inside, scientists found a sarcophagus, canopic jars containing human organs and wrappings, which were boxed and labeled with inscriptions that alluded to one of the King’s daughters.

There is already another pyramid in Dahshur associated with King Ameny Quemu. Approximately 2,000-feet away from the current excavation site, a pyramid inscribed with the King’s name was discovered in 1957. Why did Dahshur have two pyramids for just one king? The recent discovery may solve that quandary, explains University of Bristol research fellow Aidan Dodson, speaking with Live Science.

“The pyramid is not of a type appropriate to a princess. It must therefore have been built for a king, but then usurped for her burial,” says Dodson. “The Ameny Qemau text suggests that he may have usurped the pyramid built for his predecessor for the interment of one of his daughters, as there is no reason why he should have built two pyramids of his own.” 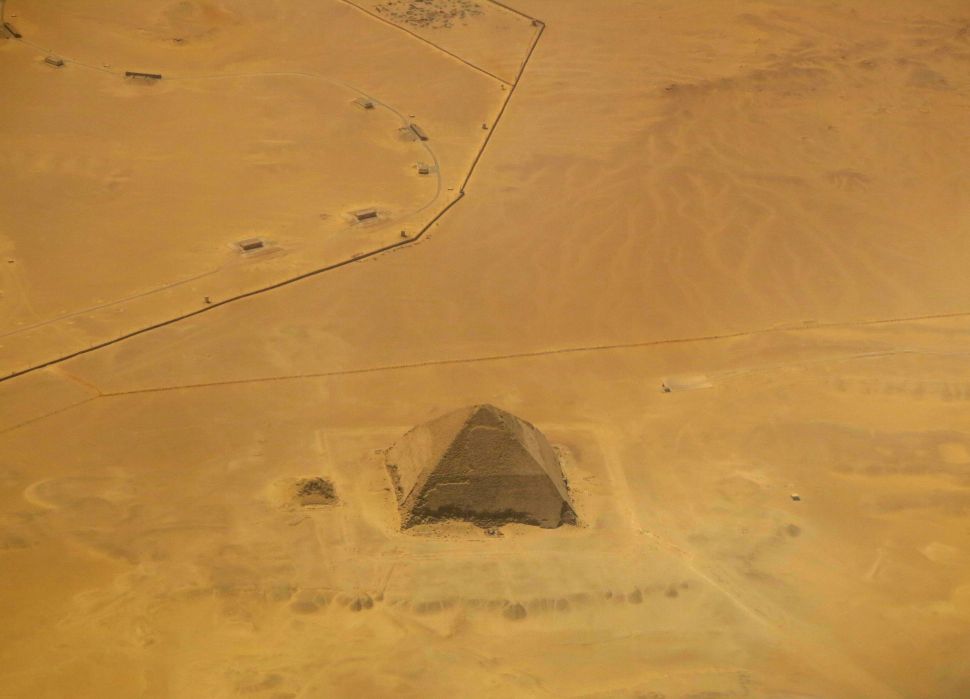