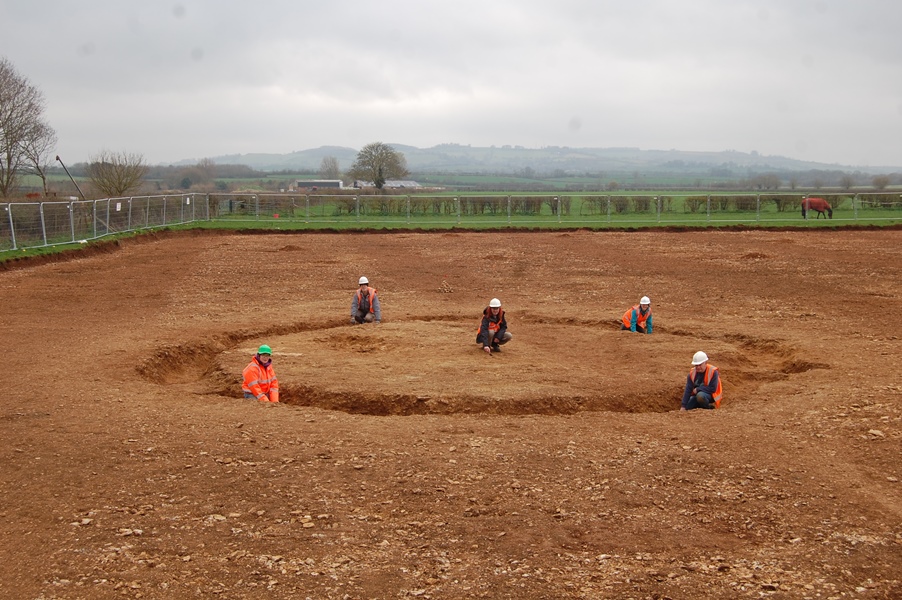 The Newbold Henge, uncovered during a survey for a housing development planned for Newbold-on-Stour in Warwickshite County.
Warwickshire County Council 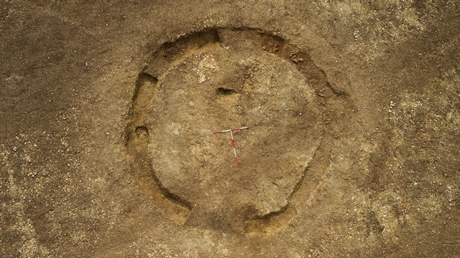 An aerial view of the Newbold Henge.
Warwickshire County Council 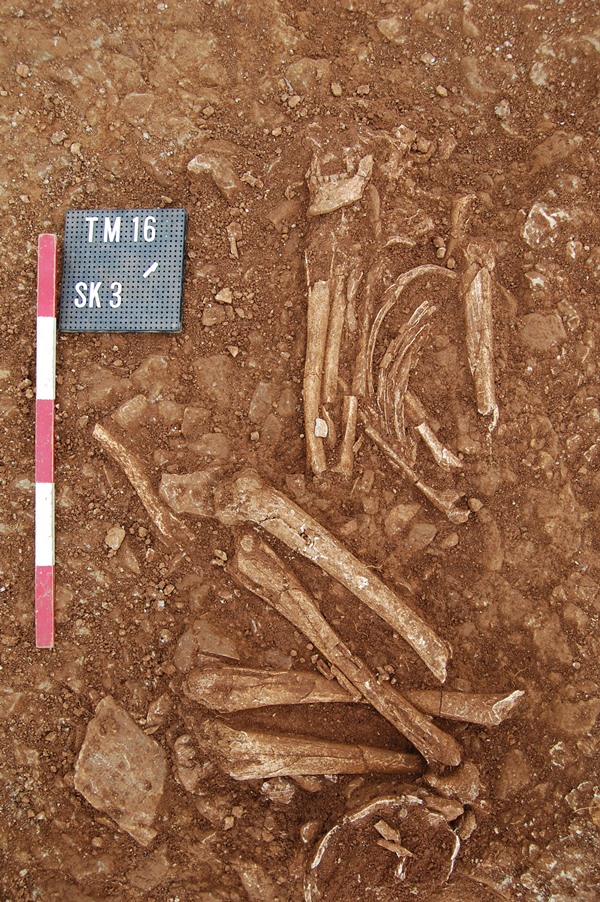 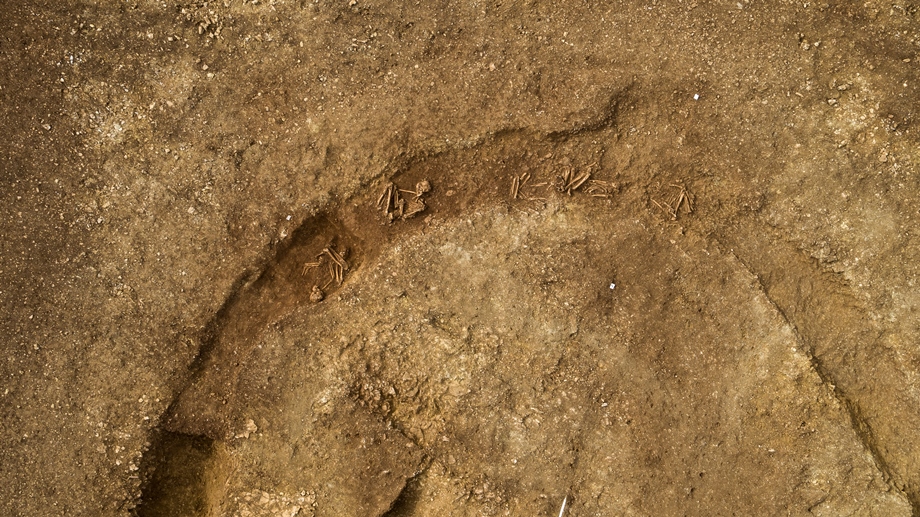 A detail of the Newbold Henge shows bodies buried within its circular ditch.
Warwickshire County Council 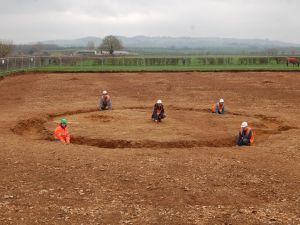 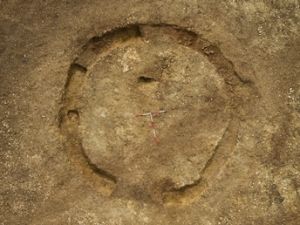 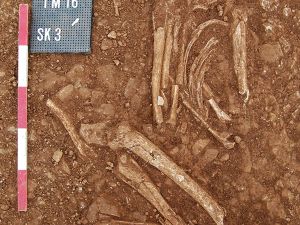 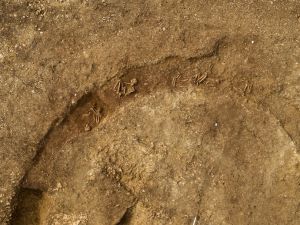 Finding very old things is not uncommon in Europe, but finding a 4,000-year-old henge is special indeed. Just in time for Memorial Day here in the U.S., archaeologists in England have uncovered yet another mysterious henge in the countryside, reports Live Science.

While completing a geographic survey for a housing development in Newbold-on-Stour in Warwickshire County, developers discovered the remains of a henge monument comprised of a large circular ditch along with five carefully arranged bodies.

Archaeology Warwickshire said in an statement on the Heritage & Culture Warwickshire website, “This is a tremendously exciting find with the potential for an amazing insight into Neolithic life through the study of our ancient ancestors.”

On the unusual condition of the human remains, the team’s announcement explained, “The people had been buried carefully as none were placed on top of another and the three middle burials were facing west out from the henge, while the two outer ones were facing east, into the henge. This apparently deliberate arrangement suggests that the people being buried were a group of some kind, possibly family members and that the people burying them knew where the others were buried.”

While world famous henges such as Stonehenge and its neighbor Woodhenge in Wiltshire, or the Standing Stones of Callanish on Scotland’s Isle of Lewis, are notable for their large megalithic structures, Newbold’s henge is defined by a simple earthwork structure. The Archaeology Warwickshire team has said that they believe the Newbold Henge dates to near 2000 B.C., and hope the human remains found inside will shed more light on the exact time of its construction. Four similar structures have been found in the region, in Bidford-on-Avon where the cremated remains of 11 individuals were also uncovered.