A rag-tag group of team misfits who start their own zine in the alley behind the high school.

A movie star who brings way too many dates to his red carpet appearances as a publicity stunt.

A bunch of friends who live together in a too-small apartment, learning about love and life along the way.

Actually, just the TV show Lost. Note: I have not seen Lost either.

Also a bunch of friends living together in a too-small apartment, but this episode they go to Pride.

Santa Con, if it were actually that group of Italian Vampires from Twilight and their leader was Kirstin Dunst from Interview with the Vampire but grown up.

A guy with six imaginary friends who give him date advice.

When Bethany loses her job, she has nothing to do but move in with her grandmother… in Tuscany. But can she learn to believe in love again? 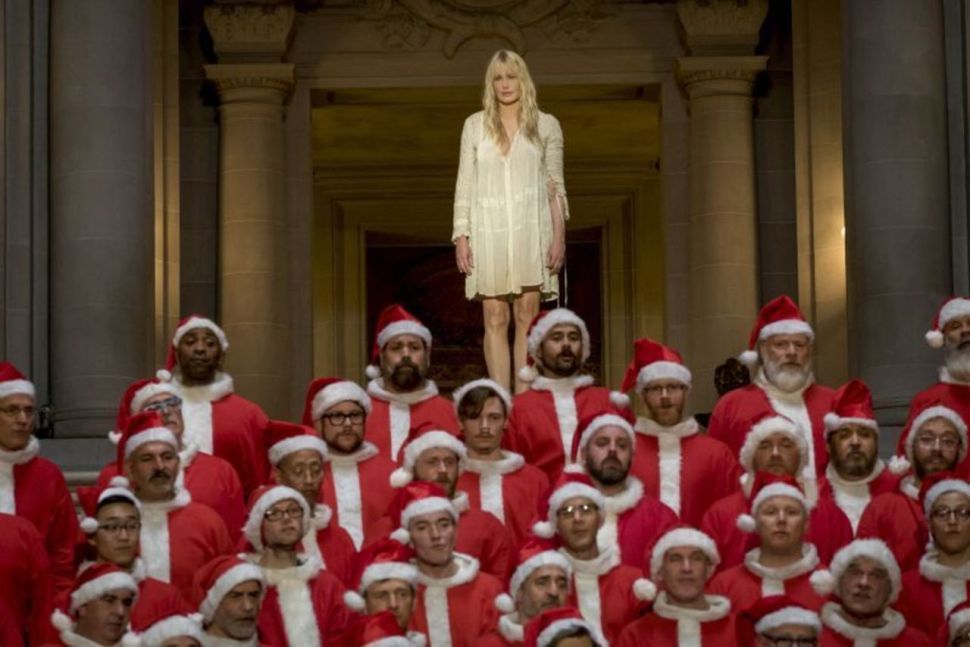