This guy is definitely a virg, right? I meant, that isn’t meant as criticism, but it is a logical fact that that dude is 100% a virgin. He was in the medical testing center, and then he was badly burnt, and then he spent 20 years plotting the elaborate murders of those who had wronged him. Getting laid did not factor in. Again, I do not mean this as a criticism, but I do want us to get all of the facts.

What a freaking dork. Honestly. Were the bangs necessary for this look? Did you really need your vigilante persona to have the hairdo “second grader with a lazy mom?” Look at old paintings of Guy Fawkes—his hair is almost always covered by his hat. You could have gotten away without the bangs. 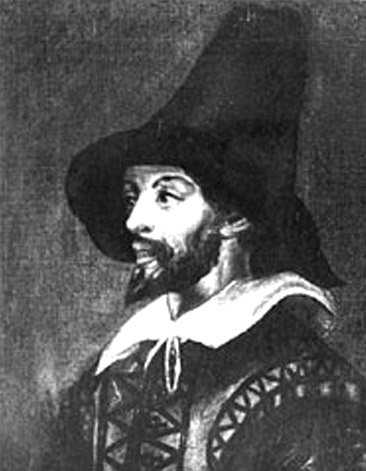 We get that you’re obsessed with The Count of Monte Cristo, but the swords and throwing stars and knives are really dorky. This is like, 2050 or whenever. Everyone is using guns. Pulling out a throwing star doesn’t make you a more gallant murderer. You just seem like that weird white kid who gets waaaay too into Japan.

It feels very on brand that this guy feels like he can pull off a hat.

That speech when you first meet Evey. Oh honey. How long did you spend in your little cave writing and rehearsing that?

If it’s been a while since you saw the movie, here is the speech he gives when he rescues Natalie Portman’s character from some thugs:

“Voila! In view humble vaudevillian veteran, cast vicariously as both victim and villain by the vicissitudes of fate. This visage, no mere veneer of vanity, is a vestige of the ‘vox populi’ now vacant, vanished. However, this valorous visitation of a bygone vexation stands vivified, and has vowed to vanquish these venal and virulent vermin, van guarding vice and vouchsafing the violently vicious and voracious violation of volition. The only verdict is vengeance; a vendetta, held as a votive not in vain, for the value and veracity of such shall one day vindicate the vigilant and the virtuous. Verily this vichyssoise of verbiage veers most verbose, so let me simply add that it’s my very good honour to meet you and you may call me V.”

Can you imagine how excited he was that he finally had the chance to give the speech that he had been practicing along in front of the mirror for the past 4 years?

It also should be noted that Natalie Portman’s character gives literally the perfect response.

I’m actually pretty surprised he didn’t start the speech by calling her m’lady because that’s how big of a freaking dork he is.

Hey, V, did you have fun with your little domino circle that you spent hours on for only you to enjoy? No one else was there with you. It’s not like you were recording it and putting it on YouTube. He just did that for his own enjoyment, in the shape of his own name, probably while he had Evey hostage, bald and starving half to death in a makeshift prison he concocted for his own weird control games.

Remember when V sends Evey to pretend to be a prostitute for the old creepy priest guy and she’s wearing a short, flouncy dress? Did… did V just have that dress, and makeup, and a curling iron for her? I’m not saying V spent 19 years flirting with a mannequin in that dress, but I’m not not saying it.

The pink shoes too Warner Bros.

Literally everything V says to Evey is the most cringey stuff I have ever heard. He is like a college freshman that doesn’t shower enough but read The Art of War so he thinks he understands everything there is to know about human nature. If Evey had rejected him he would have typed an 11-paragraph post on r/theredpill. There is a 100% chance he watches anime.

I’m really glad you sparked a revolution, good job, mad props, your society needed that, but sometimes it’s real obvious that you’re a comic book writer’s idea of what “suave” looks like.