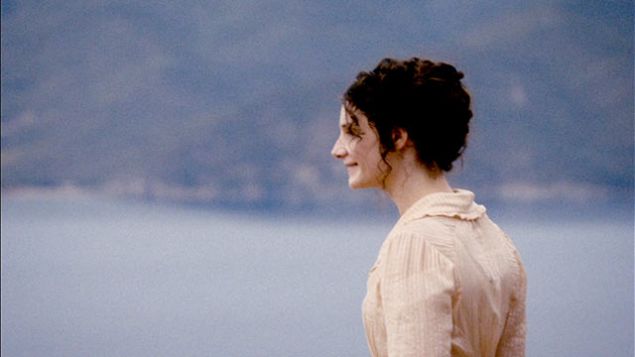 Our lives are defined by our betrayals and our broken hearts.

This is a truism proven daily by the social media accounts of junior high school students and for all time by canonic literature. In A Woman’s Life, French director Stéphane Brizé’s adaptation of Guy de Maupassant’s first novel, betrayals— three major ones over the course of about forty years— become the poles between which hang the soiled laundry of Jeanne (Judith Chemla), a young aristocrat coming to age in Normandy. Not that Jeanne really knows much about laundry, except that it is something that keeps Rosalie (Nina Meurisse), her maid and the only real friend she will have in her lifetime, from hanging out with her. Jeanne has been beset with a 19th-century version of the same virulent type of affluenza that plagues many of the young men and women raised in rich suburbs of today. Instead of staring blankly into her cell phone at the Instagram posts of others’ vacations, she looks out the window of her chateau at a world passing her by; in all the years we know her, in fact, she never leaves her home ground until she is forced to.

With this beautifully rendered live wire of a tragedy, Brizé brings a contemporary vitality to an exacting period recreation in a way that calls to mind Cary Fukunaga’s 2011 take on Jane Eyre. But while that movie was Gothic to its core, A Woman’s Life is strikingly naturalistic, seemingly lit by fireplace flame and window light and shot with a never quite settled Steadicam that gives the viewer the sense that they are a never quite comfortable houseguest. With all of his apparently incongruent shots of rustling trees and restless ocean waves, Brizé clearly shares Sofia Coppola’s reverence for the work of Terrence Mallick, but the director behind 2015’s The Measure of a Man displays a commitment to storytelling that in some ways outshines both directors.

While other films might tell a story of a woman like Jean through the major events in her life— weddings, births, funerals and the like— this one focuses on the otherwise forgotten days that are those moments’ aftermath. There is the dull dinner conversation about cousins where she first meets Julien (Swann Arlaud), the man who will become her loutish skinflint of a husband; the half-remembered day on the beach playing with Paul, the son who will one day blow out her last candle of hope; a giggly game of tag in the garden with Mme de Fourville (Clotilde Hesme), Jeanne’s one shot at a friend not on the payroll. Moments like these float in and out of the languid narrative, giving the sense that memories, even time itself, is collapsing around Jeanne, just like the leaky roof of her childhood home does towards the latter part of the picture.

The transformation of Jeanne from a sweet, dreamy girl to an angry, shellshocked-by-life Grandmother is both jarring and impressively subtle. She begins the film a seaside nymph all bathed in glowing light; by the end, she is a hard creature shrouded in black. The rain— which had carried such light and promise in her youth— is now leaded with cold and darkness. It is a remarkable performance by Chemla, and she is aided greatly by the deft and understated craft displayed in nearly every aspect of the film. In America, it would take a pound of latex and billions of megapixels to age someone 40 years; here, the French pull off the same trick with a few dabs of make-up and a well-placed camera.

In many ways A Woman’s Life, which opened in LA and Chicago this weekend and in New York last week, is the kind of French movie stand-up comedians warn us about. It’s a little long, profoundly sad, and filled with moments of minutia that we are forced to interpret rather than have their intended meanings stapled to them like garage sale signs onto telephone poles. We see the actual life of Jeanne — its leisurely backgammon games and tense visits with truth-telling accountants and condescending priests— and are forced as filmgoers to invent her inner one. Unlike Jeanne’s doomed existence, with its rules shifting beneath her feet as she stares longingly from afar, ours is a deeply rewarding endeavor. 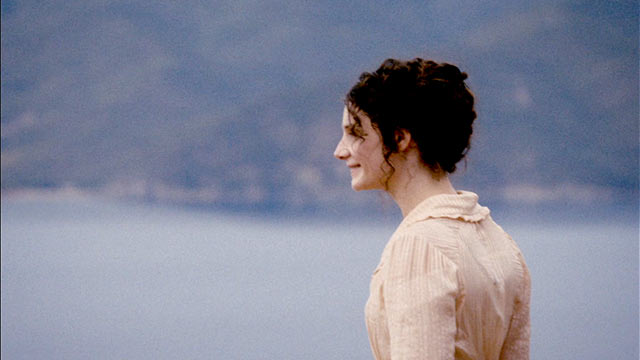