Congressman Adriano Espaillat, the first Dominican-American to serve on the Hill, has lambasted President Donald Trump for his efforts to expel foreign nationals from the United States—but the formerly undocumented lawmaker defended his native country’s recent moves to strip thousands of individuals of Haitian descent of their citizenship, policies Amnesty International warned have “created a human rights crisis.”

A 2013 decision by the Dominican Constitutional Court determined that several hundred thousand residents of the Caribbean nation born to undocumented immigrants are not citizens—even if their parents arrived as far back as 1929. The ruling largely impacted those with family roots in Haiti, which occupies the western half of the same island, and denied them the right to work in the Dominican Republic, to use its social services and to send their children to its schools past the fourth grade.

Under international pressure, the government in Santo Domingo passed legislation suspending deportations for 18 months, during which time children of unauthorized immigrant parents could seek to recover their lost citizenship status—if they could meet stringent standards proving they were born in the Dominican Republic.

“The Dominican Republic is a poor nation, it has its challenges there. But it’s nothing compared to what this guy is trying to do here,” Espaillat told the Observer after a town hall event in the Bronx section of his district last night, defending his home country’s attempts to deal with the issue. “The Dominican Republic has a naturalization, a comprehensive immigration reform act, that has its challenges—I’m not saying it doesn’t have its challenges, it does—but at least they tackled that.”

George Soros’s Open Society Foundations noted that, due to systemic inequalities and discrimination, many Haitian-Dominicans lack the documentation to prove their native-born status. Those individuals have to register as foreigners, obtain a visa and reside in the country for two years before becoming citizens.

The OSF noted that not all of those who went through the program were guaranteed restored naturalized status.

By contrast, all children born on American soil are automatically granted U.S. citizenship under the 14th Amendment to the Constitution, no matter the status of their parents—though Trump has repeatedly expressed interest in challenging this longstanding rule.

The 18-month window for “regularization” closed in summer 2015. Amnesty International estimates that Dominican authorities forced 40,000 people to leave the country and relocate to Haiti between August of that year and May 2016.

Many of those deported had been born in the Dominican Republic or had spent much of their lives there.

The human rights group estimated another 66,000 had fled the Dominican Republic “spontaneously.” The Miami New Times in February profiled numerous Haitian-Dominicans chased from their homes in violent vigilante pogroms apparently overlooked by the central government, and reduced to living in camps in destitute, natural disaster-wracked Haiti.

Espaillat seemed to dismiss or dispute these figures when the Observer alluded to them last night.

“If you have those numbers, you can share them with me. But, you know, I am concerned with the immigration problem there, and—as I mentioned—immigration is a worldwide problem,” he said, before again attacking Trump. “There’s no massive deportation machine in place over there like what he started.”

Espaillat’s family arrived in the United States from the Dominican Republic when he was a child, and overstayed their visa. They eventually had to return to their native nation and reapply to come back to the U.S.

Sources tell the Observer that, while still serving as a state senator representing Upper Manhattan in 2015, Espaillat sought to block a resolution put up by Assemblywoman Rodneyse Bichotte condemning the Dominican Republic’s mass denationalization campaign. Bichotte launched a four-day hunger strike on the Assembly floor that successfully got the resolution passed.

Bichotte lashed out at Espaillat on Twitter after the publication of this article.

@WillBredderman @RepMiaLove @CMMathieuEugene @CitizenPierre Hypocrisy is evil leadership. You can't speak immigration reform in the US and support the genocide of black people in #DominicanRepublic 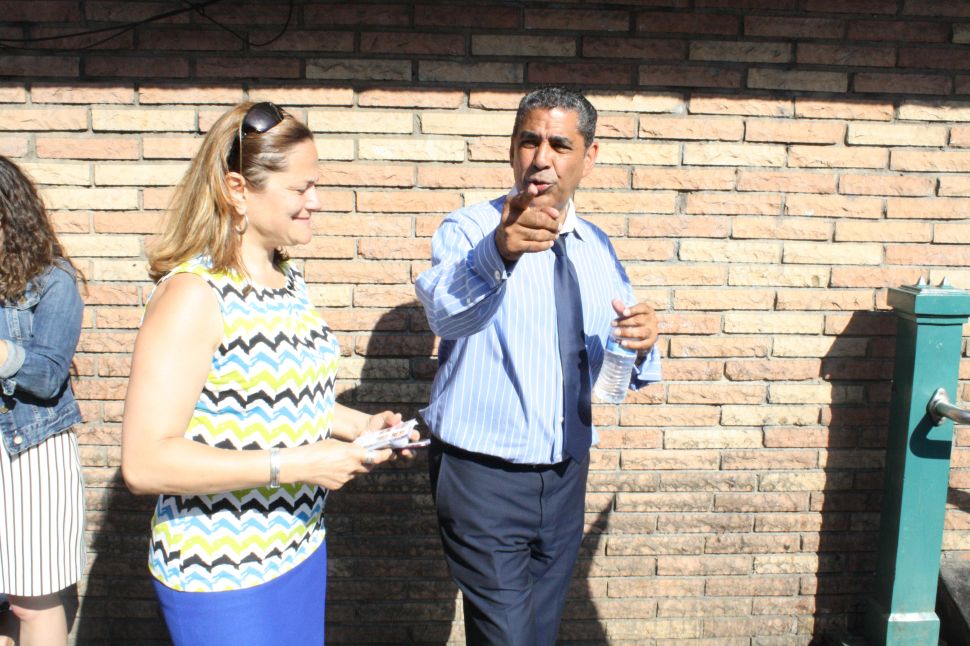