After the House narrowly approved legislation repealing and replacing the Affordable Care Act, House Democrats loudly proclaimed that dozens of Republican lawmakers will lose their seats in the 2018 elections as a result. While I, personally, hope the Senate completely rewrites the bill (or fails to pass anything at all), claims of the House GOP’s impending doom may be exaggerated.

In my experience in politics and government (as Mike Bloomberg’s campaign manager, as deputy governor of Illinois and as Chuck Schumer’s communications director), voters rarely make decisions based on one policy issue—especially in swing districts. Because both parties insist on gerrymandering districts (meaning they draw them so only a Democrat or Republican could possibly win), most races are really decided in the primary. In most safe Democratic districts, the Republican challenger is irrelevant. In most safe Republican districts, not voting for the ACA repeal would be a problem.

According to the Cook Political Report, there are all of 10 toss-up races next year. Even if you add in the leaning GOP (37 seats) or leaning Democratic (18 seats), it’s still only another 55—out of 435 total—and most of those races (if not all) will not hinge on a health care vote. It’d be easier to take the Democrats’ political analysis more seriously if they hadn’t blown control of the White House, the Senate, the House, most Governorships and most state legislatures.

Here’s what most voters are likely to take into account next year:

Is the ACA repeal bad public policy? Yes. We should want more people to have health care, not less. Is the Senate likely to pass anything resembling the House version? No. But either way, the notion that control of Congress will now flip because of the health care vote is extremely specious.

If Democrats want to win over voters, instead of focusing (especially publicly) on the impact of public policy on their electoral prospects, they should focus on helping people in tangible ways that recognize voter needs and fears. Right now, if you ask most voters, Democratic politicians mainly parrot the views of their donors and activists. Voters want politicians who understand their concerns and act on them—not a handful of special interests like Moveon.org, labor and Rachel Maddow. Democrats are only going to win when they finally realize that. 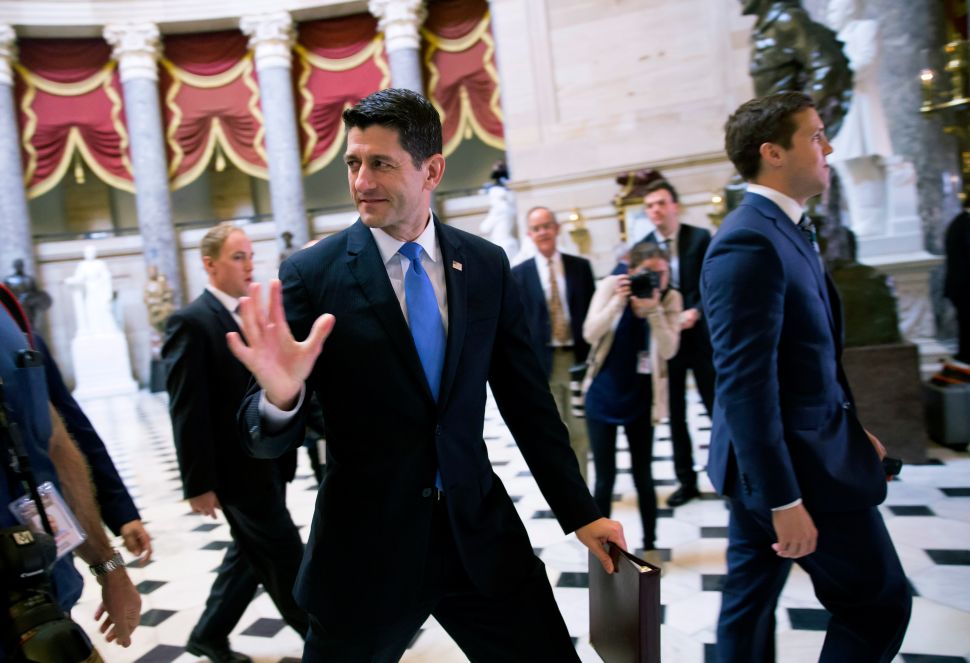