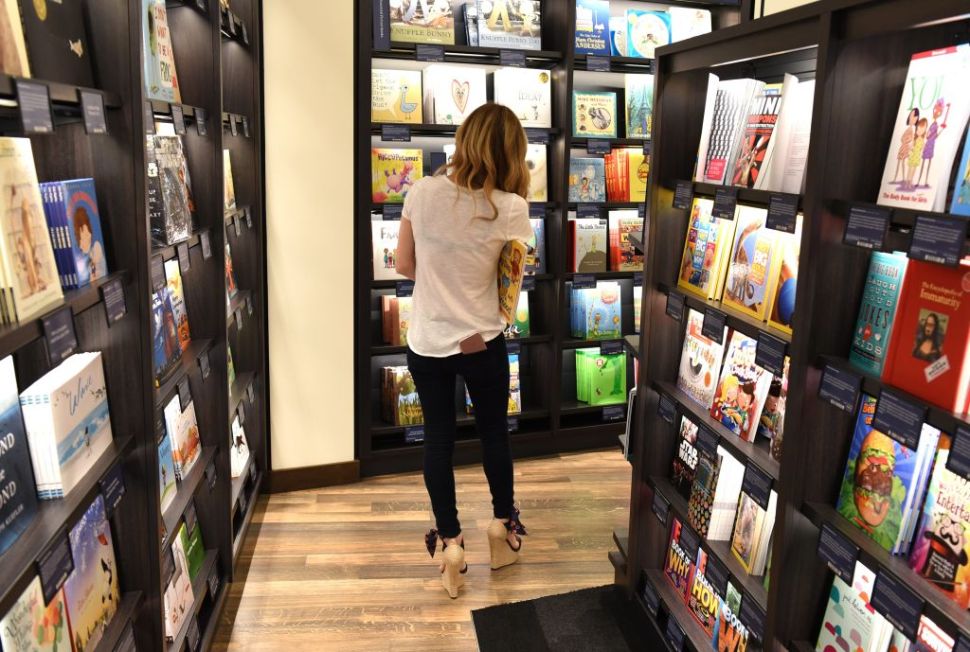 The other day we were having a conversation about the publishing business here at the Observer office, and my editor said: “No one should ever throw out books.”

Really? There used to be books about using Friendster to make your small business grow. Can that get pulped? How about the 2003 edition of The Writers’ Market. What’s your cut off here? Should galley copies of Snooki’s autobiography, A Shore Thing, be in libraries?

People get really precious about books, and so they get really precious about bookstores. “Oh God, I just love to browse a bookstore” people will say. And I used to enjoy it too, until I bought books much faster than I could read them and the sight of a bookstore started to stress me out. Now I have a Kindle and I still buy too many books, but I can’t see them stacking up visibly in my home. It gives me less anxiety.

In my experience, most people browsing bookstores don’t actually buy. They enjoy the aspirational thrill of holding David Foster Wallace’s tome Infinite Jest and thinking about reading it one day, but what they actually do is leave the book where they found it, go home and watch The End of the Tour on Netflix.

Actually, they probably don’t even do that. They add The End of the Tour to their watchlist and catch up on The Big Bang Theory.

I got my perspective on how people actually buy books 22 years ago working at a tiny bookstore inside a minuscule mall in Pittsburg, Kansas. I watched people browse, and I watched people buy. Buying, it turned out, didn’t have a lot to do with browsing, generally speaking. What I didn’t realize as I worked there in those last days before widespread internet and email adoption was that a little innovation at the heart of that bookstore presaged the future of bookselling in America.

Earlier this week, our sister publication Commercial Observer did an analysis of Amazon’s retail strategy, tracing the way it rose up to a $400+ billion company selling everything online, indirectly shutting down retail stores and then counter-intuitively making its own forays into retail. Go read it now, because it’s got more brass tacks. This is just a vignette about what yesterday foreshadowed about today. 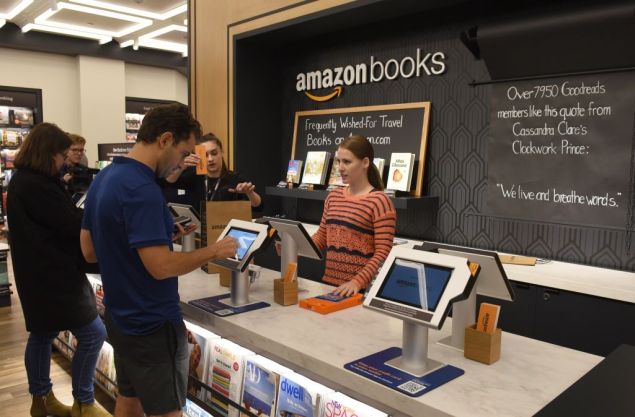 Customers inside an Amazon bookstore. TIMOTHY A. CLARY/AFP/Getty Images

The little bookstore I worked in was called Bookends, and it had room for maybe 20 bookcases and a big magazine stand. It sat between a store for trendy teens and a women’s clothing shop. It was founded by an accountant whose wife was a school librarian. I had a gut-wrenching crush on their youngest daughter, and I used to hang around his store before or after shifts at the J.C. Penney’s down the corridor.

One day, he offered me a job. It came with a little raise, a casual dress code, books galore, a store discount and—sometimes—I would work with his daughter. I quit Penney’s immediately.

This place was still brand new when I started, and it had a clean looking, unadorned decor. The bookcases each had their genres in illuminated black and white letters up on top. No crazy posters. No beaded curtains or hand-painted signs. Just neatly organized racks of books.

If you like books, you want to believe the magic of running a bookstore comes from some ex-literature PhD painstakingly curating their shelves from a million paper catalogs stacked in the back, but it wasn’t like that at all. The store—like pretty much all bookstores—got all its books from a company called Ingram, the big books distributor. It was the Ma Bell of book distribution. I’m pretty sure it still is.

It really demystified the business to learn about Ingram.

In those days, Ingram sent store owners a floppy disk every week with all the books they had available. I never did the orders, but I’m sure it had recommendations and such built in. My boss wasn’t a super bookish guy. He wasn’t trying to sell people on discovering Faulkner. He wanted to move books, so he stuck with stuff he thought would sell in southeast Kansas, but he didn’t stop there.

My boss took the weekly disc and he did something with it that would foretell the rise of Amazon, the fate of his sector of retail and the way we read today.

After he did his orders, he popped the disc out of the computer in the back office and walked it into the center of the store. There, he popped it into another computer that sat on a little hip high desk. From that machine, those of us who worked the floor could do title and topic searches for books when we didn’t have quite what customers were looking for on the shelves.

And that’s what really showed me something about how people shopped.

See, people who were really going to buy something, they usually came into the store knowing what they were looking for. Typically, it wasn’t a specific title—it was a topic. They’d go to the relevant section, look around a little bit. If they couldn’t find something good, they’d come up to one of us working the store and tell us what they wanted. In turn, we’d walk over to that PC and see what we could find. Now, this interface was not meant for the public. It was an old school machine. All the letters on its display were capitalized, and it only had one color—amber.

The records in Ingram didn’t have a ton of detail. Title, author, some keywords, maybe a tiny synopsis and how many copies they had in each warehouse. No images of covers. No customer reviews. No “search inside” function.

In those days, Ingram was unbelievably forgiving about returning unwanted books, so my boss was happy to order anything people thought might be what they were looking for. A lot of times, we found something that just sort of sounded promising based on the title. With so little information, it was hard to say, but if the customer felt confident enough we would write the title and author down on a sheet of paper and stick it into a file for the manager. We filled out a thick stack of those special order forms every week. When the owner did his next order, he’d get everything people had asked for.

When the books came in, we’d give each customer a call. If they didn’t want the title once they got a look at it, we’d just send it back and Ingram would refund the store. The book return policy in those days was incredibly generous.

Using that computer to help customers make special orders proved to be really smart. Not Jeff Bezos-changing-how-the-economy-functions smart, but slightly-improving-the-margins-on-a-tough-business smart. It turned out that if you went to the trouble to order a book for folks, they would usually end up buying it. 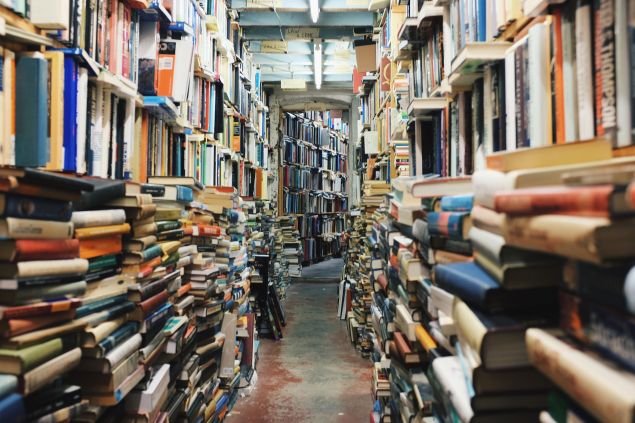 The store was open less than a year when people from Ingram visited to find out what the hell it was doing so well. Somehow, they could tell that we were moving a much greater variety of titles than other stores of our size. It was really just that little PC on the floor, and their weekly floppy disc. It was simple. We were giving customers as much information as we had access to. Why hide it? It proved to be a good strategy.

Well, sort of good. The store shut down when its lease came up for renewal a few years after I left to start college. I don’t remember when exactly, but that might well have been 2001, the same year Amazon turned its first quarter’s profit. Customers could now do a much better version of our special order service online. The writing for bookstores was on the wall.

It’s a disappointing end to the story, but any other ending would have been too good to be true. In all honesty, I’m still more disappointed about the fact that I also never managed to date his daughter. If I could change one part of this story, I wouldn’t save the store. Sorry, man—but thanks for the job. It was a good job.

Here’s what working there showed me: this whole romantic daydream we weave about people smelling the pages of books and wandering through the aisles was never the actual business of selling books. The business is solving problems for people. Sometimes that problem is how to start a vegetable garden and sometimes it is something to read before falling asleep, but people browse to pass time and they buy to solve a problem.

Before information technology, a bookstore made its best guess about what its customers would want, and they were stuck with what they found. That floppy disk proved that they appreciated a way to get just a bit closer. People know what they need when they see it, and their own eyes can find it better than even the most conscientious bookstore owner.

And that’s why it’s no surprise that Amazon’s model of bookselling ultimately turned out to be more powerful than aisle-wandering, page-sniffing approach. That’s a nice recipe for a nerdy first date, but no one actually wants to carry a book out on a date either. They want both hands free for holding.

When people actually stopped in that little store to buy something, they were usually in a hurry to do something else. When you see the business from that perspective, it’s hard to imagine the business would end up anywhere else but online. 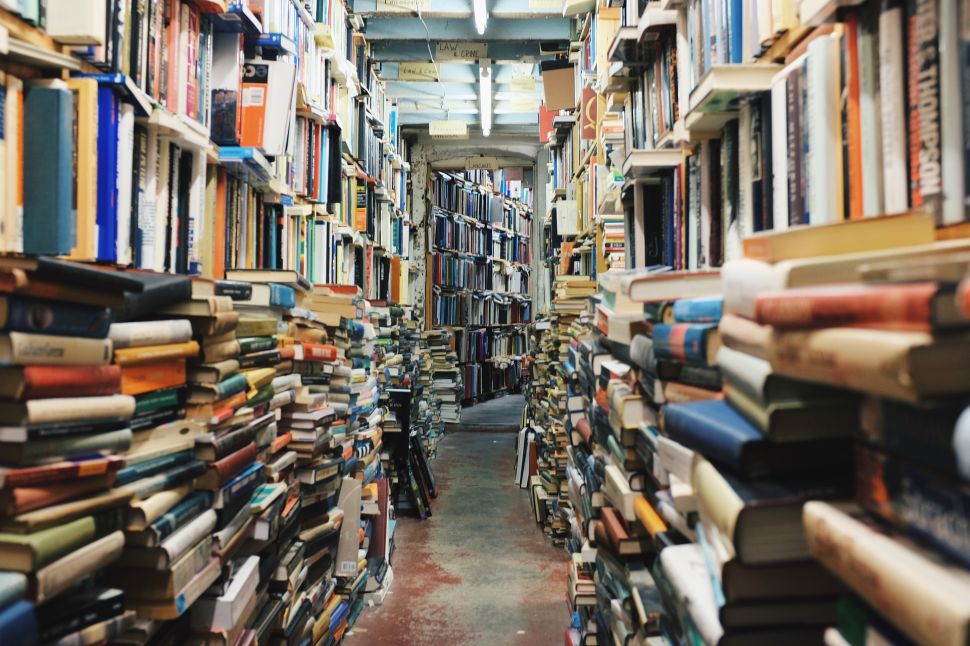