I grew up in the era of the Walkman and the Discman. These devices were critical to my sanity. Portable music players let me tune out my family on long trips. I learned the hard way that not all batteries were the same. Certain brands’ never seemed to last more than a couple hours. The horror of my device sputtering to silence in the middle of a long car ride was not something I’d soon forget. So when I buy batteries now, I never buy the store brand. I pay more for Duracell or Energizer.

That’s the heart of the business of building a big brand, says Scott Galloway, NYU business professor and founder of L2 Inc, a business intelligence firm. Brands spend money on advertising, shelf space and marketing to build a reputation with consumers such that they can command a premium over the generic versions. “Most big brands are good brands, not hot brands,” Galloway says in a talk he released on his company’s YouTube channel. Amazon has already begun eroding that premium, returning the difference to consumers, he predicts.

How can a customer trust Amazon batteries over an established brand like Energizer, though? Dig a little deeper and the answer jumps right out: the AmazonBasics have 13,041 reviews, 86 percent of which have four- or five-star ratings. The Energizer pack has 1,730 reviews, 88 percent of which are four or five star. So perhaps the Energizer’s are still a tiny bit better, but are they enough better to pay twice as much for?

“I think you effectively have a company that has conspired with a billion consumers and technology to destroy brands,” Galloway says.

For him, the recipe for Amazon’s future as the world’s first trillion dollar company lies in the marriage of Amazon Prime and its natural-language-powered home assistants in its Alexa line. Today, 52 percent of US households have a Prime membership. That’s very close to the percentage of households that make $55,000 per year or more. People are willing to pay $99 per year for two-day shipping and a bunch of other ancillary benefits, such as access to the company’s stream of original video content.

Amazon will spend $4.5 billion on original video this year. That’s more than NBC, ABC or HBO. Amazon will outspend them despite the fact that content is those company’s entire business. Further, HBO NOW costs $80 more per year than Amazon Prime, and the latter comes with free shipping on everything from toothbrushes to flat screen TVs.

Amazon is able to deliver all this value to its customers because the company doesn’t worry about making a profit. “Amazon has essentially changed the relationship between companies and shareholders,” Galloway said. “And that is, it has replaced profits with vision and growth.”

Galloway makes a very bold prediction for where Amazon will head from there, which he hypothetically calls “Prime Squared.” The Observer recently covered the latest device in Amazon’s line of voice activated devices, the first with a built in camera. If Galloway’s prediction turns out to be true, it’s no accident that Amazon wants to get more sensors inside your home.

The main business of autonomous vehicles will be delivery, as the Observer has previously predicted, because no one likes going to the store, especially not for boring stuff like paper towels, ketchup and batteries. Galloway envisions a day where Amazon sends Prime Squared members a box every week, one they never placed an order for. They open it, keep what they want and send the rest back. With the nearest Alexa handy, the homeowner can give Amazon feedback through the week about what they would like, about upcoming special events and things they would like to have a look at.

It’s a dark vision for storefronts businesses, if it comes to pass. The dark days may have already arrived. In the first quarter of 2017, there have already been nearly as many retail bankruptcies as there were in the whole of 2016, according to Bloomberg.

Stores are friendly territory for brands. They are places where memories and packaging are all consumers have to go on. Online, they have easy access to much more information. Maybe certain generic batteries really are just as good as the ones that paid for the perpetual motion pink bunny, after all? Either way, it’s a fair bet that the bunny batteries won’t end up in a Prime Squared box.

“When Google launched, I think the sun had passed the midpoint on brand,” Galloway said. He expects that Amazon will usher them into their sunset. “I think this is effectively a war on brands,” he said. 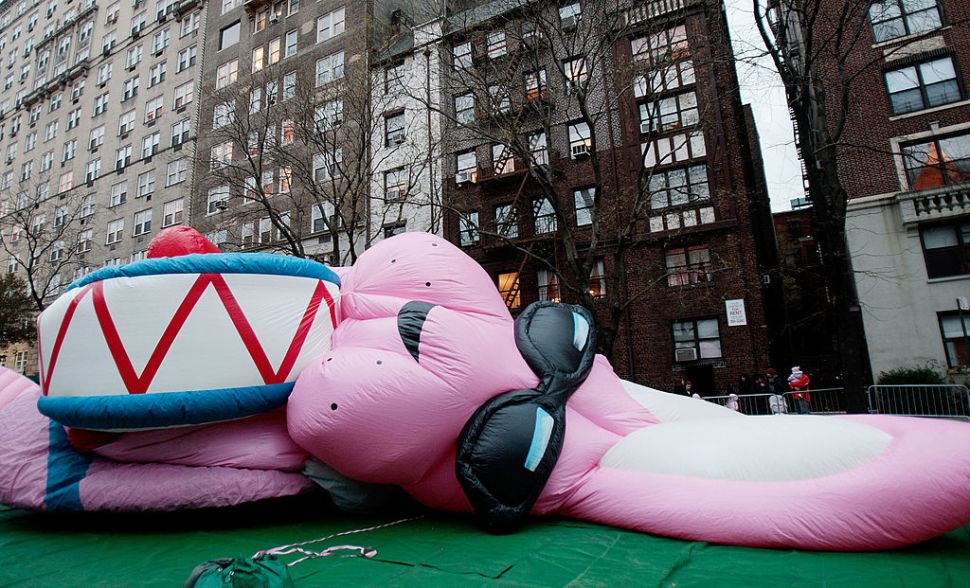