Gov. Andrew Cuomo, leader of the New York State Democratic Party and a rumored 2020 Democratic presidential contender, told reporters today that his party “wasn’t extraordinarily successful” when it wholly controlled Albany— and so he’s doing “the best I can” with the current State Senate, where breakaway Democrats have kept the GOP in power.

Asked whether unified Democratic governance in the state capital would be a net benefit, Cuomo answered in the negative, recalling the period between 2008 and 2010 when his party held the Assembly, State Senate and governor’s mansion—a period characterized by infighting, backbiting, chaos and corruption scandals. After a special election in Harlem this month, registered Democrats will almost certainly enjoy a slim numerical edge in the 63-seat body, but conservative Brooklyn State Senator Simcha Felder caucuses with the Republicans, and the eight-member Independent Democratic Conference has enjoyed a power-sharing arrangement with the GOP leadership for almost five years.

Both New York and national Democrats have urged the governor to step in and pressure Felder and the IDC to return to the party fold, but he has steadfastly refused.

“Look, we’ve had a unified Democratic government in Albany and it’s not a hypothetical,” Cuomo told the Observer today. “We’ve had it. It wasn’t extraordinarily successful, so I work with the Assembly and the Senate that I’ve been given and I do the best I can.”

Asked whether Democratic control would be better for the state, worse or the state or make no difference at all, the governor would only repeat his personal party affiliation.

“Well, I am a Democrat, so I support Democrats,” Cuomo said.

The governor’s office pointed out that he recently endorsed Brian Benjamin, the Democratic candidate for the vacant Harlem seat and virtual sure-bet winner.

A Democratic Senate spokesman would not criticize the governor for his remarks, and only made a plea for progressive unity. Scandals have ripped through both parties in the upper chamber since 2010, replacing much of the leadership on both sides of the aisle.

“In less than three weeks Democrats will comprise a majority of the New York State Senate and have the chance to be a progressive beacon to the rest of the nation,” said Mike Murphy, noting that the party unilaterally controls only six other state governments across the country. “In the dangerous age of Donald Trump, all Democrats should recognize this historic opportunity to unite as a majority and work together to lead this great state forward. “

The governor has had a cozy relationship with State Senate Republicans during most of his tenure in office, particularly the moderate faction from Long Island. In his first term from 2010 until 2014, they enabled him to pass gun control legislation and gay marriage legalization, and supported his pro-business agenda.

In exchange, he did not campaign or raise money for State Senate Democrats until last year. Cuomo had a severe falling out with both GOP Majority Leader John Flanagan and Democratic Assembly Speaker Carl Heastie earlier this year over legislative pay raises, leaving State Senator Jeffrey Klein—leader of the IDC—one of his few true allies left in the State Legislature.

State Senator Marisol Alcantara, Brooklyn State Senator Jesse Hamilton and Queens State Senator Jose Peralta all joined the IDC over the past six months. The agreement with the Republicans has allowed IDC members to hold committee chairmanships and receive special salary stipends for those posts.

The IDC has maintained that Klein uses his position to push forward progressive policy items that would not be able to be passed in a Republican-run State Senate. Earlier this month, Heastie was said to be still weighing meeting with the quarreling Democratic factions to try to forge a unification deal.

Sources tell the Observer Cuomo himself has sat down with state senators from the mainline Democratic conference to discuss the possibility of a compromise. But rhetorical clashes between the IDC and the larger caucus have grown increasingly acrimonious. 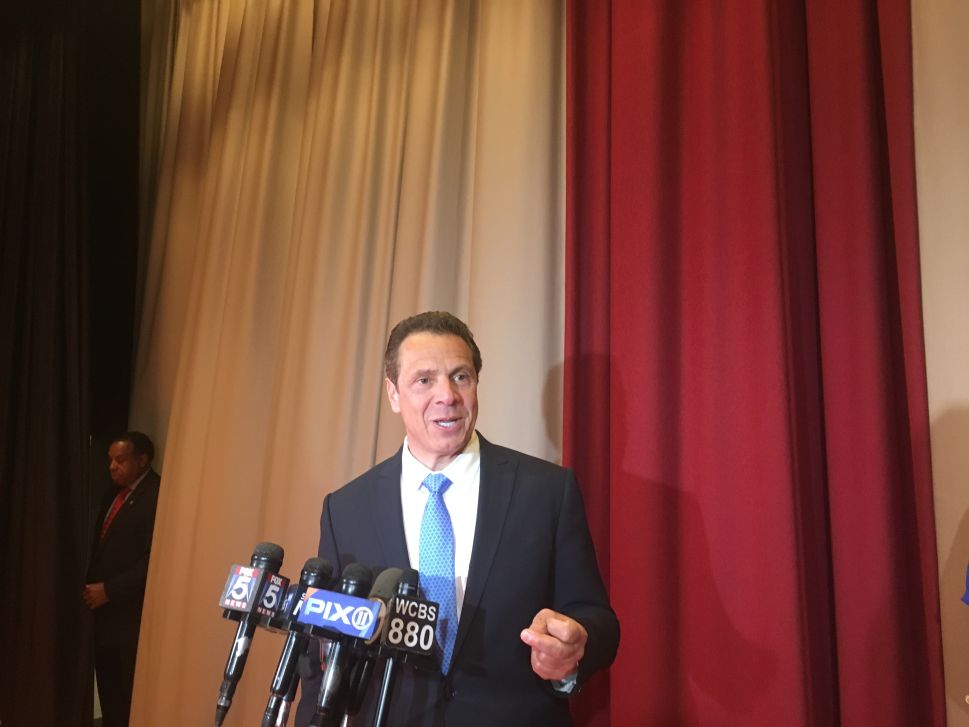