Former Congressman Anthony Weiner, who recently pleaded guilty in an underage sexting case, got his start in politics working as an intern for Senate Minority Charles Schumer when Schumer was a congressional representative in 1985. He used his relationship with Schumer to catapult his own political career. Salon reported in 1988 that Weiner was considering moving to Florida to capitalize on several political vacancies in the state, but Schumer convinced Weiner to join his staff as district director. In 1991, New York City Council expanded their seats from 35 to 51, paving the way for Weiner to run for a seat within Schumer’s district. Though initially an underdog, Weiner anonymously pushed out a race baiting flier smearing his opponent in the race, Adele Cohen, only to later admit he was behind it. Weiner won the race at 27-years-old, the youngest New York City Council member in the city’s history.

When Schumer decided to run for the Senate in 1998, Weiner opted to run for Charles Schumer’s congressional seat. Politico reported that Weiner heavily leaned on Schumer throughout his campaign.

“My greatest advantage is that I worked for Schumer for six years,” Weiner said. “I think that my longstanding and very close relationship with the congressman will inure to my advantage.”

In a closely contested race in which he ultimately won Schumer’s endorsement, Weiner won the seat with 29 percent of the vote in the Democratic primary. Though Schumer won his Senate seat, he would have to compete for attention and political bravado with Hillary Clinton, who ran and easily won New York’s other Senate seat in 2000. Schumer used Clinton to his advantage, taking over the Democratic Senatorial Campaign Committee in 2006 in anticipation that Clinton would be running for President in 2008, thereby bolstering his own status within the Democratic Party.

For Weiner, he had his political ambitions set on becoming mayor of New York City. After being pressured out of New York City mayoral runs in 2005 and 2009, Weiner upset his congressional colleagues in 2010 after going on a highly publicized rant on Republicans’ obstructionism, undermining the bipartisan efforts for a 9/11 health care bill that some of his Democratic colleagues were working on. Weiner continued exploiting political theatrics to garner support from liberal activists upset over Republican obstructionism to fan the flames of outrage in his favor.

Then, news broke that Weiner sent a suggestive photo to a 21-year-old woman from Seattle. Other women began coming forward about their sexting experiences with the congressman, leading to his resignation from Congress in 2011.

In 2013, Weiner planned a political comeback, hoping to finally win New York City’s mayoral bid. Another sexting scandal came to the light, derailing those ambitions and destroying what was left of his political career. Under the pseudonym Carlos Danger, Weiner sent explicit photos to a 22-year-old woman that were leaked to a gossip site, inciting another media frenzy. Another sexting scandal, one purported to last several months, was broke by the Daily Mail in 2016, that involved a 15-year-old girl and provoked a criminal investigation.

The attention was even greater given Weiner that is married to longtime Clinton aide Huma Abedin. During an FBI investigation into Weiner’s laptop over allegations that he sexted a 15-year-old girl, FBI Director James Comey announced less than two weeks before the 2016 presidential election that Hillary Clinton’s private email server investigation would be reopened after emails were found on the laptop forwarded from Abedin. Though the new emails proved to offer no new information in the case, Clinton partisans attacked Comey for the decision and cited it as the reason for her loss.

On May 19, Weiner pleaded guilty in federal court to transferring obscene material to a minor, waiving his right to appeal to a prison sentence 21 months to 27 months and requiring him to register as a sex offender. Weiner, released with bail pending, is scheduled for sentencing in September.

“Today, former Congressman Anthony Weiner admitted and pleaded guilty to sending sexually explicit images and directions to engage in sexual conduct to a girl he knew to be 15 years old,” acting U.S. Attorney Joon H. Kim said in a statement. “Weiner’s conduct was not only reprehensible, but a federal crime, one for which he is now convicted and will be sentenced.” 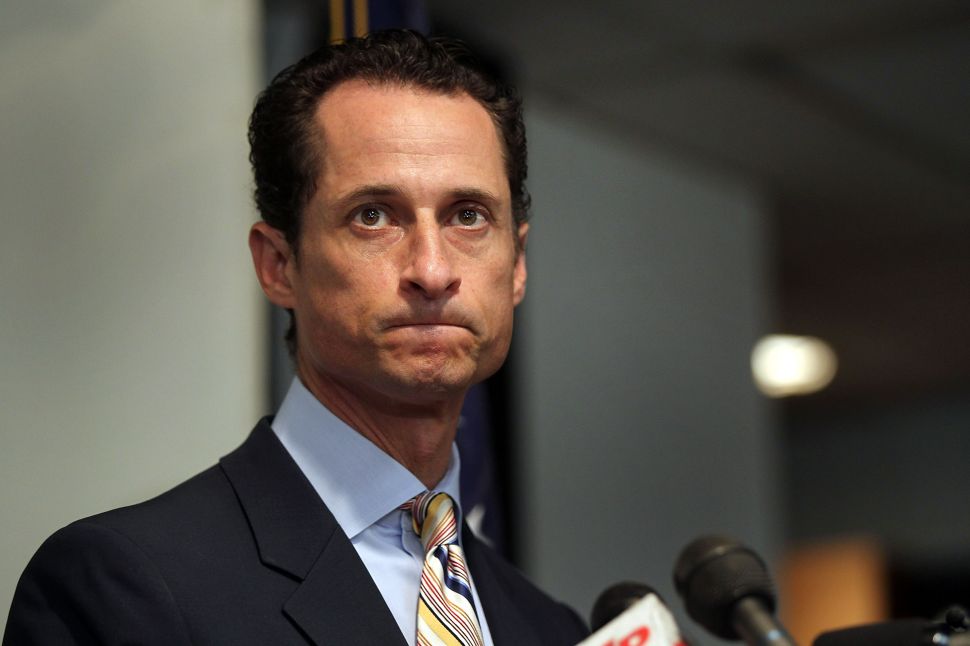