“We did not make ‘Down’ with the intention that it would be this runaway single,” says Samantha Gongol about the song that has turned into exactly that. “If you were to tell us that it’d be in the Top 20 on radio we would have been like, ‘No way.’ It’s all been a crazy ride and fantastic surprise.”

Gongol and her cohort Jeremy Lloyd, the duo that make up Marian Hill, are still processing the mainstream smash their single “Down” has become.

Combining elements of jazz, pop, and electronic into their own unique musical blend, the single that first came out this time last year has suddenly become the breakout hit of 2017, catapulting Marian Hill onto the top of the charts. And oddly enough, it’s all thanks to an Apple commercial.

Featuring the dancer Lil Buck, the black-and-white spot that premiered earlier this year showcases Buck shimmying down the street and up the sides of buildings, all to the tune of “Down” in its full, unadulterated glory.

Giving the duo an extra boost of notoriety is the fact that their name, song, and album title is clearly seen within the ad’s first five seconds, an invaluable easy way for fans of the track to find it themselves.

“We were pretty cautiously optimistic when we heard Apple chose ‘Down,’ ” notes Lloyd. “We have had songs in big commercials before and they’ve done decent things for us. For Apple, there were definitely people around us who were like, ‘This is going to be huge!’ But we’ve been around the block and just wanted to see how it played out.”

The commercial, and song, quickly went viral upon its premiere and the duo soon found themselves on the top of the iTunes charts. Spotify and Shazam soon followed, cementing their breakout success.

For the duo, the sudden success of “Down” is the result of years of groundwork with a variety of viral singles behind them, from the similarly jazzy “Got It” to the sultry “One Time,” all which feature their trademark sax. (The Observer first profiled Lloyd and Gogol as a South by Southwest Artist to Watch in 2015.)

The irony of the piano-driven “Down” is that Lloyd initially tried to stay away from even using the instrument in the first place. “I thought using a piano was cheesy so much of the time,” he remembers of the song’s origins. “But we were at a studio at Republic [Records] one day and I happened to be noodling around on one. I just started playing the riff featured in ‘Down’ and was like, ‘Is this good?’ Sam thought it was great and we wound up writing the verses pretty quickly, trying to capture this very chill, spacious vibe.”

The crescendo-chorus of the track soon followed.

“Once we finished the verse, I had the idea that we should do a drop without a build,” remembers Lloyd. “I thought that the drums should just crash in out of nowhere around the piano. It was one of those rare moments when I knew exactly what it needed to sound like. Much more often I’m tinkering around, but I knew just what I wanted.”

Initially released as a single in March 2016 from their debut album Act One, “Down” experienced respectable success in the interim before Apple came calling. “I think the reach this commercial has had has exceeded every expectation,” says Gongol. “That’s a credit to Apple, a credit to Lil Buck for dancing, and a little bit of credit to our song being dope.”

Along the way, the duo, who are currently based in New York, has leaned on each other for support and guidance.

“We talked a lot about our partnership early on, especially when we had all of these decisions to make,” Lloyd points out. “What manager should we go with? What label should we go with? Do we play this show or not? There are all these decisions that come up and we had a few moments thinking how it’d be crazy if it was just one of us. Having an equal partner is a huge asset.”

With “Down” a global hit, they’re now angling to capitalize on their level-up in the mainstream music consciousness. “We’re trying to work as much on new music as we can, and it will come out when stuff is ready and it feels right,” Lloyd explains.

Marian Hill kicks off its summer U.S. tour at Brooklyn Steel on May 22 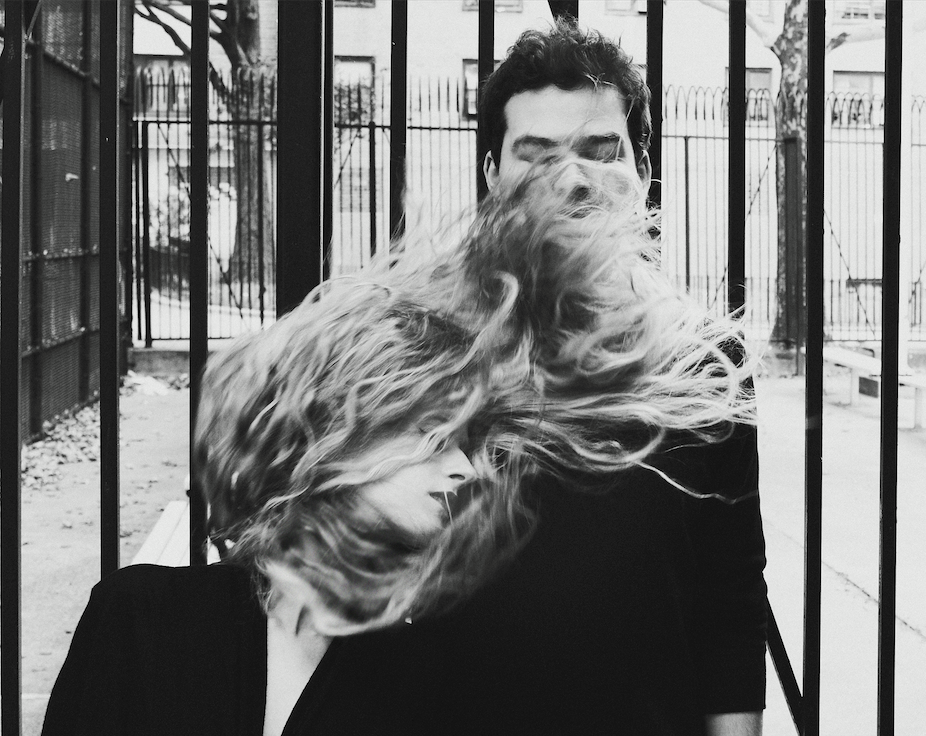