Harrodsburg’s Corning plant and its neighborhood, in 2013. Google Street View

Apple has announced a commitment to invest a billion dollars in American manufacturing, but don’t get too excited about what that means in terms of US employment. Its first investment from the fund has already been announced: it will put $200 million into Corning, targeted at its Harrodsburg, Kentucky facility, as Mac World reported. It was in Harrodsburg that the durable material that debuted on the original iPhone was first made.

But that Apple infusion probably won’t add up to much in terms of jobs, at least not in the short term.

At a press conference on May 12 at the Harrodsburg plant, Apple’s COO Jeff Williams and Corning CEO Wendell Weeks announced the commitment, while Senate Majority Leader Mitch McConnell, there for the photo op, just sort of pointlessly looked on.

“Corning and Apple have collaborated for more than a decade to launch new innovations, including Gorilla Glass,” Weeks said.

“It warms my heart that in the middle of beautiful horse country, the most advanced technology in glass in the world is happening right here,” Williams said. “It’s really neat.”

Neither executive offers much in terms of what the money will actually be used for. A press release from Apple said the funds would go to R&D, new equipment and glass processing. Apple declined further comment. Weeks did offer a sort of hint in one comment, when he said, “One of the reasons Apple is such a successful innovator is because they recognize that product innovation depends on process innovation.”

“Market leadership can be won or lost on the manufacturing floor,” he added.

“I just wanted to come by—having nothing to do with this announcement myself—and just tell you how proud I am of what you do here.”—Senate Majority Leader Mitch McConnell.

Corning itself announced an investment of $186 million in the Harrodsburg plant in 2010, which came accompanied with public tax incentives, requiring it to create and maintain a certain number of new jobs in the area, so Corning committed to creating 80 new jobs.

There was no public funding involved in this new investment, and so neither company has made a public commitment to job growth.

“This investment will sustain the 1,000 American jobs (400 in Harrodsburg) that were created since 2007 due to our relationship with Apple,” Daniel Collins, a Corning spokesperson, wrote the Observer in an email. “It also provides the potential to grow employment in the Harrodsburg facility as Corning’s new advanced manufacturing system comes on line.”

Since launching with the iPhone, Gorilla Glass has expanded across the electronics market and has recently established a toehold in the automotive sector.

Harrodsburg is an interesting place, from an industrial perspective. The town sits about 30 miles southwest of Lexington, and it also has a Hitachi automotive electronics plant that employs nearly three times as many people as Corning and a small plant owned by a Toyota subsidiary, according to the local Chamber of Commerce. All that in a town with only around 8,300 people.

“Corning Gorilla Glass is manufactured in Kentucky, South Korea, Japan and Taiwan,” Corning discloses in its 2016 annual report. The same list in its 2011 report did not include South Korea.

The numbers help to illustrate how expensive it is to create jobs in the era of automation. At $186 million for 80 jobs, that’s roughly $2.3 million per job. This $200 million doesn’t come with the promise of anything, though it’s hard to imagine that it won’t lead to any new hires.

Apple hasn’t blown the public away with a new product in years, but it is the only electronics maker whose gizmos double as luxury accessories. It’s the largest company in the world, by market capitalization, with the potential to become the world’s first trillion dollar company, as CNN Money reported. It claims to have created two million jobs across all 50 states, mostly through the app store economy.

By committing to investing some of its enormous war chest into developing the American economy, Apple is creating growth in a country with modern labor and environmental laws. It’s a good example to set for its fellow corporate giants. But the prior investment by Corning shows how hard it is to scale up blue collar gigs as software eats the world. 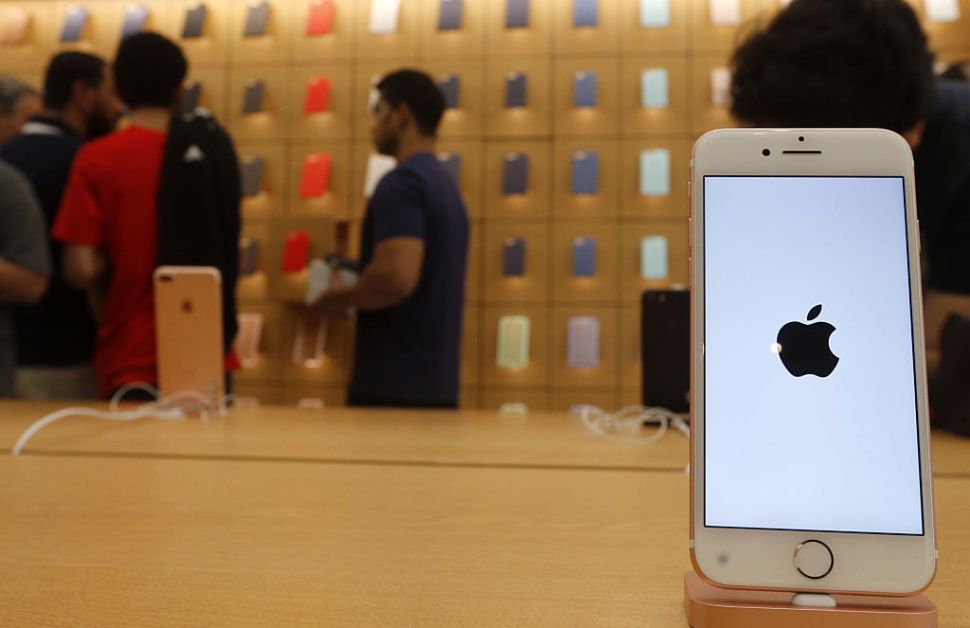