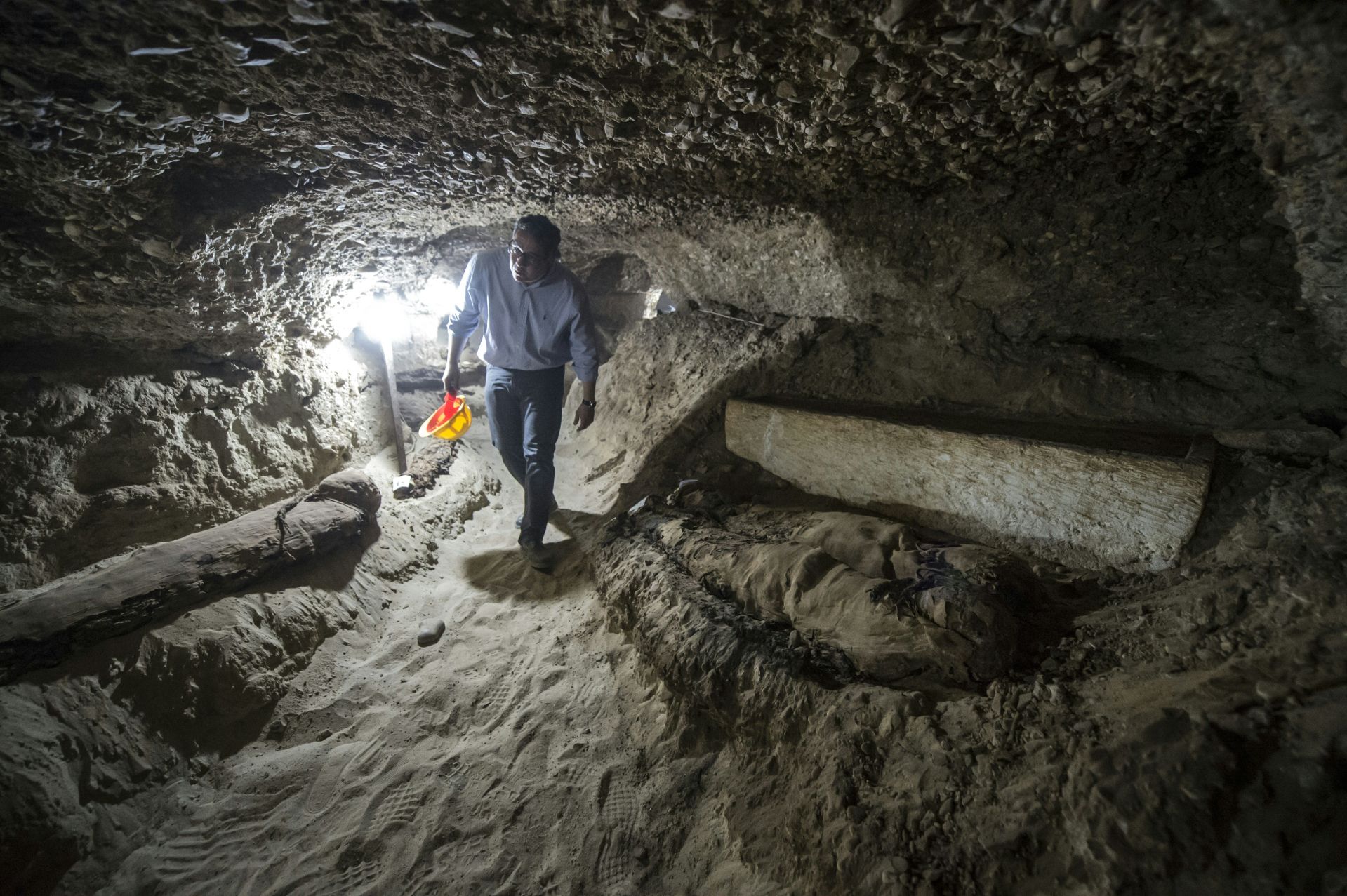 Egyptian Antiquities Minister Khaled el-Enany walks inside catacombs on May 13, 2017, as he shows mummies to the press following their discovery in the Touna el-Gabal district of the Minya province, in central Egypt.
Khaled Desouki/AFP/Getty Images 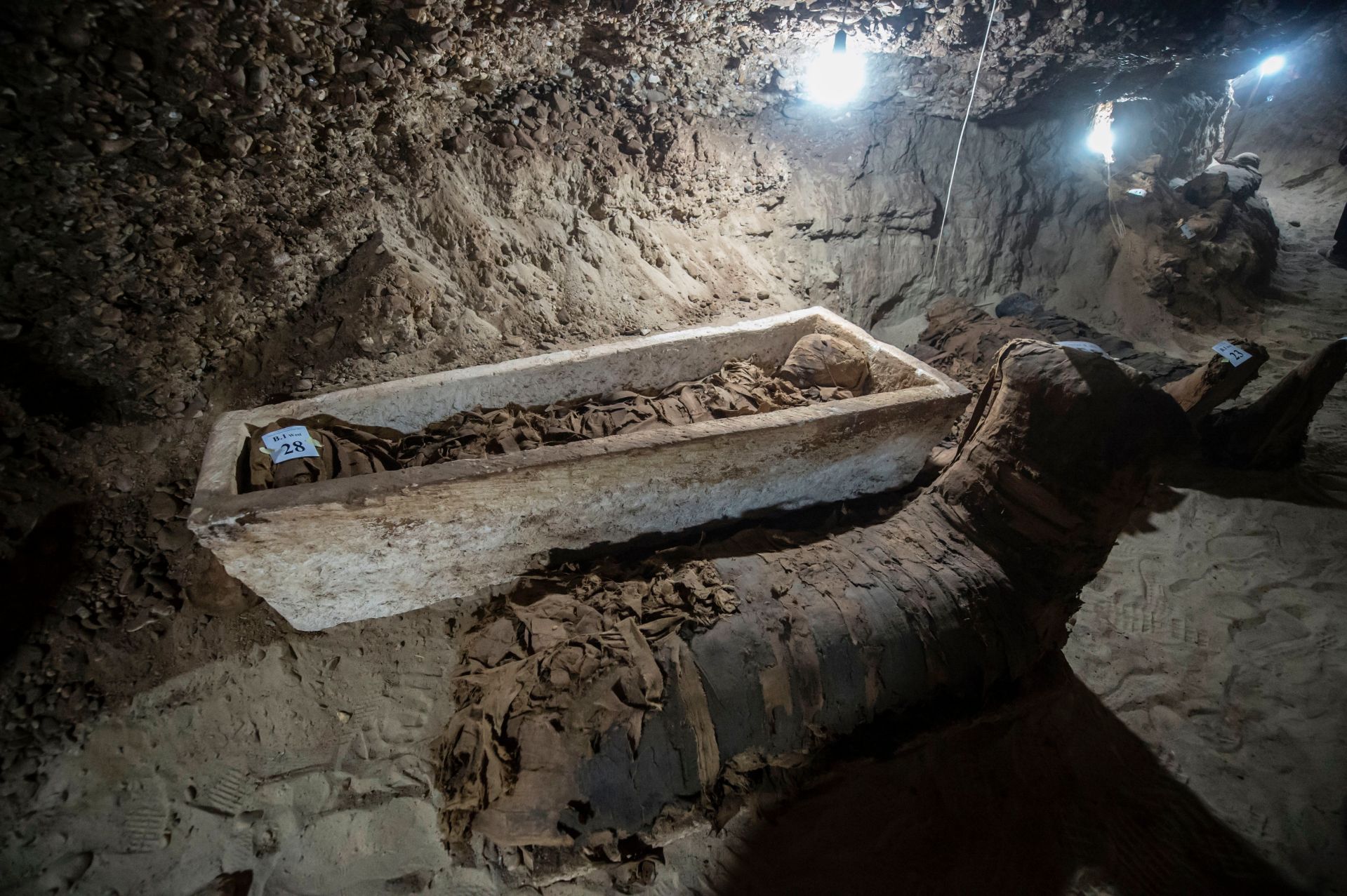 Egyptian archaeologists have discovered 17 non-royal mummies in the desert catacombs, an "unprecedented" find for the area south of Cairo, the antiquities ministry announced.
Khaled Desouki/AFP/Getty Images 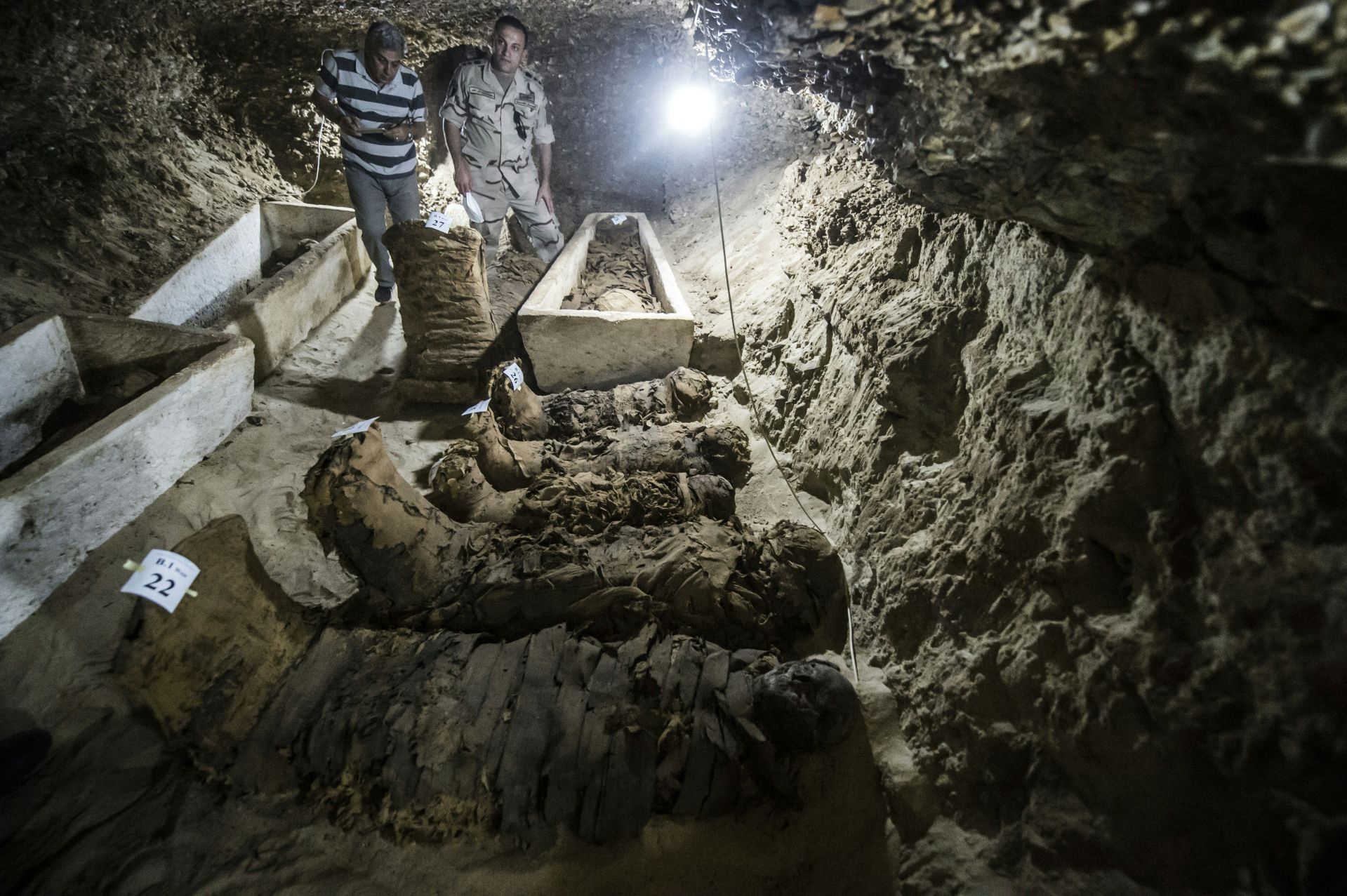 Along with the mummies, they found a golden sheet and two papyri in Demotic—an ancient Egyptian script—as well as a number of sarcophogi made of limestone and clay.
Khaled Desouki/AFP/Getty Images 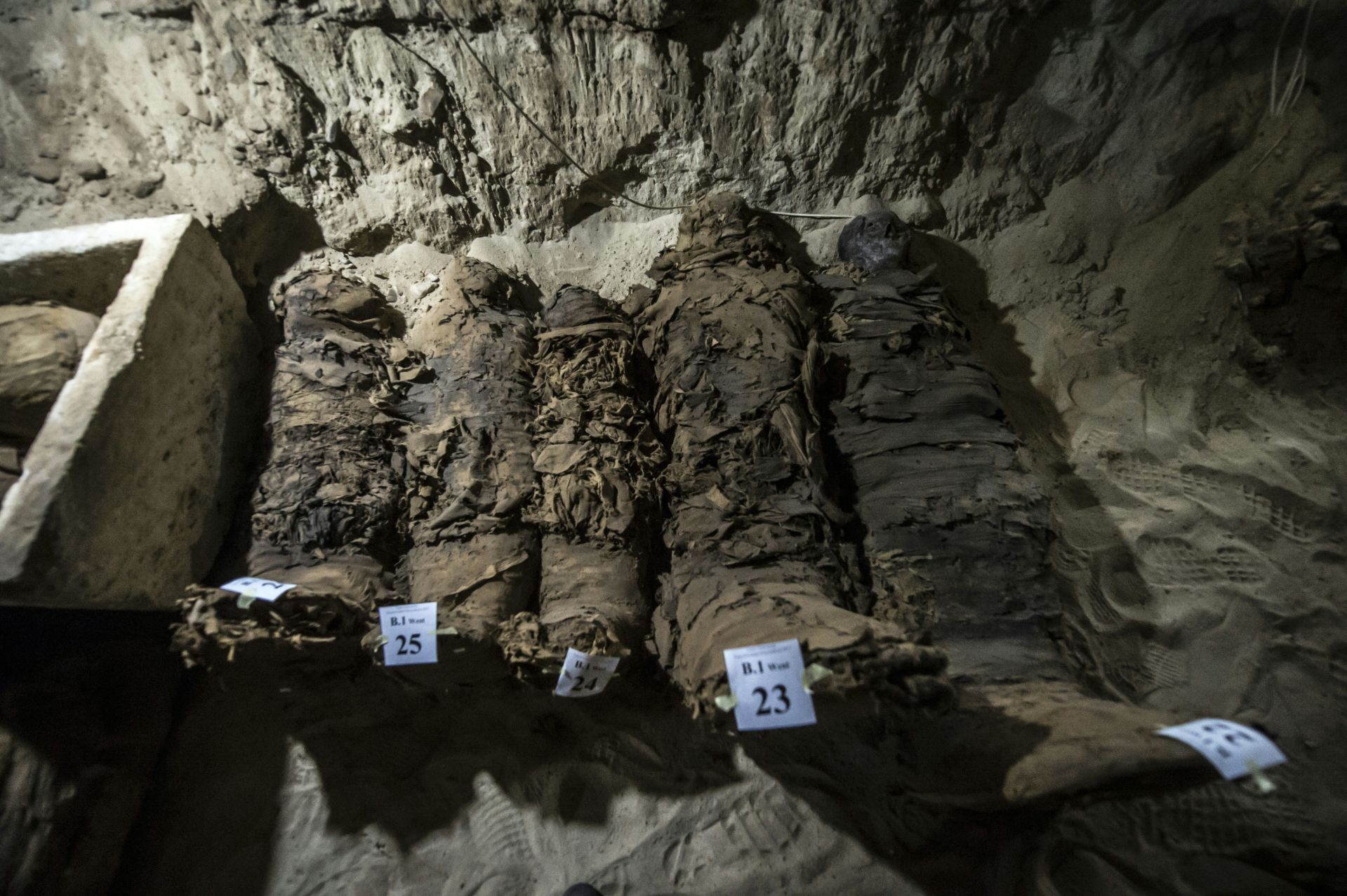 Mummies lying in catacombs following their discovery in the Touna el-Gabal district of the Minya province, in central Egypt.
Khaled Desouki/AFP/Getty Images
Advertisement 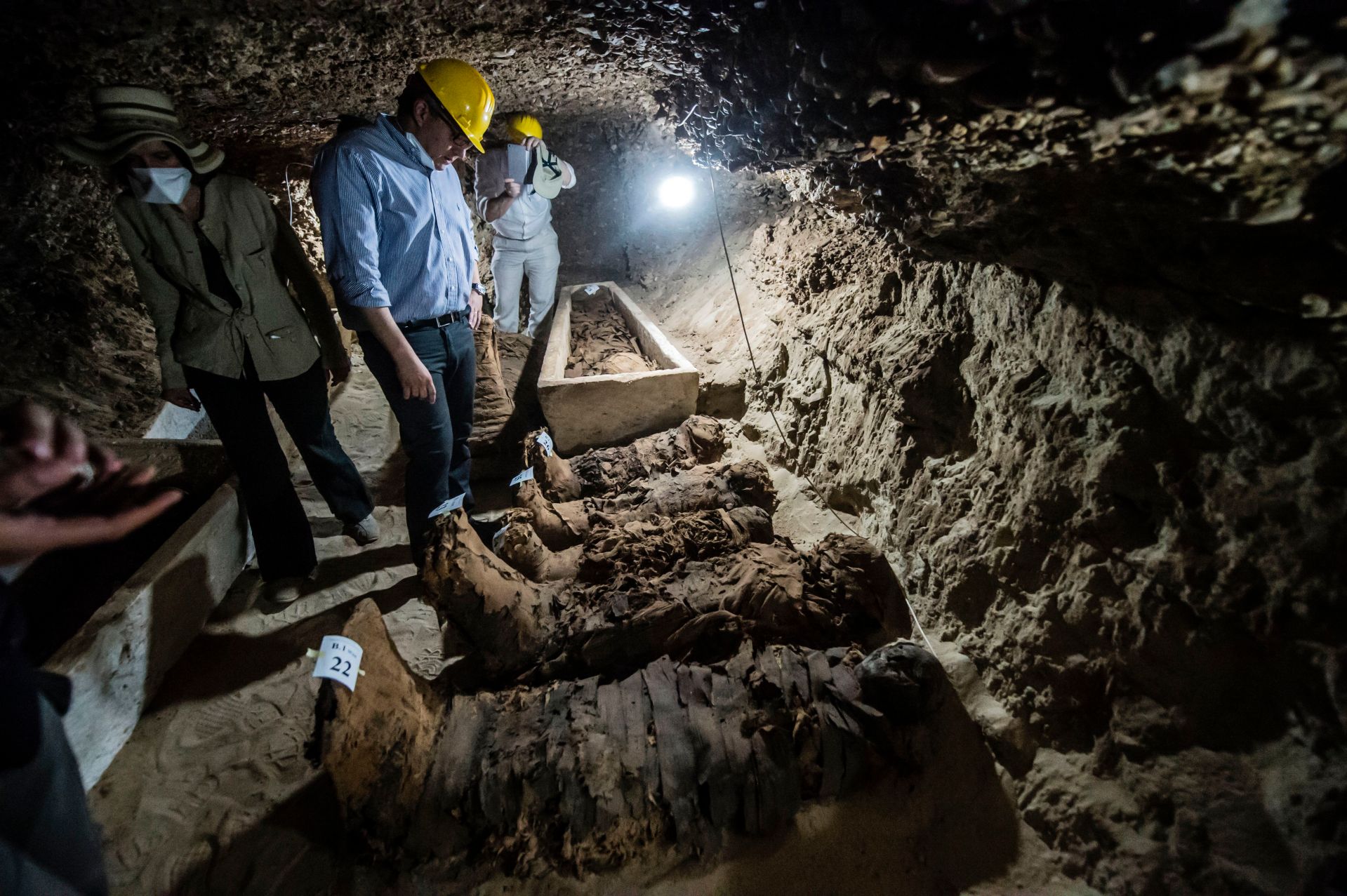 Egyptian Antiquities Minister Khaled el-Enany (C) speaks to the media on May 13, 2017, in front of mummies following their discovery.
Khaled Desouki/AFP/Getty Images 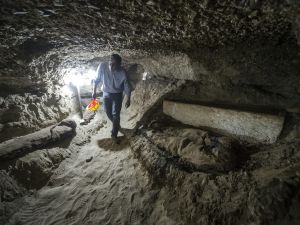 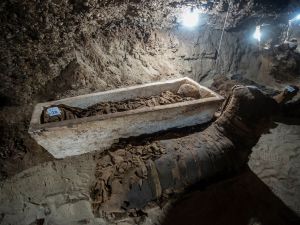 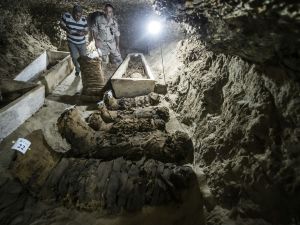 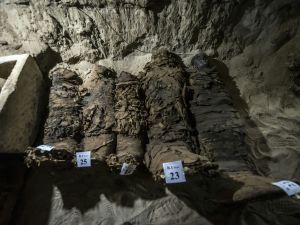 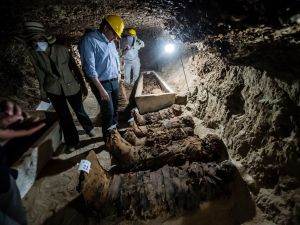 The search for new mummies in Egypt is going very well these days. Back in April, archaeologists uncovered a trove of eight sarcophagi in Egypt’s Dra-abu’ el-Naga area, in what was once the same spot as the ancient city of Thebes and just a stone’s throw from the nation’s most famous mummy hotspot, the Valley of the Kings. Last weekend, the province of Minya had its own mummy discovery to celebrate, with the excavation of 17 non-royal mummies in the village of Tuna al-Gabal, reports the Guardian.

The recently uncovered well-preserved sarcophagi are believed to be officials and priests. The village, situated at the edge of the Western desert, features a necropolis that dates to the late Ancient Egyptian and Greco-Roman era (between the 6th and 3rd centuries B.C.) which has yielded thousands of mummified animal remains in the past.