Towards the end of a relentless, freezing couple of months working in Portland, Oregon, a text came through from Ad Man. We hadn’t been in touch since our long-held friendship blossomed and we hooked up last December, after his divorce.  Back then, it seemed like things between us had the potential to be hot and heavy but my plans were shut down due to subzero emotional temperatures on his side. The sex was OK but the follow-up non-existent.

“Are you still on the left coast?” He wrote in his text, from his home base in LA. It turned out that by co-incidence I had planned a stop in LA to grab some warm weather on my way back to New York the very next week. “Let’s grab dinner on Thursday. We can watch the sunset, and go have some Italian.” His words seemed enthusiastic. Maybe he was coming out of his post-divorce slump and finally wanted to consider something more.

To the men of the world, listen up: If you invite a woman who’s in her mid-thirties, who you have been intimately involved with in the very recent past for drinks and Italian food with the mention of a sunset, it sends a very clear message whether you intend it to, or not. This, paired with other texts such as “You would look ridiculously hot working as a flight attendant.” and saying that you think about her “often” radar a signal outwards that your intentions are more than friendly.

The implication is that you want to get it on.

Am I wrong in thinking this way? NO.

I asked EVERY male I encountered over the next week. Unanimously they all agreed that Ad Man’s message was a signal of some kind of physical attraction. The intention was clearly a hook up at the very least. I asked my Uber driver on my way to the airport. Delving into my history with Ad Man, to his wavering in New York, to the present day offer of “Drinks, Sunset and Italian.”

“You can’t get more romantic than that. It’s a date. Yeah, he’s interested.” My hopes were high as he dropped me off.

Waiting at the gate for my flight, an off-duty pilot from Texas reassured me as well.

“Darlin’, if he doesn’t try to take you home with him and he passes you up, I’ll fly you down to Dallas.”

My girlfriends were the ones in doubt. My friend Gwen kept texting me, “Don’t put your hope in him.” Madge said it was a waste of time. So why not ask a woman I didn’t know for her opinion? While in mid air, I asked the flight attendant’s opinion while she was flipping through a Vanity Fair in the galley. She gave off a no bullshit vibe. Her response was quick.

“A man starts off strong, then he gets scared or loses interest but wants to keep you around because he knows you’re interested.” She dead-panned.  “You’re coming from out of town, so it’s easy for him, and worth it if it will leave you thinking there’s a chance. It’s maintenance for him. Once he’s in New York, he might make plans with you unless something better comes along or he just can’t be bothered. Then, expect some bullshit excuse.”

Oh, the trail of stale crumbs accumulated over my years of dating! I wasn’t entirely innocent myself though, having shredded my way through a few metaphorical loaves on more than one occasion. I knew the flight attendant was right about Ad Man and hated her for it.

So there’s no need to go into severe detail about what ended up being an awkward meeting with Ad Man in LA. He didn’t blow me off, we went out as planned. As soon as we made eye contact, I knew things were doomed. The conversation felt strained and the sunset was, or seemed to be, lackluster. The food delicious but there wasn’t an ounce of romance in the air. The closer we got to my hotel, the more withdrawn he became, and I realized what the purpose of our meet-up was really about. He was still in the investigative stages of our potential relationship and deciding if he was physically attracted to me or not. Sadly for me though, this stage had now been going on for about 20 years.

Back at the entrance to my hotel I clung on to hope. He started the awkward convo, “I’m sorry I got weird on you.” He whined. “I didn’t mean to. I’m just going through some…things. I always had a crush on you, and…I’m sorry.”

“It’s fine.” I said avoiding eye contact. He hugged me. “Do you want to come up and watch TV?” I blurted out.

I turned and stalked off into the hotel lobby alone. I was wishing that we hadn’t even met up for dinner. “Do you not have a crush on me anymore?” I texted shamelessly.

“Oh it’s still in effect.” he responded. Just like that, I fell victim to the trail of breadcrumbs he began sprinkling again and I clung to them. He mentioned he was coming to New York in a few weeks. “We should actually go see a movie.” he said in one text and in another, “we’ll totally meet up when I get to the city.” I hung onto to those crumbs and picked up and examined each one as weeks passed. We’d text back and forth. After he had been in the city for a few days I hadn’t heard from him so reached out.

“When would you like to see a movie?” I asked.

“I don’t know, I’m trying to figure out my schedule, let me get back to you.”

“Yeah, I don’t know if I can, I just have so many things to figure out.”

It was clear that now, finally, the issue was resolved and there was nothing between us but microbes and dust. It was time for me to throw the breadcrumbs in the garbage with one final, angry text from me. “You made plans with me to hook up twice while you were here last time and now you won’t. This is a mindfuck.”

He didn’t respond and I didn’t expect him to.

Ad Man was nothing like Don Draper from Mad Men. Don Draper would not have bothered with an apology dinner, he would have ghosted me altogether, a hard, clean break. Don Draper knew he was a player and in a way, that is more attractive than a wishy-washy breadcrumber.

Ironically during our dinner, Ad Man did ask how my writing was going. He was completely unaware that he was ever the subject matter of my work. So why reveal that? I told him it wasn’t easy writing about dating after divorce, there was more drama than resolution. Obviously he had never read any of my articles.

Oddly enough, I’m still optimistic but guys, never offer dinner and a sunset to me, unless you’re ready for something more. 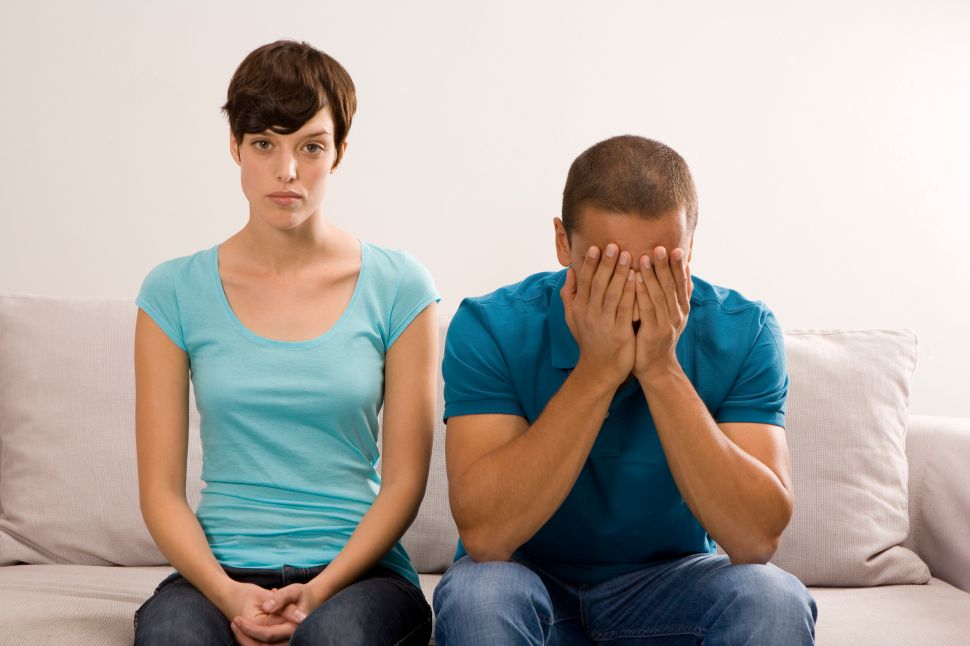