If you binge watched Master of None over the weekend during the torrential downpour in New York City, then you’re not alone. And if Aziz Ansari, as Dev, was particularly relatable on the second season’s fourth episode, “First Date,” it might be because his first date spots are all-too familiar Brooklyn haunts.

Unlike other shows, where dating apps are played for laughs and something inevitably awkward happens, Master of None shows how truly repetitive the act of swiping and chatting can be. Basically, the people change, but the small talk and the location stay the same.

In the past, the Observer investigated how many New Yorkers frequent the same first date spot. And while Dev might not be a finance bro, he certainly joins plenty of other 20 and 30-somethings who have a go-to bar where they exchange overpriced cocktails and anecdotes.

Dev’s first dates all began at the Four Horsemen, a small Williamsburg restaurant/wine bar just off of Bedford owned by LCD Soundsystem’s James Murphy (the two are longtime pals in real life). It’s obvious Dev knew the waitress from frequenting the establishment on his Tinder-like dates, as he had a wine already picked out.

After wine, the pair continued onto the William Vale Hotel’s rooftop bar, Westlight, even though his date was talking about wrestling or on the phone. Master of None isn’t the first show to shoot a romantic moment at the Williamsburg hotel. The Bachelor ventured there for a rose ceremony. Perhaps when you’re planning your next Bumble date, you could venture to the rooftop bar. After all, it’s already been deemed romantic enough for television. 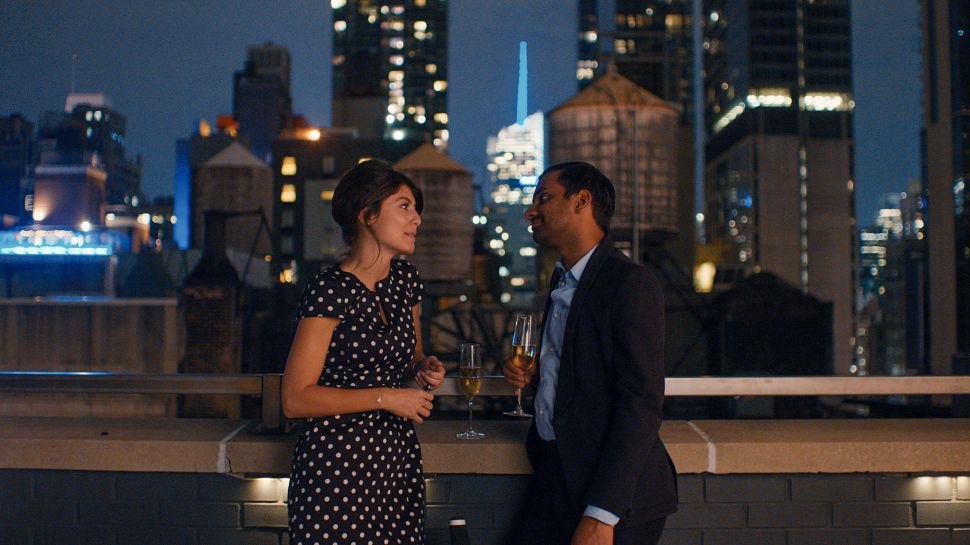