“This is the last night I will be drinking.” I announced to my bartender friend as I made a grand entrance into Art East Village. “I’m going to detox tomorrow but tonight, I’ll have a greyhound.” My bar friend generously poured me a pint of grapefuit and vodka. I had two of them. That was in June 2009 and I never drank alcohol again, despite a variety of reactions from acquaintances upon my giving up, understandably most of them skeptical.

Then, three months into my sobriety I went to Las Vegas with my girlfriends to present an award at the 19th annual Exotic Dancer Awards show. To the dismay of the group , I abstained from alcohol. Each morning, no one else in the group could remember the antics that had happened the night before, except me. It was refreshing to wake up in Vegas and have full recollection of what I did not do. This sober thing felt right from the start. It wasn’t a “healthy phase.” It was something I wanted long term.

“Don’t get into a serious relationship your first year of sobriety.” My therapist at the time told me at every session. “After any major change or disruption, you have to look out for you.”

“I’m just getting used to functioning as a normal person again!” I told her. “Dating is the last thing on my mind.” However, for me and for most us, when someone tells me what I shouldn’t do, I want to do it even more.

As I hit eight and a half months sober I found myself in a whirlwind relationship, with the person who is now my ex husband. Week one after the first date, we were exclusively dating. Week two, we had exchanged “I love you”s. Being sober himself for a significantly longer amount of time, my new guy was aware of the ‘dating not recommended’ warning I was under from my therapist. He respectfully waited to kiss me until three months later, when I finally had a full year. Then we promptly became engaged the very next month.

My friends and family were concerned but glad I seemed happy. My therapist knew that there was no stopping me.

“I don’t want you to take this the wrong way,” she said. “…but this is the first guy you’ve been with since you stopped drinking. Just because he’s sober too doesn’t mean he’s the right one for you. Don’t lose yourself, you’ve worked too hard.”

I was seeing everything through a happy filter, being selective and choosing to notice only what I wanted to. I overlooked issues that raised questions, thinking I was being too picky, nothing is ever perfect in any relationship. I forged ahead ignoring things that seemed minor at the time but that later led to the demise of my marriage.

We remained perpetually engaged for almost four years before we tied the knot. As the years passed and I gained more time, I did second guess our seemingly quick engagement. Then I rationalized that we had been together for so long that surely it was the right decision to just go ahead and do it.

Our wedding was the perfect gathering in Martha’s Vineyard. We felt posh with a photographer and reporter from the New York Times plus a completely clear blue sky and perfect weather. Only small snags were: I was resentful that my ex ordered $150 worth of mussels that no one ended up eating. My sister was resentful towards me because I threw a bridezilla tantrum and made her my flower girl (even though she was in her late twenties) and forced her to wear a Cheongsam dress. It ended up looking stellar in the few photos from that day. It was a lovely event, even though the marriage didn’t work out.

By the end of seven years my ex and I had both changed dramatically. I had mentally reverted back to the ambitious optimistic young adult version of myself that I forgot about while  abusing alcohol. I became motivated with a crazy mission to make some kind of mark on the world other than being someone’s wife. I was no longer dealing with a parent’s curfew, but a spouses rules and regulations and I didn’t like it.

When you stop taking any major mind altering substance that has crippled your life such as drugs or alcohol, it’s an adjustment. Your once hopeless existence seems to come together and things fall into place. You only notice in hindsight that the first 365 days are filled with learning and utter confusion. Then gaps or issues in your relationship become more prominent, you’ll see clearly, and you may not realize what you signed up for during that first addiction-free time until the ring is cemented on your finger. The facts are that people change over time and grow apart with or without addiction issues.

Mine was no longer a passionate or collaborative union that worked with any co-operation. Women are more apt to lose themselves in relationships and put their lives on hold than men. That’s exactly what I had done. It was no longer about “We” but all about what he wanted.

The dissolution of what was once a happy union is upsetting. No one gets married to get divorced. It’s not that I regret the time I spent with my ex, but there were things we both should’ve done differently. Ultimately, I left him. I won’t sugar coat it. It’s cold and horrible, but we were both too set in our ways to make it work.

I recently met a newly engaged 29 year old woman filled with joy and laughter. She and her fiancé both had the same sobriety date. They had three years together, they had met in treatment. I held myself back from wanting to pull her aside and give her the same advice that my therapist had tried to give me: “Please, do not lose yourself.” I realized that no matter what I had to say, she would do as she pleased, just like I had done. So I left it alone. She would learn her lesson in whatever way she was meant to, and maybe it will work. I hope they make it. I truly do. 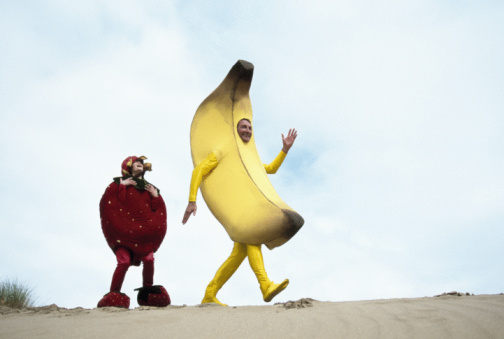