Last week’s time-jumping cat-and-mouse game was Billions’ equivalent of Game of Thrones episodes like “Blackwater” or “The Rains of Castamere”: a climax that comes in the penultimate episode so that the finale’s mopping-up operation has room to breathe. But “Ball in Hand,” the finale for the financial thriller’s killer sophomore season, does more than pick up the pieces. It plays with them, juggles them, and rearranges them before moving them into their final positions. It’s a marvel to behold. This show has gotten so good at playing to its characters’ strengths that seeing the show uncover new ones in the season finale is surprising to the point of “okay, now you’re just showing off.”

Consider the work of Ben Shenkman and Jeffrey DeMunn as Ira Schirmer and Chuck Rhoades Sr. as they learn that Chuck Jr., a guy they both love, deliberately destroyed their company and cost them untold millions of dollars in order to bait Bobby into action. We’re not used to seeing this kind of hurt and betrayal on this show—marital trouble for sure, but the heartbreak of a father and a friend who’ve learned that someone they care about sees them as dispensable? That’s a new kind of pain, and Shenkman’s shocked, clipped cadence as Ira—“You should act out of rationality, not emotion,” Chuck Jr tells him while trying to calm him down; “Why? You didn’t,” he snaps like a coiled whip before storming out of the room in response—sells it. So does the benumbed affect DeMunn adopts when signing the affidavit Chuck Jr. presents him in order to cover up his son’s involvement in the scheme—the last favor he’ll ever do him. Even when he decides to stick it to his kid by showing him photos of Wendy and her one-night stand from earlier in the season, he does so with an air of defeat, like this dish of revenge is being served so cold it’s hurting his hands.

In fact, despite having no pretensions to being anything but a wrap-up of plans that were laid long ago, this episode was loaded with scenes I couldn’t see coming. I didn’t count on Lara Axelrod paying a visit to Orrin Bach—perhaps the only character on the whole show more unflappable than she—asking for representation and coming up empty in the face of his Tom Hagenesque “I handle one client” loyalty to Bobby. I didn’t see Bach facing off with Oliver Dake, getting his spot blown up when Axe shouts at the guy through the phone he using to eavesdropp on the conversation, and walking away completely dismissive of Dake’s Grand Inquisitor bluster. (I believe the exact sarcastic quote is “Well then, I guess I just shit myself with fear.”) I didn’t see Lara finally getting shook not when the FBI bursts through the door and turns her house upside down, but when she realizes Bobby used her as bait in an attempt to dodge capture. When she says to herself “It was bullshit—he’s not coming home” and the camera reveals she’s saying it in front of her kids, it’s a genuine stunner; this whole family runs on the fuel of Bobby’s infallibility, and suddenly she’s pointing out its absence right in front of his adoring sons. Malin Akerman, Glenn Fleshler, and Christopher Denham are talented enough that you can throw them at each other and count on the results to click pretty much no matter what, which is why they get such a hefty chunk of finale real estate to play with. It’s well deserved.

But for Billions, this is true across the board at this point. You want Eric Bogosian’s i-bank snitch Lawrence Boyd to show up at Axe’s door to simultaneously warn him of impending doom and crow about his role in bringing it about? It’s yours—enjoy seeing Bogosian make a meal of “You’re getting arrested today, Roberto…Be glad to hold your watch,” and seeing Damian Lewis’s Axe struggle to swallow it down. Want another glimpse of Mary-Louise Parker kicking off her high heels and kicking ass as political consultant George Minchak—a screen presence so magnetic that she effectively functions as a way to throw us off the scent of Chuck and Wendy’s rapprochement later in the episode? You got it, complete with a pegging joke. How about Terry AuCoin’s Dollar Bill Stearn accepting the ascension of Asia Kate Dillon’s Taylor Mason to the top of Axe Capital in Bobby’s absence with foul-mouthed good grace and sincere support? Go ahead, enjoy this unlikely meeting of the minds, and note the fact that these two very different vulture capitalists have the same streamlined haircut while you’re at it. Want to see Terry Kinney’s sinister fixer Hall handle Bobby’s downfall? Ah, there you’re out of luck—he’s disconnected his number and disappeared, the single scariest sign that something really bad’s about to go down.

Good things happen too, however, and that’s my favorite thing about this finale. You get not one, not two, but three mostly-happy endings. First, the long-suffering Bryan Connerty’s suffering comes to an end, both personally—we discover he’s in a happy romantic relationship with Lawrence Boyd’s flight attendant from the beginning of the season—and professionally—he’s tapped by Chuck to handle the Axelrod case for Dake’s office in exchange for helping the overly ambitious upstart catch Axe, and he gets to give Kate Sacker the news that she’s been made head of crim for the Southern District. The laugh of sheer delight Toby Leonard Moore lets out as Bryan when he hears all this news feels so well-earned after he’s spent the season as the show’s moral center. (Sadly, there are still casualties: Malachi Weir’s delightful Lonnie Watley realizes he’s surplus to Southern’s needs and packs up his belongings while his comrades celebrate.)

Second and third, Wendy Rhoades reconciles with both of the men in her life. With nowhere else to turn, Bobby arranges a meeting with her at the end of his long day on the run from the FBI; she promises to help him find his way back to doing the right thing and hugs him, letting go only when Feds (who tracked Wendy to the meet on a tip from Chuck himself) pull them apart. It’s a moment that makes you wonder if things are really over for her and Chuck, which makes her return home to meet him at the end of the day—a return he’d said he was hoping for but not counting on earlier in the episode—such a wow moment. She cares about Bobby and Axe Cap, but she cares about her husband and her marriage and her family too. She’ll go to work, but she’ll come home at the end of the day. Chuck’s relief is palpable; through Paul Giamatti’s body language, you can practically see him leave his fear of abandonment at the door to their apartment, like he’s dropping off a box of books that was really too heavy for him to be carrying in the first place.

Between these two scenes is another big confrontation between Chuck and Bobby, this one staged in the jail where Axe will be spending the night. (His eyeroll upon realizing Rhoades has come to gloat is priceless.) It’s a fascinating scene to watch, particularly in light of the similar exchange that ended last season, because they’re equally confident in their positions. Bobby’s right to see Chuck’s sacrifice of Ira and his dad as a desperate move, and Chuck’s right to see Bobby’s clumsy sabotage scheme as equally desperate. Bobby gets to give a big speech about how he’ll make it his life’s mission to find Chuck’s most damaging secrets and drag them into the light, and Chuck gets to shoot it down by saying whatever has happened or will happen, taking Axe down has been worth it. They both mean every word, just like Wendy does when she gets back together with both of them on the same day. In the end, Billions has weighed its scales perfectly evenly; what a pleasure it was to watch them swing back and forth all season before coming to rest in just the right place. 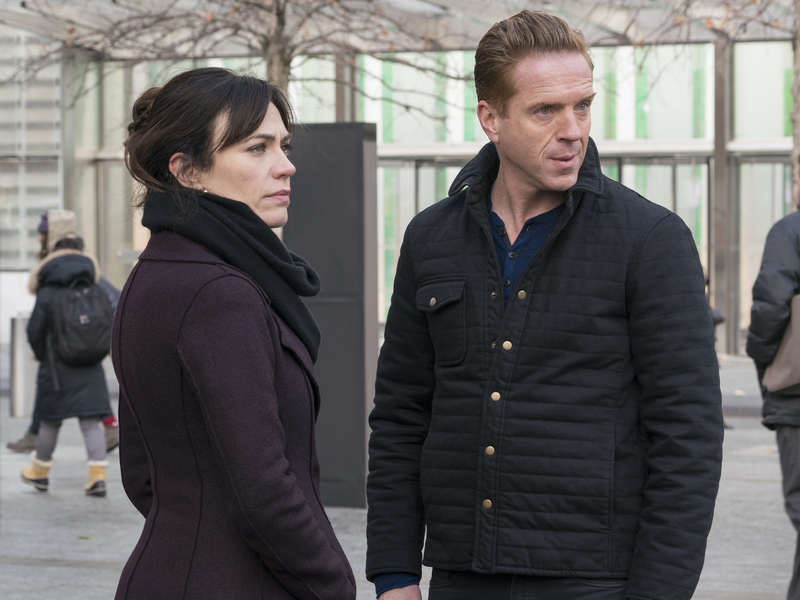