What a time to be alive. Not satisfied with cliched wine options like red, white and rose, European hipsters (aka six Spanish “entrepreneurs”) came up with blue wine last year that was a blend of white and red grapes harvested from vineyards outside of Madrid and colored blue with grape skin pigment, indigo dye, and a non-caloric sweetener. Because, of course, what you want from wine is for it to look and taste like a raspberry gummy ring.

While that blue wine, made by a hot new company called Gik, is not yet available in the U.S., an Italian company called Fratelli Saraceni is selling blue prosecco that’s already on the American market.

Fratelli Saraceni is a legitimate Italian winery that goes back two generations and sells a variety of red and white wine as well, which either lends credence to the product or makes what they’re doing to wine even worse, depending on how you look at it.

Either way, this 7 percent ABV sparkling wine made from prosecco, blue curaçao, and peach is already a hit with the young people—at least on Instagram, which is presumably what it was designed for. As you can see on social media, various filters allow the color of the wine to go from a summer-sky-baby-blue to a sunken-abyss-where-good-taste-goes-to-die darker hue. . .

Remember the good old days when people made alcohol to drink it and not to take photos of it?

According to their website, the prosecco a “is a velvety and seductive sparkling wine that is deliciously fruity,” and clearly marketed as a dessert wine at weddings. Because nothing says “I love you,” like using seltzer to get blue sugar dye out of your bride’s $3000,000 wedding dress.

At $21.78 per 750 ml bottle, it’s also clearly made for the casual wine drinker rather than the erudite appreciator. Though, given its description, you might be better off just buying a packet of raspberry sour patch kids for the bargain price of $1.50. 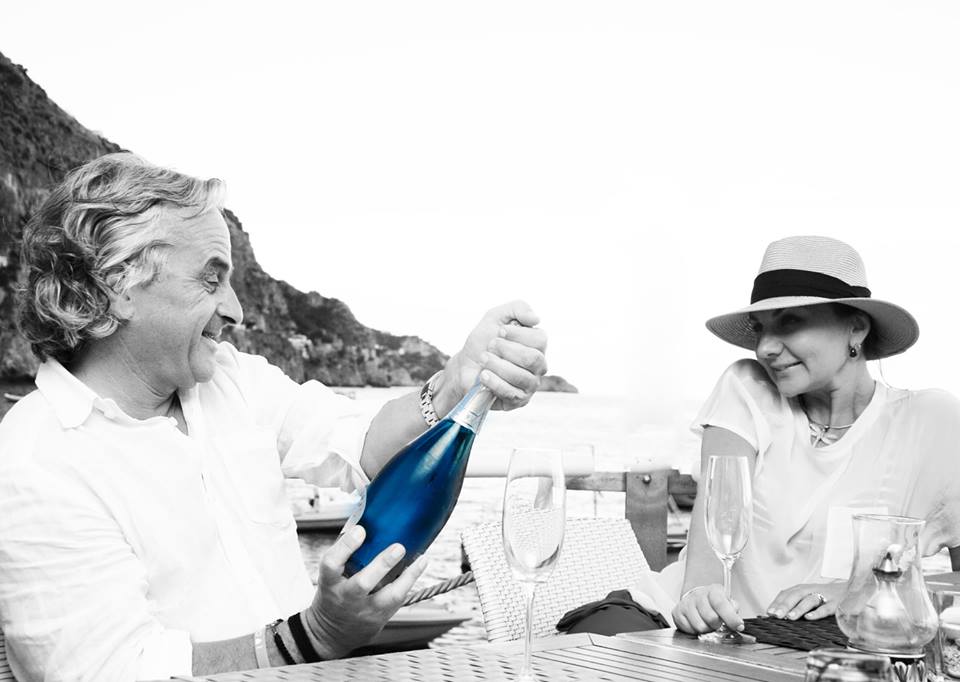