As a devoted SoulCyclist, I was horrified to hear about how someone contracted Rhabdomyolysis after taking a class. This has been known to happen post-CrossFit class, but what hasn’t happened at CrossFit?

I haven’t personally been to a CrossFit class, but from what I imagine it’s a giant warehouse with people with six packs throwing 40 pound weights at each other, pulling ropes and yelling. But this is SoulCycle, where I go to dance to Beyoncé, get my adrenaline up and sweat on top of strangers.

Even though it has the cute nickname “rhabdo,” it causes muscle cells to die and leak their contents into the bloodstream, which could lead to kidney damage or failure.

Now, I could go into a hypochondriacal downward spiral, but instead I spoke to experts about common injuries or conditions you can get from these trendy, super intense workouts.

Rhabdo is very rare and there is no single workout in particular that causes it. You can also get it from lightning strike, third-degree burn or venom from a snake or insect bite—so watch out. The person who contracted it just this past December said she was pushed too hard during a SoulCycle workout and that is why she ended up in the hospital with rhabdo. Another woman also developed rhabdo after a spin class, but did not work out regularly, which contributed to it. If you aren’t regularly working out and go to one of these intense workouts, you can find yourself pushing too hard if you aren’t careful.

Vida Health Coach Liz Schenk said rhabdomyolysis is actually known as “Uncle Rhabdo” in the CrossFit world, where puking is also “seen as a badge of honor.” She suggests performing no more than three high-intensity classes/workouts a week with a day in between workouts. Performing back to back high-intensity workouts can actually hinder weight loss and put you at risk for injury.

Also, dehydration not only increases the risk for rhabdomyolysis, but may also cause muscle cramps, dizziness and fatigue. She says pay attention to overtraining warning signs including persistent muscle soreness,  nausea, insomnia and extreme fatigue. See your doctor right away if you experience the symptoms of overtraining syndrome. “Honor your body and don’t push yourself beyond your limits just to keep up with others in the class. It is not worth injuring yourself!”

✨✨Class alert!! Sign up for Mahri's FREE pop-up class from 9-10am this Wednesday at the @daileymethodboulder via link in bio! #BoCoCO

Mahri Relin, the founder of the dance cardio workout Body Conceptions, says repetitive foot stress fractures are relatively common injury in dance cardio classes with a lot of jumping. “It’s hard because these workouts are the rage and people get so into it. At first the pain may be dull, but the minute it gets sharp and persistent you need to see a doctor. More pain doesn’t just mean you’re sore and getting stronger,” she said.

To mitigate injuries, Relin offers a course focused on sculpting. She also suggests mixing it up and cross training, without working out every single day. “When you’re working hard your body can’t support the movement you’re doing,” she said. She also suggests that new students tell the instructor. “I definitely pay more attention to new students in my class and look at their alignment. They aren’t as in control of the environment.”

Though this sounds like the label for people who look really good in their yoga pants, it is not. Yoga and meditation teacher Erica Sergott says piriformis syndrome, also known as “yoga butt,” is a result of a tight piriformis muscle creating an imbalance in the sacrum, which leads to strain on the sciatic nerve. It can also be caused by a tear or pull in hamstring muscles. She suggests doing poses like pigeon pose and ardha matsyendrasana to relieve it.

Everyone loves a good hot yoga session. However, because of the temperature Sergott says you can easily overstretch. She suggests moving mindfully. “While it feels like you can stretch deeper in the heat, it’s not always a reflection of your muscles/joints capabilities and can result in overstretching and at worst, joint dislocation—a friend of mine witnessed a fellow student dislocate their knee in a Bikram class,” she said.

When yoga students force themselves into the coveted lotus pose it can cause tears in knee ligaments. “I’ve heard of students using sandbags and weights to force their knees down in this shape. Not all bodies are designed to be able to do this pose,” she said. Accept it and just do child’s pose. Everyone can do that.

There’s no documented medical condition called “spin face,” but when I started doing spin regularly my sister noticed a certain tightness to my face, which she referred to as “spin face.” For years, exercise scientists have found a link between jaw clamping and knee power. It’s the face every heroine makes when they are running away from a monster in a blockbuster. A new study finds that the harder cycling gets, the more you tighten your jaw and furrow your brow.

With indoor spin classes trying to simulate outdoor cycling, this would naturally occur on your stationary bike as well. And TMJ (Temporomandibular Disorder, which is tightening of the neck and jaw muscles) has been linked to people who spin often.

According to Holly Rilinger, Cyc Fitness Creative Director, another spin injury includes Achilles Tendonitis which is an overuse injury, but can also be caused by a bike seat being too high. When the seat is too high, your foot remains in a flexed position which puts added stress on the Achilles tendon, she said. Another is Patellar Tendonitis, caused by a bike seat being too low.

a moment in time. where every person in the room dug a little bit deeper to let a little more go + really put meaning to #flowthruthefight. Liv teaches today 10:45am. One spot opened up. Who is open up for the challenge of maybe even learning something about yourself this AM? 📸: @dreaollarvide #lululemon #nulux #workhard #livyoung

“As a boxer for 10 years and a yogi for 15, it wasn’t until I created Box + Flow that I realized why I had probably not been injured even though I was boxing almost five times a week…it was because of all the opening I was doing in yoga, directly after the impact of boxing,” Olivia Young, the founder of yoga and boxing class Box + Flow said. “The class is designed to counter balance the impact of boxing with the opening of flow.”

Make sure not to do the same workout every day and give yourself a day off to recover. And if something continuously hurts when you workout, it might not be because you’re getting stronger. 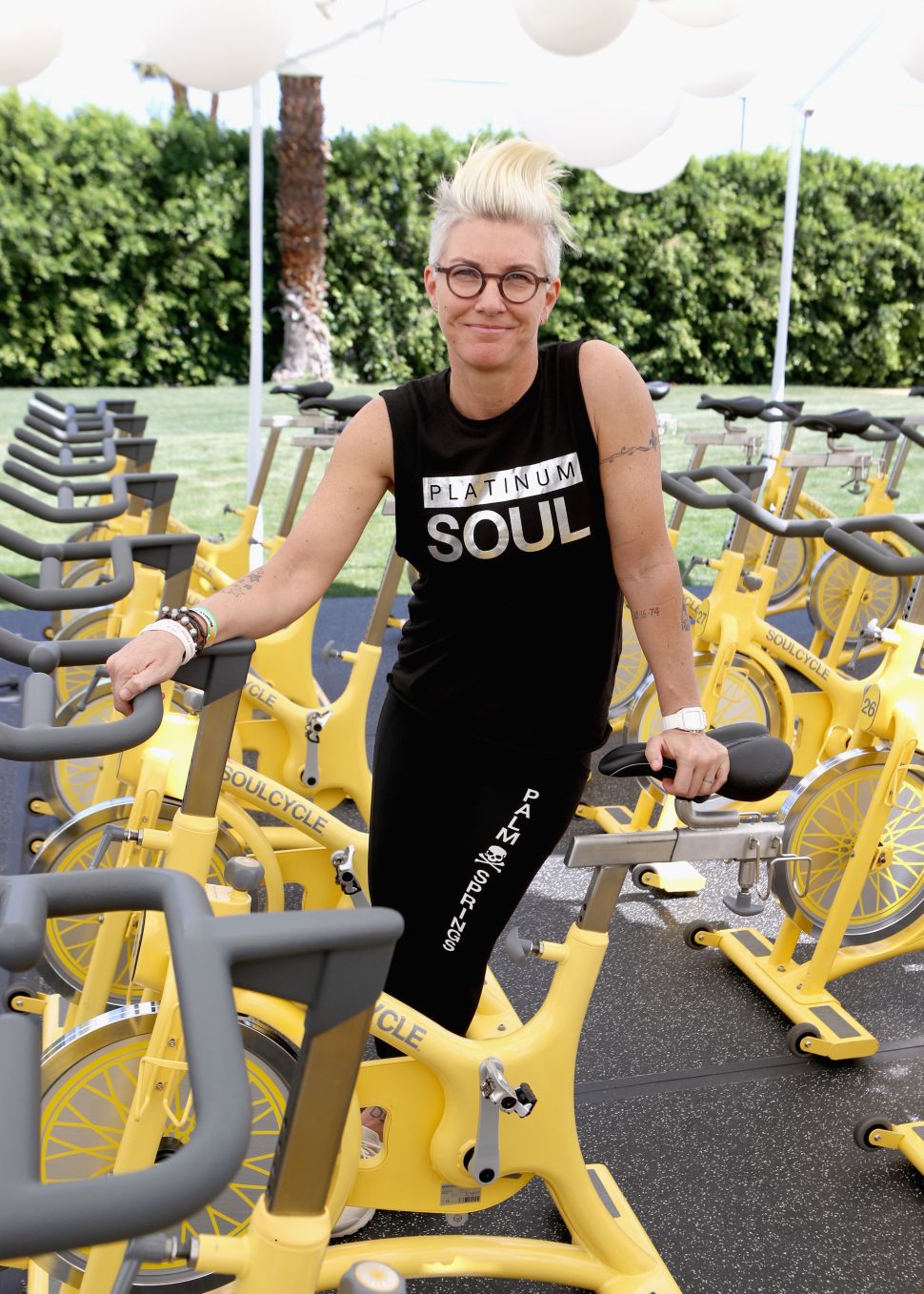