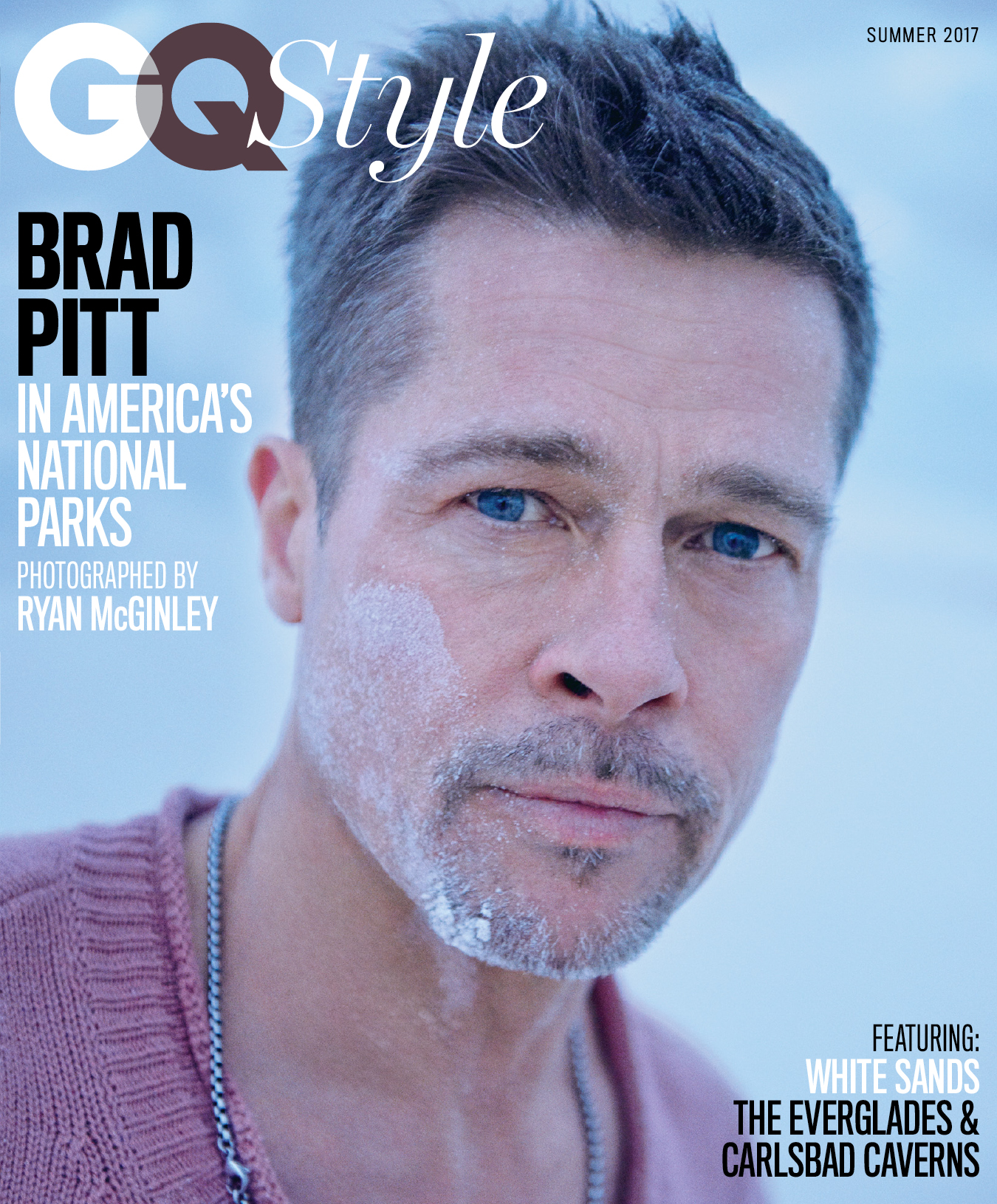 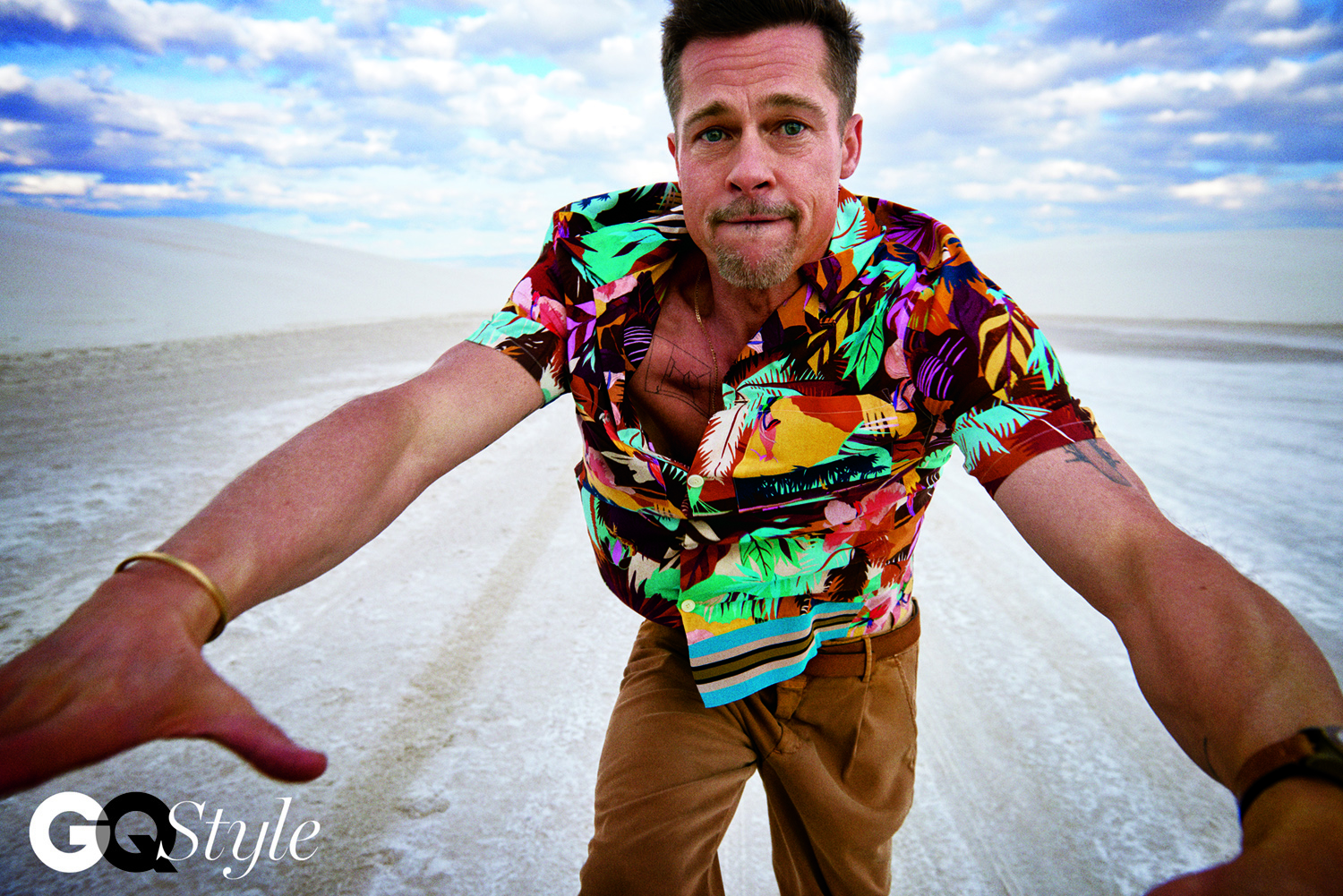 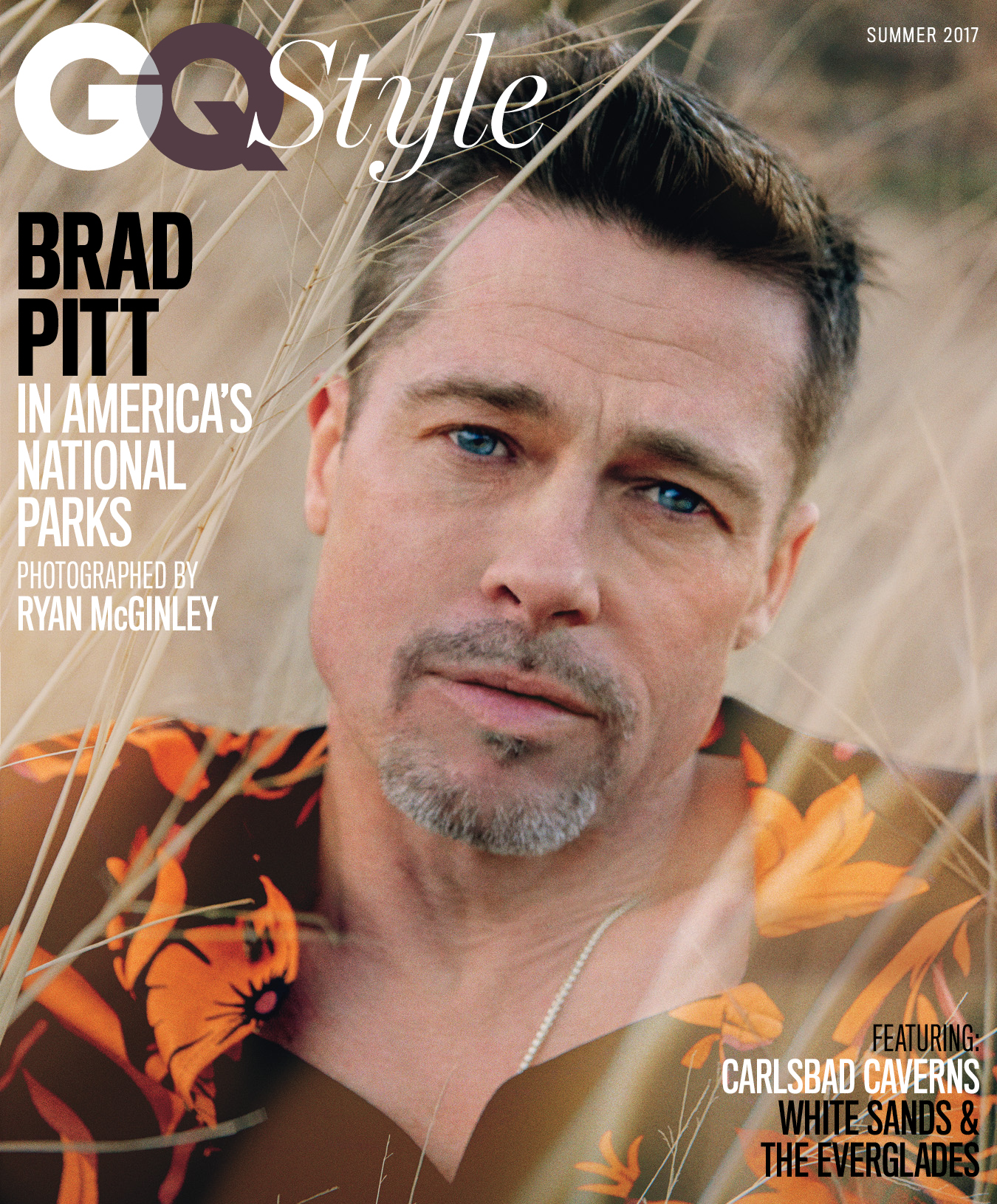 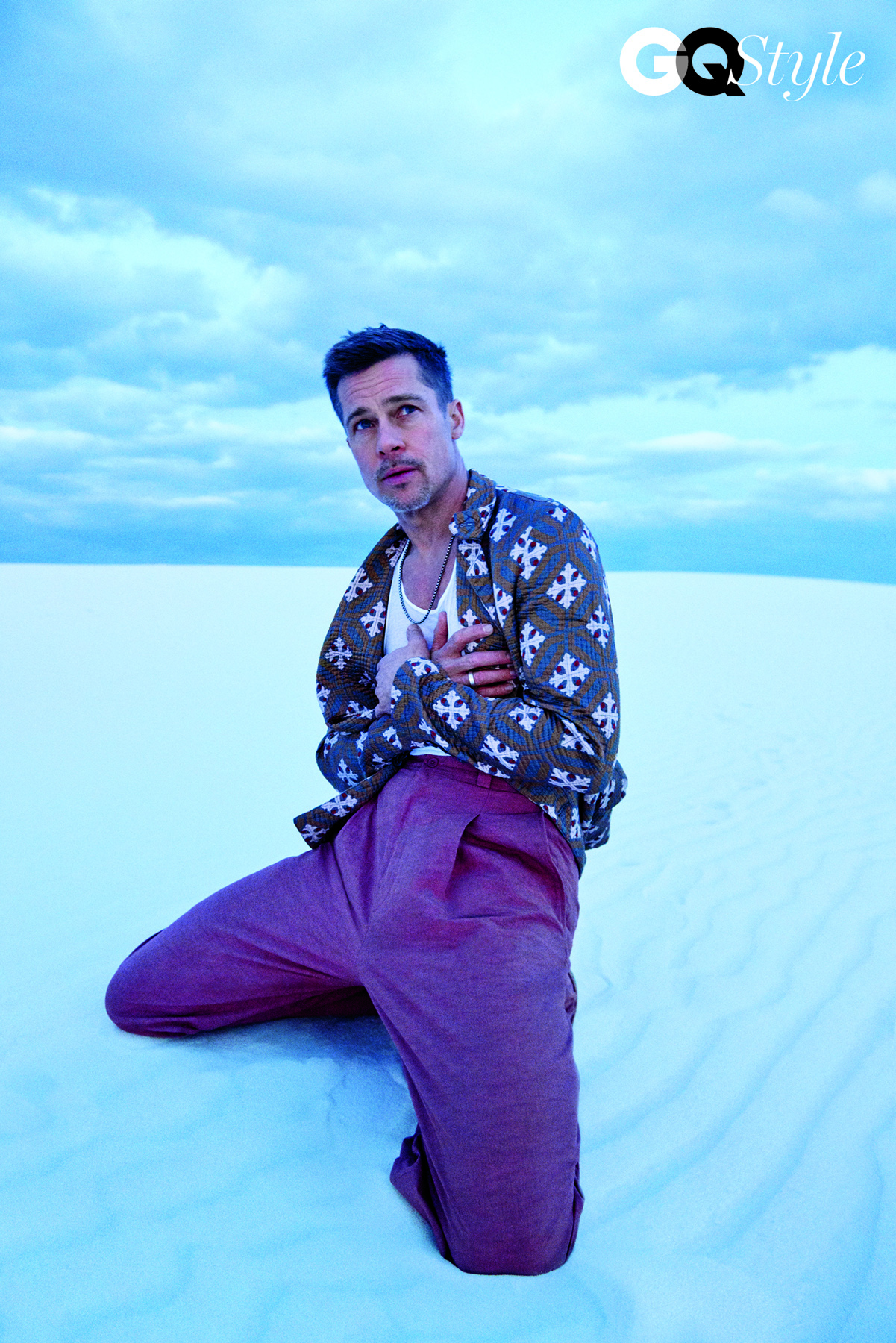 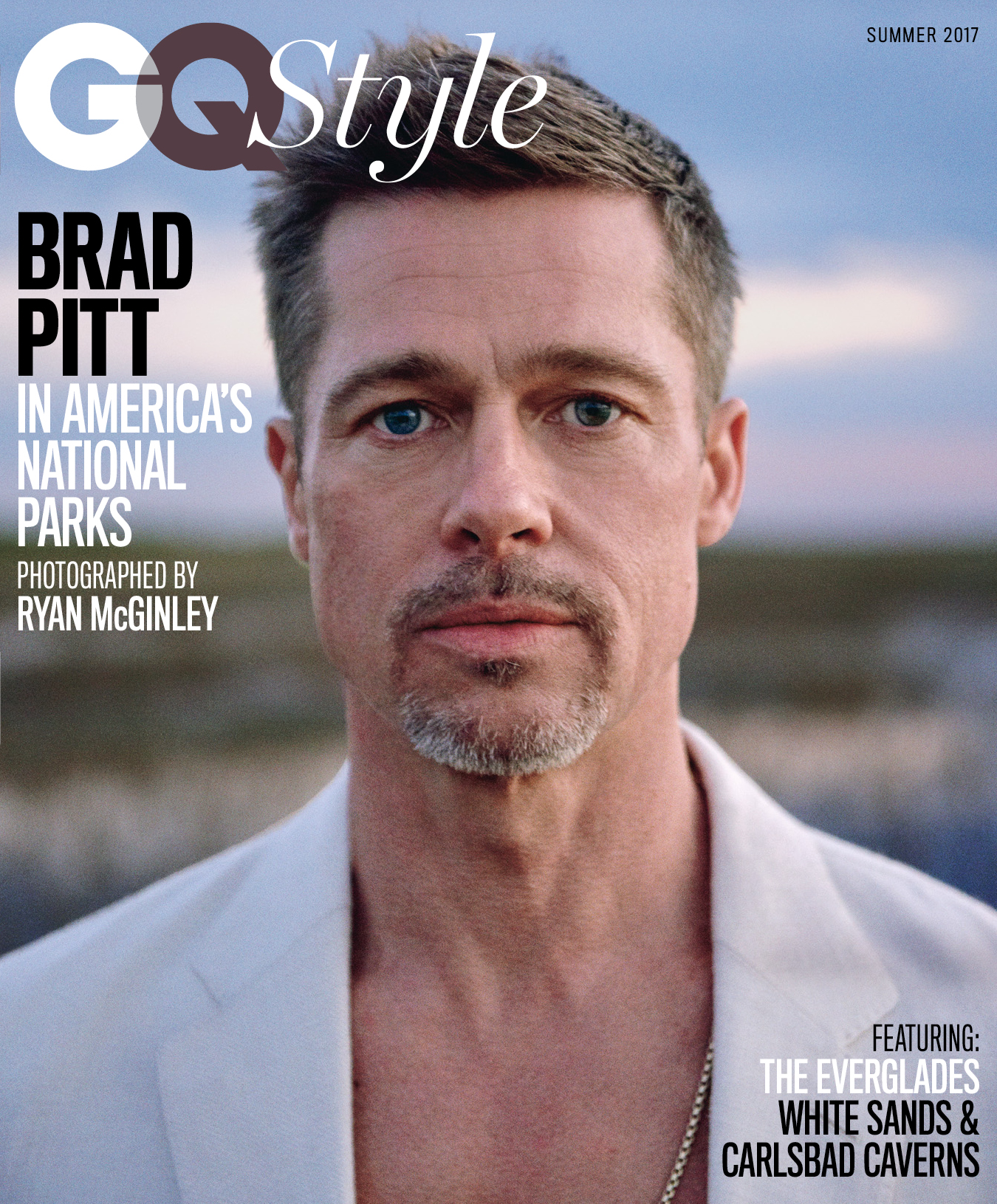 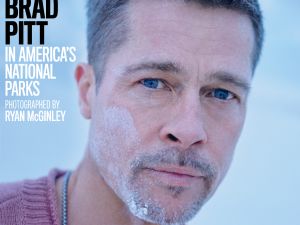 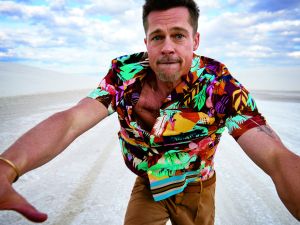 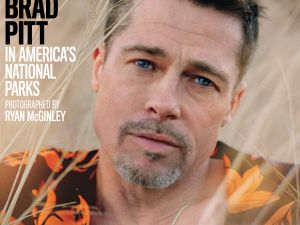 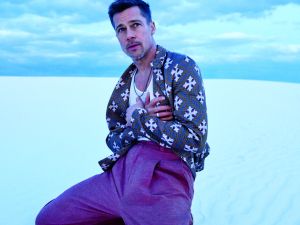 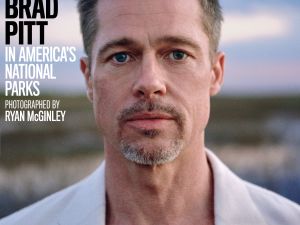 The entire world knows Brad Pitt: his face, his movies and most recently the gossip surrounding his high profile divorce with actress Angelina Jolie. Aside from starring opposite Marion Cotillard in 2016’s Allied, Pitt has been keeping a relatively low profile lately, crashing on the floor of friend and artist Thomas Houseago’s Los Angeles studio, building fires “just because” and listening to Frank Ocean, as he told Michael Paterniti for GQ Style’s 2017 Summer Issue cover story.

The feature is Pitt’s first big interview in a while, and it’s revealing, raw and in many places abstract and a bit stream of conscious. But words are just words, and they’re only one half of Pitt’s return to the spotlight. The other half of Paterniti’s story is comprised of riveting photos shot by none other than Ryan McGinley, who GQ dubbed “the most important photographer in America” in a 2014 profile. To art worlders, McGinley has been a star for over a decade. But while his photographs have been shown in the hallowed halls of the Whitney Museum, in ad campaigns for Marc Jacobs, Levi’s and Uniqlo, and now on the covers of the world’s most prestigious glossies, his own face and story may still be less familiar than the man he photographed for GQ’s cover.

Here’s a quick rundown on who McGinley is, and why you should absolutely know his name and photos.

His star rose fast and young: McGinley was just 25 when his work was the subject of a major solo exhibition at the Whitney Museum in 2003, making him the youngest artist to achieve the feat at the time. It was his self-published book of photos, featuring oft nude photos of his circle of friends and artistic contemporaries (superstar Dan Colen and the late Dash Snow among them) titled The Kids Are Alright, that propelled him to fame.

He was part of a notorious circle of artists in the early aughts: McGinley is certainly a mythic figure himself, due to the highly stylized and intimate photographs from his early work which obsessively documented the nighttime exploits of his Downtown crew: Colen, Snow (who died of an overdose in 2009) and artist Marc Hundley, to name a few. Colen has gone on to have great commercial success, and currently sits on megagallery Gagosian’s roster, Hundley is aligned with Canada alongside artists like Samara Golden, Joe Bradley and David Askevold, and McGinley is with José Freire’s legendary LES outfit Team, which has spawned its own micro-universe of art stars.

He photographs a lot of nude people: In the years since his Whitney show, McGinley has become known for his whimsical—again, frequently nude—portraits of young people, frolicking through the landscapes of America, which he captures on road trips and elaborate studio shoots.

He’s taken on the role of mentor to the next generation of emerging art stars: McGinley’s fleet of assistants over the years are rising names themselves. A 2013 New York Times profile on the artist detailed his current circle, which has featured artists such as Petra Collins, who was once one of his most photographed subjects, according to GQ.

He was absolutely the right person to photograph Pitt: McGinley’s aesthetic, while it has morphed from documentary to semi-staged portraiture through the years, is still as fresh and sincere as always—he’s never capturing a fleeting feeling that isn’t actually there, happening in the moment, whether it’s joy or lust or anything else. As the Huffington Post’s Priscilla Frank points out, his shoot with Pitt—which traverses the wild landscapes of the Everglades, White Sands and the Carlsbad Caverns—is anything but the traditional celebrity cover shoot. Pitt is depicted as gaunt, playful, mournful, spontaneous, introverted and introspective, all in one spread. The feelings and stories that Pitt reveals in his interview all play out in McGinley’s lens, as he and the actor immersed themselves in the diverse landscapes over the course of eight days. Could McGinley’s singular and outlying take on the celebrity shoot influence the medium just as his fine art photographs have already left their indelible mark in the art world? Absolutely.