Military veterans have a higher unemployment rate than nonveterans, according to federal statistics. One reason may be that when veterans seek civilian jobs, they often face stereotypes from hiring managers. But another set of stereotypes may come into play as well: Veterans fall prey to their own preconceptions about certain types of jobs, and miss out on promising opportunities.

Research I conducted with K.D. Joshi from Washington State University found that many veterans are well-qualified for work in the information technology sector – a wide and diverse range of computer- and communications-related jobs. But large numbers of veterans hold stereotypes that discourage them from seeking IT employment, depriving companies of skilled employees and veterans of meaningful and rewarding work.

Fortunately, this problem can be corrected, and relatively easily, if veterans and those who serve them work together.

Veterans have the skills

We wanted to understand what influenced the decisions of military veterans with various types of disabilities about whether to pursue IT careers in civilian life after their time in uniform. To begin, with the help of retired Marine lieutenant colonel Kimberly Graham, now a job-training consultant, and veterans affairs offices at four universities, we asked 297 military service members and veterans, all with disabilities, a series of open-ended questions about post-military careers. Some of them were searching for work, while others were either still in the service or in college – but would be looking for jobs upon completion.

Our questions included whether they had ever considered a career in information technology, and their thoughts about how their disabilities affect their interest in pursuing an IT career. We also asked them how they thought their military training and experiences might help or hinder their success if they did get an IT-related job.

We learned that these veterans had many skills and abilities that would serve them well in various IT fields. The military is good at teaching people about leadership, management, problem solving, teamwork and handling stressful situations.

But we also found that they had stereotypes about what kinds of jobs were available. Some of the respondents were interested in IT work, either since their youth or as a result of their military experience. For example, one told us, “I am currently working in military intelligence. I plan to work in cyber intelligence after leaving the military.”

Still others had begun to consider a career in IT as a result of their disabilities, telling us, “It is a good field for people with hearing disability,” “I suffer from generalized anxiety disorder with panic. It is easier to interact with a computer than with people,” and “It is less strenuous than [my former job of] being a construction electrician.”

Many of the people we questioned revealed stereotypes about IT work. “I would rather work with people,” one respondent told us. This reflects the misconception that IT professionals sit in front of computer screens all day and do not interact with people. That is true of some jobs, but not all of them.

Many IT workers interact with customers to understand their needs, help people with research questions and technology malfunctions, or design systems to enhance user experiences.

Another respondent told us, “It is not something I consider myself gifted enough at to pursue.” This represents a common theme running through research about groups of people who are underrepresented in IT fields, like women, African-Americans and people with disabilities. Many people told us they thought they needed to have a lot of formal education or be a technical whiz or possess some other sort of superstar qualities to work in IT. That simply isn’t true. The wide variety of IT jobs means there’s work for people of almost any interest and ability.

Others told us they thought IT work required long hours or skills with complex computer-programming languages – or even that they worried IT jobs would be outsourced or sent overseas, putting American workers back on the job search. Those are real concerns, but neither exclusive to IT work nor applicable to all jobs in the field.

Several respondents didn’t know they could have IT careers in the business world. One told us, for example, “I worked in supply chain for 10 years and have business courses; I would have to get a different education to enter the IT field.”

My own university, Penn State, among many others, offers courses in project management and enterprise architecture. Those are IT-related subjects that respondents didn’t identify with IT work. Many American business schools, again including Penn State’s, have information systems departments that teach supply chain management.

Beyond their stereotypes and misconceptions, some of the people we interviewed did not recognize that much of their knowledge and experience from military service would transfer well to IT. “I would enjoy an IT career but I have too much experience in leadership and management to switch a career to IT,” one person told us, apparently not realizing almost every field needs people who can lead and manage others.

What to do now?

For more than 30 years, I’ve been studying what effects technological advances have on the skills and knowledge needed by IT workers. It pains me to see stereotypes standing in the way of rewarding careers in IT. Fortunately, this problem is relatively easy to address, if different units in a university work together.

Veterans and disabilities offices need to make sure that military service members and veterans with disabilities are aware of the range of career opportunities available to them, including in IT. University career counselors need to help these students identify their transferable skills. Of course, that assumes the advisers and counselors know enough about the IT field themselves.

That is where academics come in. Information technology professors need to educate their students, but also their colleagues across their universities. In particular, faculty need to share their knowledge of marketable skills and career opportunities as widely as they can. Through a coordinated effort, we can break down barriers to IT careers one stereotype at a time.

Eileen Trauth, is a Professor of Information Sciences & Technology, and Women’s, Gender & Sexuality Studies at Pennsylvania State University. This article was originally published on The Conversation. Read the original article. 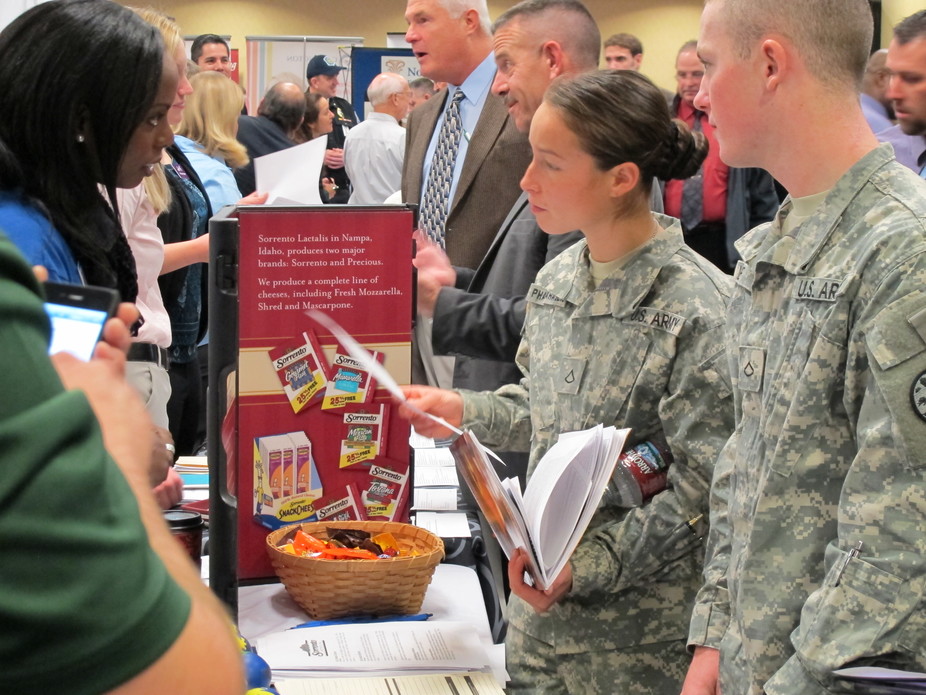