Bronx residents, community leaders of African descent, elected officials and other advocates rallied in support of a street vendor from the nation of Burkina Faso who was brutally attacked by five young men last week.

Souleymane Porgo, a 53-year-old Bronx resident and native of the West African country, is still in critical condition from the beating sustained last Tuesday, according to the Daily Mail. The NYPD identified 21-year-old William Burgess and 18-year-old Enrique Foote as two of the suspects, and announced it had apprehended Burgess this afternoon.

The assault began after Porgo attempted to stop one of the attackers from stealing a purse from his table.

“Latino, African-American, African, Caucasian, Arab, any human being,” said Bourema Naimbele, co-founder of the Muslim and Immigrant Coalition for Justice. “This is something we all have to come together to combat, Muslim or not Muslim. So we want everybody to know this is not about African, this is about human beings. When you watch what happened, you could know this is something that shouldn’t happen to anybody.”

Naimbele, a native of Mali, said that the purpose of the rally was to have people come together to stop violence “in our own neighborhood” because “this is not something anyone, anybody, anywhere should accept.”

According to the Muslim and Immigrant Coalition for Justice, Porgo’s wife and two toddler daughters witnessed the attack, which occurred on the corner of 149th Street and 3rd Avenue, a key commercial hub in the Bronx. The immigrant vendor sustained a broken jaw and fractured skull, among other injuries.

Samira Zibongo, a family friend of Porgo’s who has known him since she was a child, started a GoFundMe campaign—which, so far, has raised $18,141 over the $10,000 goal—to help him and his family. She became emotional and teared up as she spoke about him.

The rally drew about 100 people, including a number of immigrants of Burkinabe descent, as well as representatives of Bronx Borough President Ruben Diaz, Jr.’s African Advisory Council and the nonprofit African Communities Together.

Hawk Newsome, president of Black Lives Matter of Greater New York, said that “community is what we need” and that “black lives matter” is not just about criminal justice in policing but about empowering black communities.

Sean Basinski, director of the Street Vendor Project, said that his GoFundMe campaign—which has raised $23,378 over the $3,000 goal—and Sibango’s GoFundMe campaign have raised more than $40,000 combined from people from the community “who care.”

He also said that SVP will create a $5,000 fund for the family for any information leading to the arrest of the criminals and that they would work with the police on that as well as logistics. He said that he’s still waiting to hear back from the detective in charge of the case, who he called yesterday.

Bronx Councilman Rafael Salamanca, who represents the area, asserted Mayor Bill de Blasio and Police Commissioner James O’Neill need to start paying more attention to the South Bronx. He said that when he called the 40th Precinct to inquire about foot patrol in the area, he was told that there are vacancies in the precinct.

Bronx Councilwoman Vanessa Gibson said that the issue hits close to home for her. 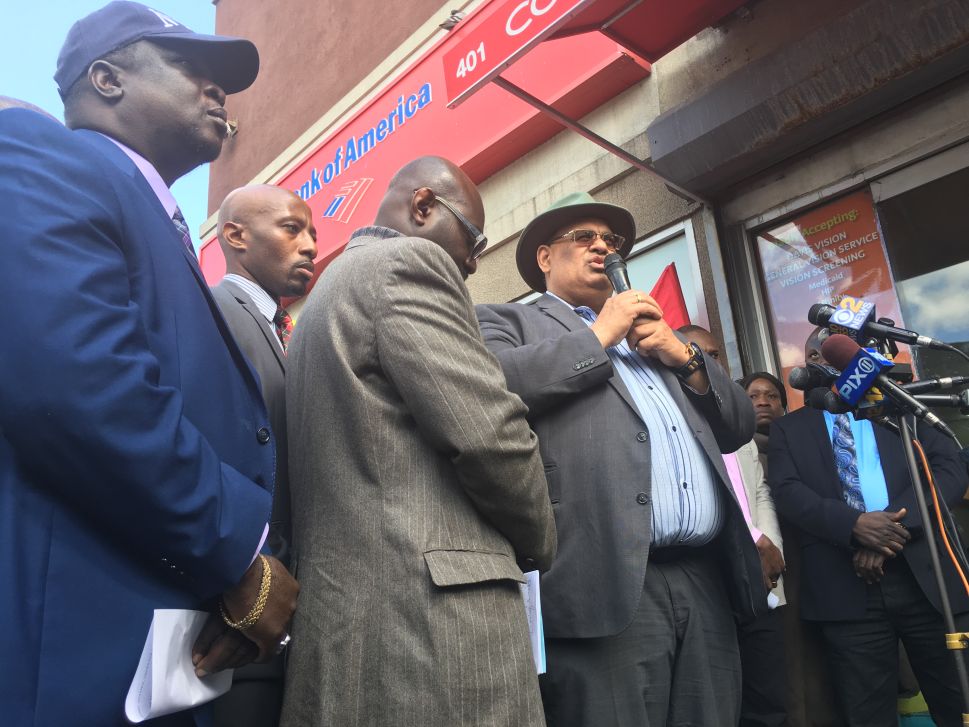