Previously on A Quick Word From…

Hello, my name is Bruce Springsteen. I am a singer/songwriter from New Jersey, and to be honest, I’m a little pissed off right now. When I saw the first Guardians of the Galaxy movie, I was enamored by the soundtrack. “Hooked on a Feeling?” “Spirit in the Sky?” The movie had a great collection of 70’s and 80’s hits. As a prolific musician from that time period, I figured my music was a sure thing for the sequel.

Imagine my surprise when I realized that Guardians of the Galaxy Vol. 2. also does not feature a single Bruce Springsteen song. I understood when I wasn’t in the first movie. It seemed like an honest oversight. But now that I’ve been ignored for two movies in a row, it is hard not to take this personally.

Honestly, it’s whatever. I don’t care. I’m just a guy with a guitar, you know? It’s just the whole point of these movies is that they feature space stuff with cool old songs. Starlord’s got those cassette tapes his ma made him. How in the world am I not on those tapes?

Is Peter Quill’s dead mom too cool for Bruce?

People think I only write about abandoned factories and seaside towns, but I basically wrote “Born to Run” about a spaceship chase sequence. Any number of my songs would work for these movies. Drax could walk down a hallway in slow motion to “The River.” Nebula could stab somebody while “4th of July, Asbury Park (Sandy)” blared over a prison intercom or whatever. Maybe there could be some sort of ironic “Born in the U.S.A.” bit where there’s a bunch of aliens who clearly weren’t born in the U.S.A. I mean, I’m just spit-balling. I don’t want to tell you how to do your job.

“Thunder Road” is probably already the name of some galactic highway you nerds like, right? Use that one. They probably have screen doors in space. I mean I’m just a guy from the swamps of Jersey, but I swear to God they are exactly like the swamps on Ego, the Living Planet.

If you want me to make a cameo, I will totally pull Baby Groot on stage to do the Courtney Cox dace from “Dancing in the Dark.” If you’re going to act like you don’t want to see that, you’re a goddamn liar.

That funny little racoon fellow actually reminds me of an old friend of mine. A friend by the name of Johnny 99. HIT IT!

Sorry, sometimes when I’ve been talking for a while I just assume I’m in the middle of stage banter.

Fleetwood Mac is in the new movie. I’m really happy for them. I’m just not going to act like it doesn’t hurt my feelings. Imagine driving the entire E Street band to the movies and then having them all nervously look over at you while the twenty post-credit scenes roll, realizing you’ve been shut out of yet another Guardians of the Galaxy soundtrack. It’s embarrassing, you know? Little Stevie Van Zandt cried for hours. I mean, the dude is basically already an alien.

I just feel like there’s an entire catalog of working-man-specific 70’s and 80’s pop that is being conveniently ignored by the folks at Marvel. Yesterday, Billy Joel called me, and he was like “You see this new universe guards movie, Tom?” (He thinks I’m Tom Petty), “we got locked out again. SunGod’s mom didn’t put us on her mixtape, which is bullshit because Elton John made a dying promise to me that there were in fact pianos in space.”

After I once again explained to Billy Joel that Elton John was still alive, I hung up and immediately started DM’ing the Thor: Ragnarock people on Twitter. They seem to be doing another space music thing, and I want in. Marvel, you guys can have “Working on a Dream” for free.

In conclusion, if Thor doesn’t smash the Hulk with his hammer while “Atlantic City” plays, I for one, will not be sticking around for Phase 4 of the MCU. 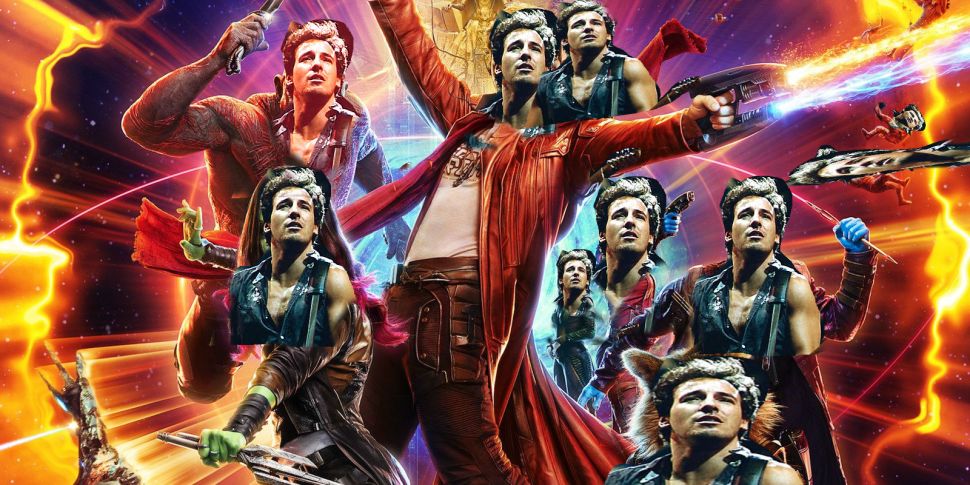