The California Democratic Party chair race turned into a closely contested race between establishment candidate and corporate lobbyist Eric Bauman, who currently serves as vice chair, and Kimberly Ellis, a San Francisco activist backed by the National Nurses Union and Our Revolution. Lt. Gov. Gavin Newsom endorsed both candidates ahead of the election on May 20, though Sanders supporters rallied behind Ellis, who acknowledges the Democratic Party has lost its way and focused on progressive issues like single payer health care despite supporting Clinton in the primaries.

Bauman, a Democratic Party insider whose election was initially viewed as a sure thing, has lived up to his description by the LA Weekly in 2011 as “a professional Democrat and behind-the-scenes power player who has a reputation for playing hard-ball politics and not always being a nice guy.” On May 20, his tactics paid off as he managed to fend off Ellis’ surge, capturing 60 more delegate votes out of nearly 3,000 cast. Ellis has not yet conceded and is consulting with attorneys on how to push for a recount.

On May 7, the Los Angeles Times reported Bauman sent an email to California Democrats alleging he is being falsely targeted with rumors that he engages in “inappropriate behavior with 14- and 16-year-old boys.” Bauman didn’t cite or provide evidence of the rumors. Instead, he cited that a few people within his campaign had heard them. He told the Los Angeles Times that by addressing the rumor, “I sort of in a way spread the thing.” He claimed he wasn’t accusing his opponent of being behind it.

The email sent out implies otherwise. “The members of party cannot go around acting like Donald Trump and his alt-right gang of thugs and expect voters to see us differently,” he wrote in the email. He continued:

I want to say plainly: we Democrats cannot, must not accept or tolerate the spreading of despicable lies like this. It means we are no better than Trump with his character assassination tactics. WE MUST REFUSE TO ALLOW PEOPLE WHO CLAIM TO BE DEMOCRATS TO GET AWAY WITH THIS TYPE OF HEINOUS AND OBNOXIOUS BEHAVIOR!”

His opponent’s campaign denounced the rumors shortly after the email was sent out. California State Party delegate Greg Diamond alleged in a blog post that Bauman fabricated the existence of the rumors for political gain. It’s unclear if political motives inspired the email, but it is strange that Bauman felt obligated to defend rumors that can’t be traced on the internet other than from what publications have covered in his defense against them.

As the California Democratic Party Chair race unfolded, several Bernie Sanders supporters denounced Eric Bauman for his divisive rhetoric and behavior toward progressives within the party. On May 16, Los Angeles activist Lauren Steiner reshared a video from 2015 of a dinner with several California Democratic Party organizers during which Bauman angrily confronted Steiner for asking a couple political questions. She wrote in a Facebook post after the incident occurred, “He left his seat, moved directly in front of me, jabbed his finger in my face, yelled and cursed at me, talked over me when I tried to defend myself, called me ‘honey’ twice and accused me of ‘bully tactics.’ When my friend stood in between to create some distance, he said, ‘I’m not going to hit her.’ Two men had to intervene to pull him away.”

On May 17, Sanders supporter and activist Yolanda Varela Gonzalez openly denounced Bauman in a Facebook live stream over similar altercations with him. “That was my first experience with Eric Bauman, to be told to sit down and shut up,” Gonzalez said in reference to a Democratic Party summit in Fall 2015 at which she called out a speaker for alleging that all of Sanders’ supporters are old, white men. She also noted that Clinton was repeatedly referred to as the Democratic presidential nominee at the time by party leadership. Tearing up, Gonzalez recalled that Bauman intimidatingly poked her in the chest during a conversation at the same event.

Bauman’s consulting firm has a recent record of fighting progressive causes. The San Francisco Chronicle reported in June 2016 that Bauman was receiving $12,500 a month from the pharmaceutical industry to lobby against a proposition that would “cap the price that any state agency or care program could spend on prescription drugs at what the federal Department of Veterans Affairs pays.” Bauman received these payments while earning a six figure salary as an adviser to the California Assembly Speaker, Anthony Rendon.

The Democratic establishment’s failure to fully support that proposition further inspired Sanders supporters, already enthused to get involved in politics by Sanders’ campaign, to take over a majority of the California Democratic Party’s delegates in January 2017. The race for the State Party chair became an extension of that battle, and the party establishment is pulling the same dirty tricks and manipulations it became known for in the 2016 Democratic presidential primaries. 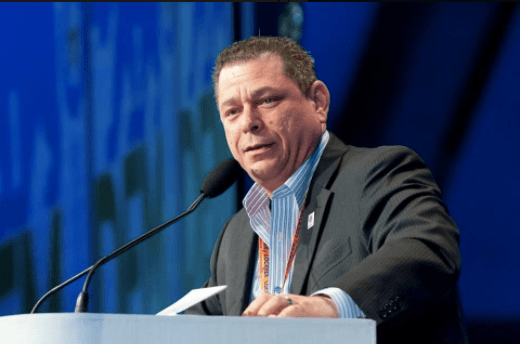