U.S. presidents since World War II have asserted more and more power, especially when it comes to using military force.

President Trump recently dropped the “mother of all bombs” in Afghanistan without seeking congressional approval. The attack on ISIS tunnels followed the bombing of a Syrian airfield earlier in the month.

Article I, Section 8, Clause 11 of the U.S. constitution grants Congress the power to declare war. Meanwhile, the president is authorized to serve as commander of the armed forces under Article II, Section 2. In drafting the constitution, the founders wanted a system in which neither branch of government held too much power and engaging in hostilities was a collaborative effort.

While the War Powers and Commander-in-Chief clauses are clear, questions regarding how broadly they should be interpreted have persisted since the early days of our country. The most controversial issue is whether the president has the power to use the military without a formal congressional declaration of war and, if so, how far the scope of such authority extends. During the course of the 20th and 21st centuries, U.S. presidents often have engaged in military action without first obtaining congressional consent. Examples include the Korean War, the Vietnam War, Operation Desert Storm, and the Afghanistan and Iraq wars following 9/11.

The constitution is not the only legal authority governing war powers. In 1973, Congress passed the War Powers Resolution in an attempt to reassert its authority to declare war. The resolution states that the president must, in every possible instance, “consult with Congress before introducing United States Armed Forces into hostilities or into situations where imminent involvement in hostilities is clearly indicated by the circumstances.” It also states that after engaging in hostilities, the president must “consult regularly with the Congress until United States Armed Forces are no longer engaged in hostilities or have been removed from such situations.”

The terrorist attacks on 9/11 reignited the debate over the division of war powers. Following the attacks, Congress passed the Authorization for Use of Military Force (AUMF). It authorized the president to “use all necessary and appropriate force against those nations, organizations, or persons he determines planned, authorized, committed, or aided the terrorist attacks that occurred on September 11, 2001, or harbored such organizations or persons, in order to prevent any future acts of international terrorism against the United States by such nations, organizations or persons.“

President Barack Obama relied on the same legal authority to launch strikes against ISIS. ”Under domestic law, and international law, the United States is at war with al-Qaeda, the Taliban, and their associated forces,” Obama explained. “We are at war with an organization that right now would kill as many Americans as they could if we did not stop them first. So, this is a just war — a war waged proportionally, in last resort, and in self-defense.”

The problem with Obama’s reasoning, which Trump now seems to have adopted, is that Congress never signed off on war against ISIS or Syria. The last authorization dates back nearly 16 years. It is also a stretch to argue that ISIS or Syrian President Bashar al-Assad are associated with al-Qaeda or the Taliban.

So far, efforts to pass a new authorization for the campaign against ISIS have failed. Given that the GOP is now in control of Congress and the White House, it is time for the president and the legislature to work together to restore the balance of power. If they don’t, the Supreme Court of the United States likely will. 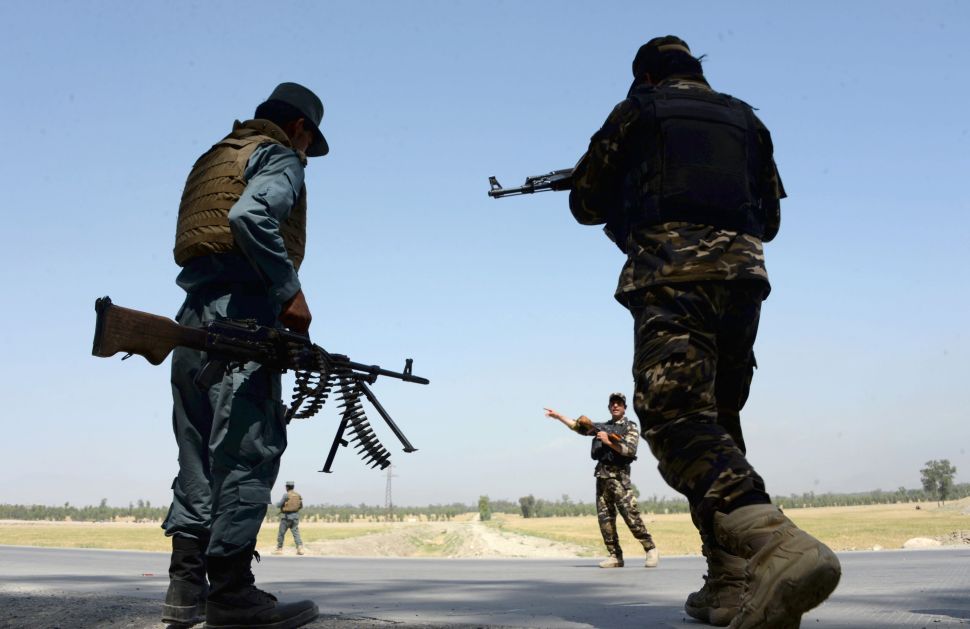