We usually think of science as this amazing, cutting edge endeavor. We paint scientists as explorers, making their way through a jungle filled with the ropy vines of ignorance, looking for the golden chalice of knowledge.

Basically researchers are the myopic, introverted version of Indiana Jones.

It’s a lovely picture, and one that is amazingly common in depictions of scientists in popular culture. It’s all cool discovery this and amazing animation that. When was the last time you saw someone like Neil deGrasse Tyson fiddling with spreadsheets for half a day? Or spending half a week trying to get a bunch of absent-minded professors to agree on a funding proposal?

Because it turns out, most science is humdrum and boring.

This is particularly true of public health, where we know that things are bad for us and it’s more about finding out just how bad they are.

Raw milk is a great example of tedious and everyday science that is nevertheless incredibly important. It’s basically just milk that hasn’t undergone a process called pasteurization, which was developed by a smart French bastard called Louis Pasteur in the 19th century to kill most of the disease-causing bacteria in milk.

It’s been long established that freshly produced milk has a lot of things in it that we might not want to drink, like E Coli (bad), Salmonella (not salmon, also bad), and Listeria (also not salmon, also very bad). If we drink this milk without first pasteurizing it to remove the nasty bugs, we get sick. It’s particularly dangerous for young children, with several kids dying (and many more getting ill) in recent years from drinking raw milk.

The proponents of raw milk basically argue that pasteurization depletes milk of its natural goodness, and that leaving it as nature intended will cure anything from lactose intolerance to autoimmune disease.

It’s important to note that there is no evidence whatsoever that either of these claims are true. There’s no significant loss of nutrients from pasteurization, and no identifiable benefit from drinking raw milk at all.

There’s been plenty of research into raw milk. We know that it causes periodic outbreaks of disease, that it can cause conditions like bovine tuberculosis in people, and that it’s generally bad for our health.

So why do people still do it?

Getting Sick For Freedom

The humdrum science that I’ve been referring to was a brilliant new study released by the US Centers for Disease Control (CDC), that found that despite raw milk making up a tiny minority of milk consumed, it caused 96 percent of all milk-related illness in the United States.

This is, and I can’t stress this enough, completely unsurprising. It just highlights something that we already know; raw milk makes us sick a lot more than pasteurized milk.

It was immediately picked up as The New Big Study to be scared of, which if you’ve been following is a little strange. We know that raw milk is literally poison so why is it surprising that people who drink it get sick?

Here’s the crazy part; despite the overwhelming evidence that raw milk will make you sick, and the complete lack of evidence that it has any health benefits at all, there’s a bunch of people who argue that we shouldn’t pasteurize our milk. Even more importantly, legislation that forces people to pasteurize milk is intrinsically evil, because it’s infringing our basic freedoms!

Now personally, I wasn’t aware that raw milk was a basic human right, but even if it was it’s a bit of an odd argument. Remember, raw milk is literally poison. I’ve never heard anyone argue that we should decrease regulation on cyanide pills because, dammit, people should be free to make their own choices!

This is especially true because, as I mentioned before, raw milk is really deadly for kids. It can cause all sorts of life-threatening conditions in young children, so pasteurization is a must for anyone under the age of 10. Hence we regulate, because kids are notoriously bad at making their own decisions.

But the point here is that these totally free people get food poisoning from milk a lot. In fact, according to the CDC, about 850 times more often than the general population.

And because of this study, we know that they are a growing segment of the population and a vital group to target so we can stop them drinking poison.

Even if they really really want to.

This is a story of how boring, everyday science saves countless people from getting sick. This raw milk study got a lot of press, but there are hundreds of similar efforts going on all the time to identify how and why people are dying, and to try and stop that from happening.

But it saves lives.

Next time you see a story about the New Big Study that is really cool, remember that there are hundreds of Small Boring Studies being published that are probably saving many more lives.

And please, please, PLEASE don’t drink raw milk. It’s dangerous and bad for your health. If you absolutely have to put yourself at risk, at least don’t give it to your kids.

Because they could literally die. 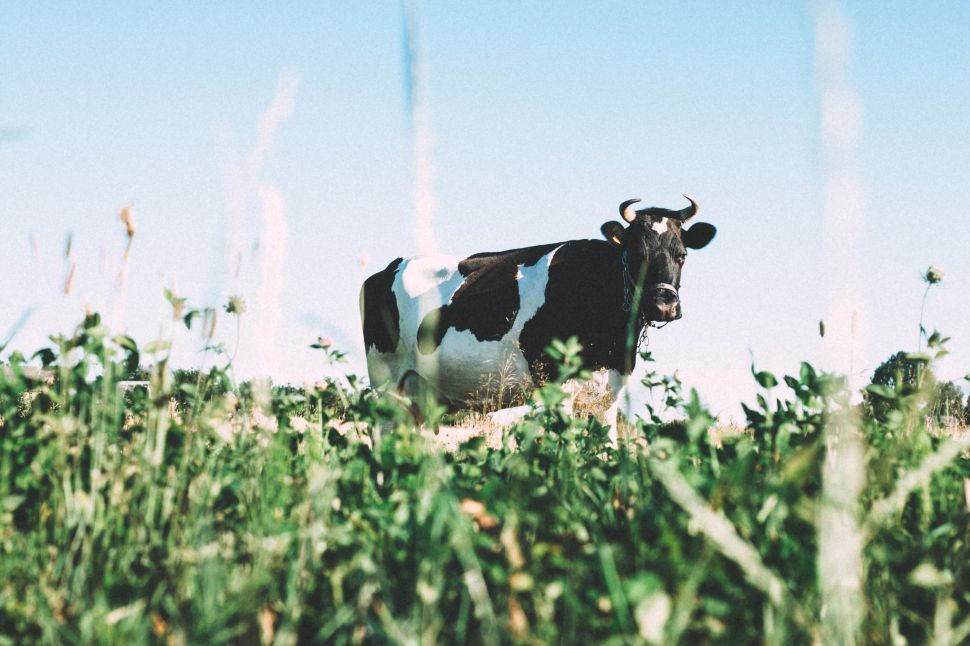