Scientists at CERN are rolling out a game-changing new particle accelerator that has the potential not only to help doctors treat cancer patients but also to help art conservators identify forgeries. What? Yes, the Linac 4 is very real, and it may, in fact, be able to do both of those things thanks to its miniaturized hardware, reports Reuters.

The new accelerator is the first to be unveiled by Europe’s leading nuclear research lab since the Large Hadron Collider, its 17-mile long circular light-speed proton smasher. The Linac 4, by comparison, is considerably smaller at 295-feet long, and was built to replace a 39-year old injector the feeds particles into the Large Hadron Collider. The new tech cost approximately $93 million and took 10 years to make, but due to its efficient size the potential applications for use are vast, according to project leader Maurizio Vretenar.

CERN has already created a version of the Linac 4 made specifically for treating cancer tumors with particle beams, as well as to diagnose the disease using isotopes. However, because isotopes decay at a fast rate, getting the particles to patients in time has been an issue. However, with the Linac 4’s considerably smaller hardware, scientists will now have the advantage of portability. “With our portable technology they could be made inside the hospital already,” said Vretenar.

Next, Vretenar hopes to create a 3-foot, 220-pound prototype that could be used in museums to evaluate the materials and conditions of art and jewelry. For the moment, the only museum with such technology at its disposal is the Louvre, and it has been successfully used to identify the mines where precious stones originated, and to evaluate paint used in restorations and forgeries. 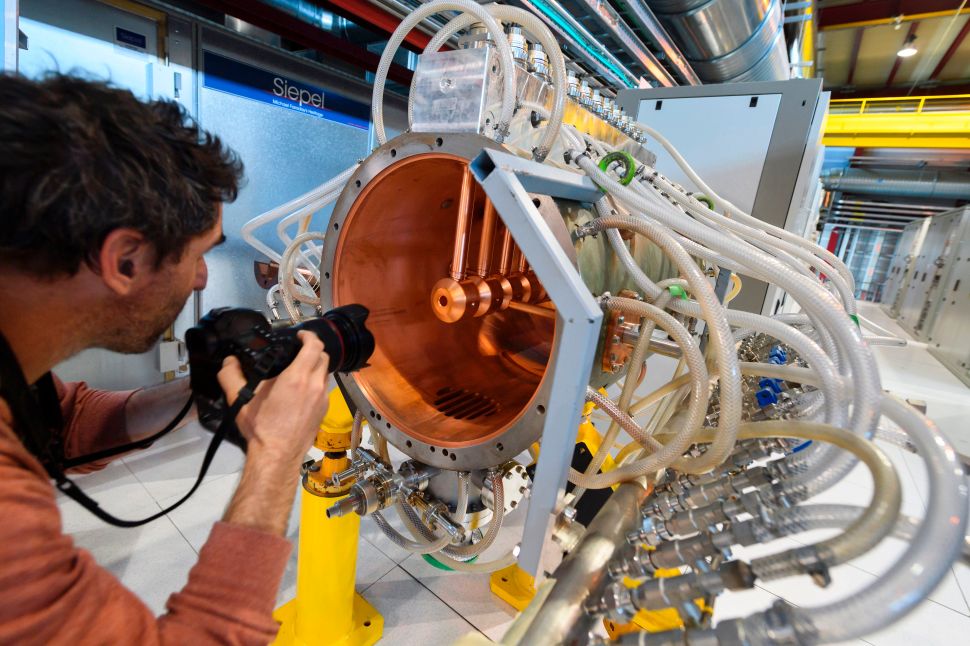