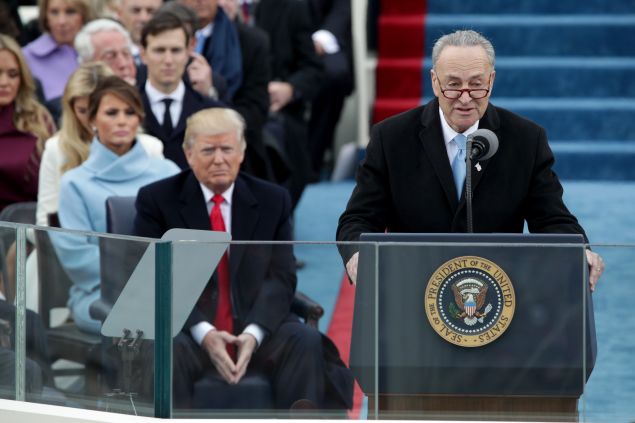 New York Democrats lashed out at President Donald Trump after the New York Times reported that he had urged former Federal Bureau of Investigation Director James Comey to abandon an investigation into Gen. Michael Flynn, the former national security adviser who resigned in disgrace after lying to Vice President Mike Pence about illegal negotiations he carried out prior to the inauguration with Russian Ambassador Sergey Kislyak.

The Times revealed that, among miscellaneous memos Comey left behind after his unceremonious sacking last week, was a note about a conversation he had with the president a day after Flynn’s abdication in February. The jotting purports that Trump told the law enforcement office “I hope you can let this go.”

Senate Minority Leader Charles Schumer said on the floor of the chamber that the report left him “shaken,” particularly given the investigation into potential collusion between the Trump campaign and Russian hackers Comey was overseeing ahead of his dismissal.

“In a week full of revelation after revelation, on a day when we thought things could not get any worse, they have,’ Senate Minority Leader Charles Schumer, the most powerful Democrat in Washington, said on the chamber floor. “Concerns about our national security, the rule of law, the independence of our nation’s highest law enforcement agencies are mounting. The country is being tested in unprecedented ways. I say to all my colleagues in the Senate: history is watching.”

The Times admitted in its article that none of its staff had personally reviewed the memo, but that a Comey associate had read portions of it to the paper’s reporters. The Trump administration has disputed its recounting of the conversation.

Nonetheless, Manhattan Congresswoman Carolyn Maloney vowed to continue to push for an independent commission to inquire into ties between top Trump associates and allies of Russian strongman Vladimir Putin, whom Flynn sat with at a Moscow convention of the state propaganda network Russia Today. The Democratic congresswoman argued that the issues of FBI integrity and independence and of American sovereignty should transcend partisan divides.

“Presidents should never, under any circumstance, obstruct or interfere in any way with an ongoing criminal investigation. Yet, that is exactly what President Trump did when he asked then-FBI Director Jim Comey to drop the investigation into former National Security Advisor Michael Flynn,” Maloney, a prominent Hillary Clinton surrogate, said in a statement to the press. “These are disgraceful abuses of power by the president.”

“It is past time for Congress to create an independent commission and for the appointment of a special prosecutor to investigate not only Russia’s attempts to influence the Presidential election, but also to investigate the White House for any attempts to cover up any Russian connections with the Trump Campaign or inappropriate contacts with Trump White House officials.”

“In no world are the president’s actions acceptable. Condemning them should not be a partisan issue. Respect for the rule of law and our democratic institutions must always come first and we, as members of Congress, have an obligation to uphold the Constitution, no matter our political affiliations,” she continued. 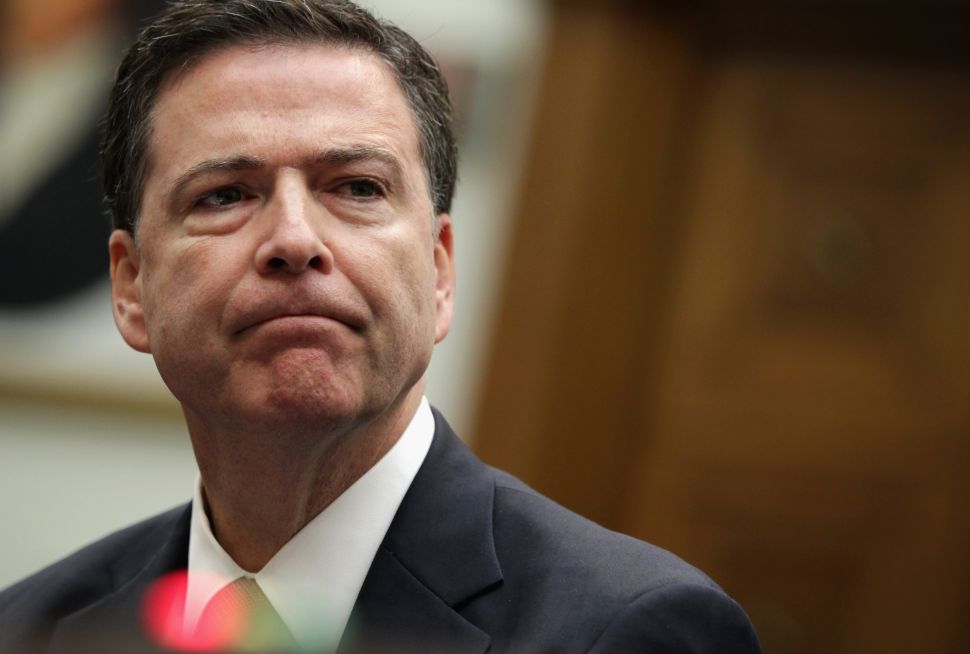