On Wednesday, Soundgarden and Audioslave singer Chris Cornell was found hanging in his hotel room at the MGM Grand in Detroit. He was 52 years old.

Fans of the rock n’roll legend were shocked, as he had performed a very successful concert just earlier that night.

On Thursday, The Wayne County Medical Examiner’s Office said that while a full autopsy had not yet been completed, the preliminary autopsy ruled that his death was a suicide.

However, his wife, Vicky Karayiannis, has since disputed that label, claiming her husband did not show any indication of wanting to kill himself in a statement to EW:

“Chris’s death is a loss that escapes words and has created an emptiness in my heart that will never be filled. As everyone who knew him commented, Chris was a devoted father and husband. He was my best friend. His world revolved around his family first and of course, his music, second. He flew home for Mother’s Day to spend time with our family. He flew out mid-day Wednesday, the day of the show, after spending time with the children. When we spoke before the show, we discussed plans for a vacation over Memorial Day and other things we wanted to do.”

Vicky also implied that drugs may have played a factor in his sudden death, due to the odd way he behaved when she spoke to him after his show on Wednesday night:

“I noticed he was slurring his words; he was different. When he told me he may have taken an extra Ativan [a prescription drug used to treat seizure disorders or relieve anxiety] or two, I contacted security and asked that they check on him. What happened is inexplicable and I am hopeful that further medical reports will provide additional details. I know that he loved our children and he would not hurt them by intentionally taking his own life.”

Vicky Cornell had been married to Chris since 2004, and shared two children with him: Toni, 12, and Christopher Nicholas, 11. Chris also left behind another daughter, Lillian Jean, from his previous marriage to Susan Silver.

In a separate statement to EW, Cornell family attorney Kirk Pasich concurred substances were likely the cause of his shocking death:

“Chris, a recovering addict, had a prescription for Ativan and may have taken more Ativan than recommended dosages. The family believes that if Chris took his life, he did not know what he was doing and that drugs or other substances may have affected his actions.”

Vicky ended her statement by thanking his fans for all of their support.

“The outpouring of love and support from his fans, friends, and family means so much more to us than anyone can know,” she said. “Thank you for that, and for understanding how difficult this is for us.” 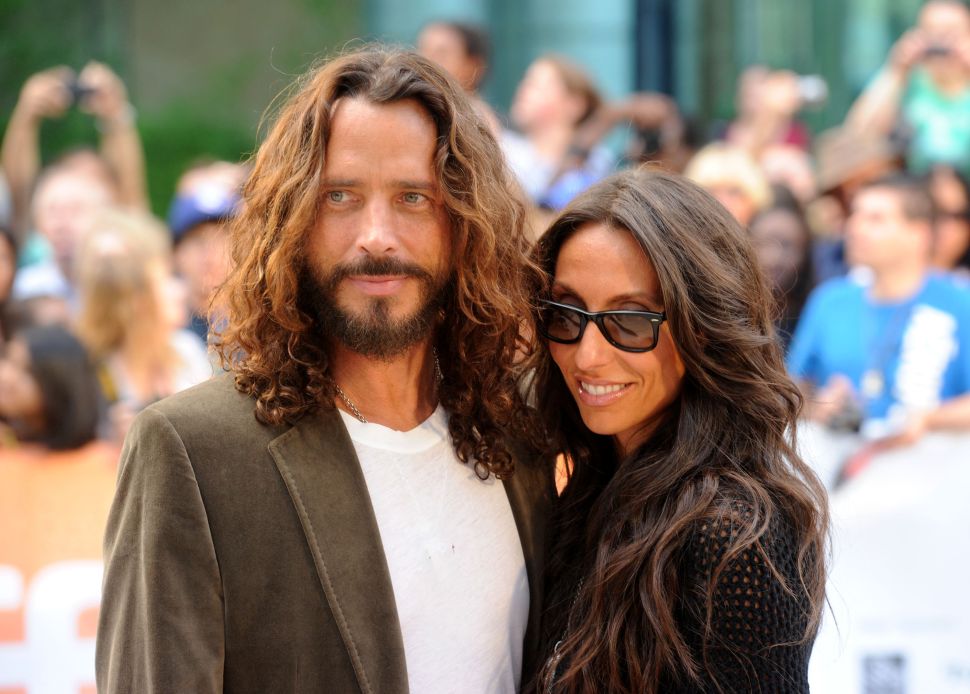