Imagine your child is born, a long-awaited bundle of joy. But there’s a problem: He has a rare and serious genetic condition. Your health coverage won’t pay for his treatment—no surprise since it’s extremely expensive. Something else is more than a surprise, though: After raising the necessary funds yourself, your healthcare provider—the government—forbids you to give your child treatment.

It says he must be left to die.

Tragically, the above doesn’t require imagination for Chris Gard and Connie Yates of London, England—it’s their real-life nightmare.

Approximately eight weeks after the August 4, 2016 birth of their son, Charlie, the boy was diagnosed with a form of mitochondrial depletion syndrome, which causes progressive muscle weakness and brain damage. Charlie has been in a hospital ever since. Now doctors and the government won’t let the eight-month-old out, defying his parents’ wishes and insisting he be transferred to end-of-life care.

It doesn’t matter that a United States neurologist offers an experimental treatment that “would provide a ‘small chance’ of a meaningful improvement in Charlie’s brain function,” as the BBC reports it.

It doesn’t matter that the physician says, to again quote the BBC, that “treating him would be compassionate.”

Nor does the fact that Charlie’s parents raised the $1.5 million needed for travel and treatment themselves—via crowd-funding, with more than 80,000 people rallying to their side—soften the captors’ hearts. The boy’s doctors have decided for the family, with the approval of a court that finds it “very unlikely” the new treatment would be effective.

Of course, “unlikely” means there’s a chance—a chance of being denied Charlie. As mother Connie put it, “Our son is being summoned to death.”

Because that’s what death panels do, in this case with actions striking awfully close to forced euthanasia.

Of course, little Charlie’s prognosis is not good regardless. A specialist (British media won’t identify the doctors) at the Great Ormond Street Hospital in London, where Charlie is being held, says the boy’s condition has “deteriorated hugely” since he arrived at the facility. He is now “completely ventilator-dependent,” said the physician. “This situation is not a tolerable one to leave a child in.”

British high-court Judge Justice Francis backed the hospital, saying earlier this month, “It is with the heaviest of hearts but with complete conviction for Charlie’s best interests that I…permit Charlie to die with dignity.” He also praised the boy’s parents “for their brave and dignified campaign” to save their son’s life and told them how “deeply sympathetic” he was. The parents have until the end of day today to appeal the decision (video below).

Relevant here is a quality doctors share with judges: fallibility. There was a report last year on how physicians are “routinely wrong” on predictions of when the terminally ill will die and another on how mistaken diagnoses of terminal illness are not uncommon. There are stunning miracle cures medical practitioners can’t explain. Then there’s Brandon and Brittany Buell’s little son Jaxon, who, doctors predicted, probably wouldn’t live long after his August 2014 birth but is still in this world making progress today. Of course, he didn’t have a sympathetic judge in his corner.

Yet this isn’t mainly about pity and prognoses, medicine or miracles or the sympathies of the supercilious, but rather: Who should decide a child’s fate, the parents or the state?

Even if hopes for Charlie are in vain, what of the next boy or girl? Do we accept the principle that the government, and not loved ones, should speak for those who can’t speak for themselves (and maybe, one day, even those who can)? Are cold bureaucrats on death panels to be angels of death in a dystopian future?

And that future is now, in some places. Consider what has happened in the Netherlands after a 1973 euthanasia-oriented court decision. As attorney and Discovery Institute Senior Fellow Wesley J. Smith wrote in his 1997 book Forced Exit: The Slippery Slope from Assisted Suicide to Legalized Murder, “In only 23 years, Dutch doctors have gone from being permitted to kill the terminally ill who ask for it, to killing the chronically ill who ask for it, to killing newborn babies in their cribs because they have birth defects, even though by definition they cannot ask for it.”

So the Nazis’ once spoke of “life unworthy of life,” the ancient Spartans would leave “imperfect” children to die, and today’s culture of death continues the tradition. And this reminds me of something.

There was a man at a church I once attended who would—in the days when we cared more about life than lexicons—have been called “retarded.” He needed a walker and his older sister as caretaker and, by materialists’ lights, “didn’t have much to offer society.” Yet not only was he a joy to be around, with his childlike enthusiasm and innocence (the holiest man at the church, no doubt), but I’ll never forget his sister’s words.

Referring to the effect growing up with such a needy, helpless brother had on her and her siblings, she said, “We learned to love through him.”

Perhaps it was the kind of blessing in disguise that could have benefitted a certain oh-so-sympathetic judge. 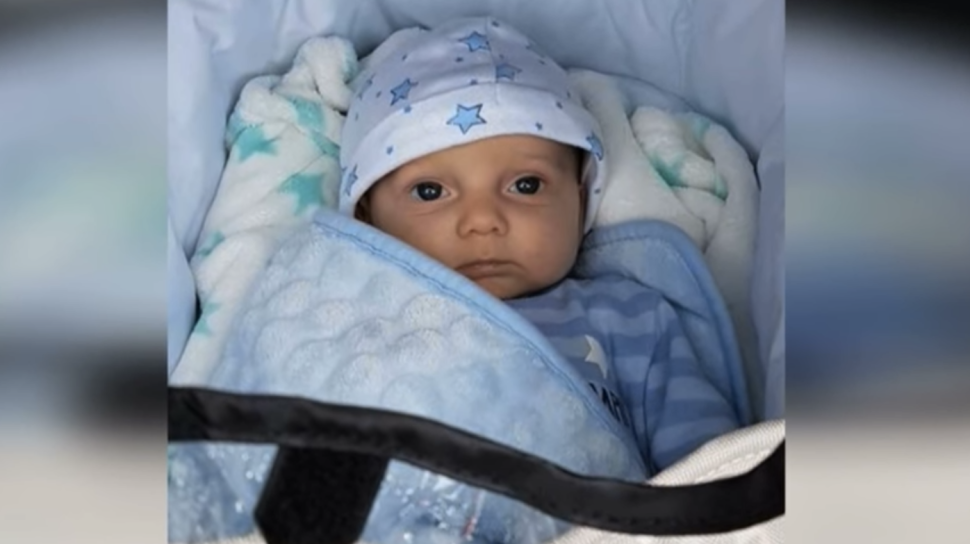