Gov. Chris Christie teed off on Lt. Gen. Michael Flynn, the former national security adviser under investigation for potential links to Russia during the presidential campaign.

At a wide-ranging news conference on Monday, Christie spoke about Flynn in blunt terms, telling reporters he repeatedly warned President Trump not to hire him for one of the most sensitive White House jobs.

“If I were president-elect of the United States, I wouldn’t let General Flynn in the White House, let alone give him a job,” Christie said.

Christie declined to detail his concerns when pressed, saying he was not at liberty to discuss classified information.

“I think it’s safe to say that General Flynn and I didn’t see eye-to-eye and that I didn’t think he was someone who would bring benefit to the president or to the administration,” Christie said at his outer office in the state house. “And I made that very clear to candidate Trump and I made it very clear to president-elect Trump.”

A reporter asked Christie whether he really meant to say he wouldn’t have let Flynn into the White House.

“That’s what I said, because he’s not my cup of tea,” Christie said. “You know, if I were president, I get to decide who comes in and who doesn’t. I mean, he could go on a tour.”

Christie was chairman of Trump’s transition team from April to shortly after the November elections, when he was sacked and replaced by Mike Pence, then the vice president-elect. Christie told reporters that while he was running the transition, “I was not informed in any way about him [Flynn] or anyone else being under investigation.”

As first reported by the Associated Press on Monday, Flynn plans to plead the Fifth in declining to respond to a subpoena for documents issued by the U.S. Senate Select Committee on Intelligence. The AP cited one anonymous source.

Christie also spoke highly of former FBI Director Robert Mueller, who has been named special counsel by the Justice Department to investigate Russian involvement in the campaign and related matters.

Trump has called the various investigations a “witch hunt.” One of his appointees, Deputy Attorney General Rod Rosenstein, selected Mueller.

“I have nothing but great respect for him,” said Christie, who as U.S. attorney for New Jersey dealt with Mueller in the time after the Sept. 11 terrorist attacks. “He’s a good man, and in my interactions with him, I always found him to be very able.”

Trump fired former FBI Director James Comey earlier this month and, according to a report in the New York Times last week, then called Comey a “nut job” during a meeting with Russian diplomats in the Oval Office.

“I do not agree with that characterization of Jim,” Christie said.

It’s not the first time Christie sounds off on Flynn. He noted Monday that he had voiced his concerns to George Stephanopoulos of ABC News in March.

NBC News had reported that Christie told Flynn to pipe down during an intelligence briefing during the campaign, on Aug. 17, but the governor again denied that report on Monday.

“General Flynn and I never had any conflict of any kind — verbal, nonverbal, metaphysical, none — during any of those intelligence briefings,” Christie said. 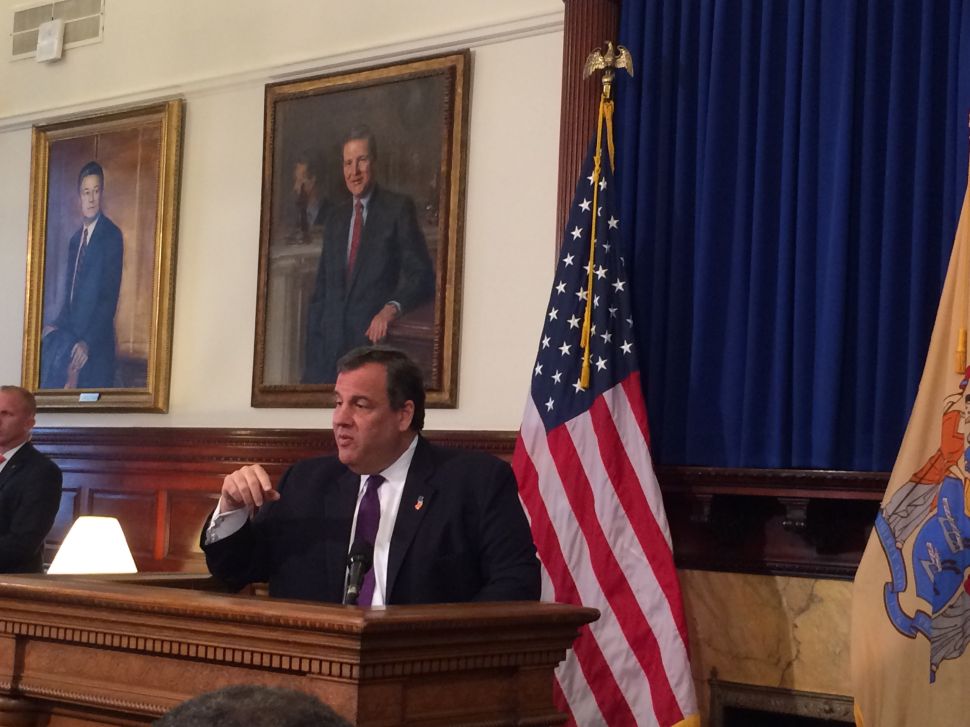