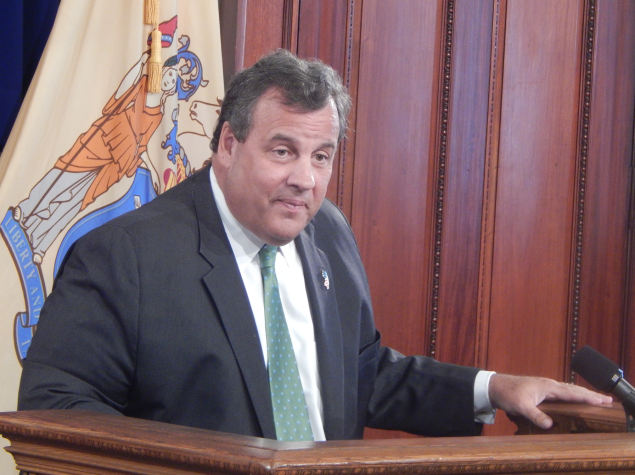 N.J. Gov. Chris Christie wants changes to the state’s marriage license statutes, but not those advocates hoped for. JT Aregood for Observer

Gov. Chris Christie conditionally vetoed a bill to prohibit marriage for people under 18 on Thursday, suggesting to lawmakers the minimum age should be set at 16 instead.

A compromise with the bill’s sponsors — who said the measure was needed to prevent forced marriages and child abuse — is uncertain.

Christie wrote in his veto message that a total ban on under-18 marriages, however, could infringe on religious rights.

“I agree that protecting the well-being, dignity and freedom of minors is vital, but the severe bar this bill creates is not necessary to address the concerns voiced by the bill’s proponents and does not comport with the sensibilities and, in some cases, the religious customs, of the people of this state,” he wrote.

Senate Majority Leader Loretta Weinberg (D-Bergen), a bill sponsor, said she would consult with advocates about the compromise offered by the governor. But she added that the terms of the veto undercut the original intention behind the bill.

“We’ll try to work it out,” she said, adding that 16 years struck her as “not old enough” for marriage.

Christie also recommended a legislative change to give state judges the power to approve or reject marriage applications for those who are 16 or 17.

Assemblyman Reed Gusciora (D-Mercer), another bill sponsor, said the judiciary has a poor record of turning down requests for marriage licenses for teens and said 16 and 17 were “woefully young” ages.

Bill proponents say the aim is to prevent child abuse.

An advocacy group, Unchained at Last, worked to push the bill through the state house. It estimated that about one person under 18 gets married in New Jersey every two days, 85 percent of them minor girls paired with men old enough to make the coupling constitute statutory rape.

Christie wrote, “It is disingenuous to hold that a 16-year-old may never consent to marriage, although New Jersey law permits the very same 16-year-old to consent to sex or obtain an abortion without so much as parental knowledge, let alone consent.”

The state Supreme Court has ruled that minors are not required to inform parents of an abortion as a matter of privacy rights.