Manhattan Congresswoman Carolyn Maloney announced last night she would renew her effort to get the long-stalled Equal Rights Amendment passed, arguing that the era of President Donald Trump is even more reason to get the amendment through.

As proposed and passed by both houses of Congress in 1972, the ERA would codify “equal rights under the law” for men and women in the U.S. Constitution, and give the federal government authority to pass laws barring sex discrimination in hiring, firing, promotions and benefits. Speaking at a Women’s eNews ceremony as one of 21 honorees, Maloney—a longtime ERA advocate—said that she and Jessica Neuwirth, president of the Equal Rights Amendment Coalition, have drafted a new, updated version of the amendment and will push for its passage and ratification by the state legislatures.

The lawmaker argued the push to pass the amendment has acquired a new urgency after the election of Trump, who described sexually assaulting women on tape, pushed to defund Planned Parenthood, outlined plans to slash grant programs created under the Violence Against Women Act, aimed to empower conservative religious groups to become more politically active and indicated his hope to see the Supreme Court overturn the Roe v. Wade decision, which legalized abortion.

“We have never needed the ERA more than we do right now,” Maloney said. “Just look at the first 100 days in office of our current president. He has put more time and effort into attacking women’s health than he has into creating jobs.”

Maloney, who spoke about the amendment in an address before the U.S. House of Representatives last year, noted that there are 20 vacancies in the federal appeals courts and 101 vacancies in the U.S. district courts. Filling them will fall to Trump, meaning a substantial part of the judiciary could tilt rightward.

“We need to level the playing field, we need to have the full weight of the U.S. Constitution on the side of full equality for women,” the former Hillary Clinton surrogate said last night.

After the Nineteenth Amendment was passed in 1920 giving women the right to vote, suffragist leader Alice Paul introduced the Equal Rights Amendment in 1923. The late Congresswoman Shirley Chisholm—the first African-American woman elected to Congress, the first black candidate for a major party nomination and first woman to run for the Democratic presidential nomination—was among the amendment’s supporters. She delivered her famous address to the House in support of the amendment in 1969.

But passing the amendment required not just the support of two-thirds of the House of Representatives and Senate—which it got in 1972—but the ratification of three-quarters of the state legislatures. The late activist Phyllis Schafly led a movement of conservative women against the ERA, arguing it would negatively impact housewives and women in child custody and alimony fights, and would lead to women having to serve in military combat.

Since then, the amendment has been introduced in every Congress and starting in 1994, two methods have been employed to achieve ratification.

Maloney asserted that wage discrimination “has been stuck,” saying that for 35 years, the wage “has not moved” and that this detracts from women’s pensions, Social Security and retirement.

“Women over 65 are twice as likely as men to live in poverty because of this wage gap,” she added. “And we can have a fighting chance if we pass the Equal Rights Act to have equal justice because it becomes the law of the land and the Constitution, then it’s enforceable in the courts. It’s that simple.”

Neuwirth, who is one of the founders and honorary president of Equality Now, a nongovernmental organization established in 1992 to support human rights of women and girls around the world, noted that women are paid 20 percent less than men and that that figure is “even less” for women of color.

“The biggest problem we have is that 80 percent of Americans think we already have the ERA in the Constitution,” she said. “We don’t, and we need the media to help us close this information gap. Women of a certain age—and men for that matter—don’t even know what ERA is or what it means.”

However, the prospects of ERA passing the House and Senate and 38 state legislatures seem especially dim at present, given Republican dominance at all levels of government. 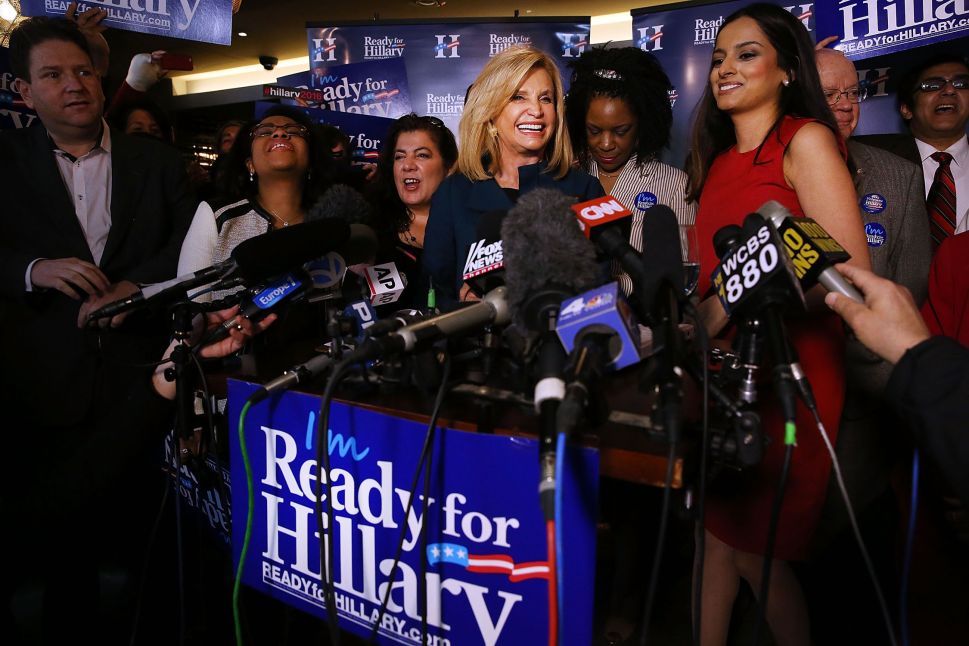