On May 11, Clinton superdelegate, member of Hillary Clinton’s Florida Leadership Council, and former Democratic Congresswoman Corrine Brown was found guilty of 18 charges involving a fraudulent charity that was never registered as a nonprofit.

Brown, who lost her bid for re-election in 2016 after serving 12 terms in Congress, is expected to be sentenced within 120 days. The fake charity, One Door for Education, funded Brown’s lavish lifestyle while she evaded taxes and deceived her donors and constituents.

An FBI agent testified during the case that she spent over $1,400 a month more than her reported income of $175,000 a year—on top of using funds from the fake charity to pay for parties, drinks, dinners and fundraisers. She also borrowed Florida Democratic Party Chair Stephen Bittel’s private jet to go to an NFL game. Even with the overwhelming evidence, Brown had the audacity to try to maintain plausible deniability by placing all of the blame on her chief of staff.

Brown’s behavior is a symptom of the Democratic Party, which focuses on lining their own pockets while taking voters’ support for granted. Her fraudulent behavior—hardly an anomaly among Democrats—is a result of the Democratic Party’s insistence on preserving the status quo rather than taking action to purge corruption from their rank and file members.

Former Congressman Chaka Fattah, a member of Congress for 22 years, was convicted in June 2016 of 22 counts of corruption. Sen. Bob Menendez exhausted his appeals process and will face trial later this year for bribery and corruption. Virginia Gov. Terry McAuliffe, New York Gov. Andrew Cuomo and Connecticut Gov. Dannel Malloy have been the subject of recent criminal and ethics investigations for their conduct in office as well. While the judicial system holds these Democratic politicians accountable, the Democratic establishment has favored loyalty to preserve its own political power.

Former DNC Chair Debbie Wasserman Schultz overtly violated the DNC’s charter to tip the scales for Hillary Clinton in the Democratic primaries. After resigning in disgrace, she was immediately hired by the Clinton campaign, and Democratic Party leaders Barack Obama, Joe Biden and Nancy Pelosi campaigned on her behalf against a primary challenger.

Former DNC Vice Chair and DNC Interim Chair Donna Brazile was widely forgiven by the Democratic Party for helping Clinton cheat before CNN debates—even though CNN fired her for it. This is the party that anointed a presidential candidate who was being investigated by the FBI and actively undermined her opponent Sen. Bernie Sanders, who was the stronger candidate. Even after Clinton lost the general election and Wasserman Schultz drove the party into the ground as its chair, the Democratic establishment has continued to support its corrupt members.

Their obsession with wealthy and corporate donors and disinterest in working and middle class Americans perpetuates an environment that will further magnetize corruption and dirty politics. 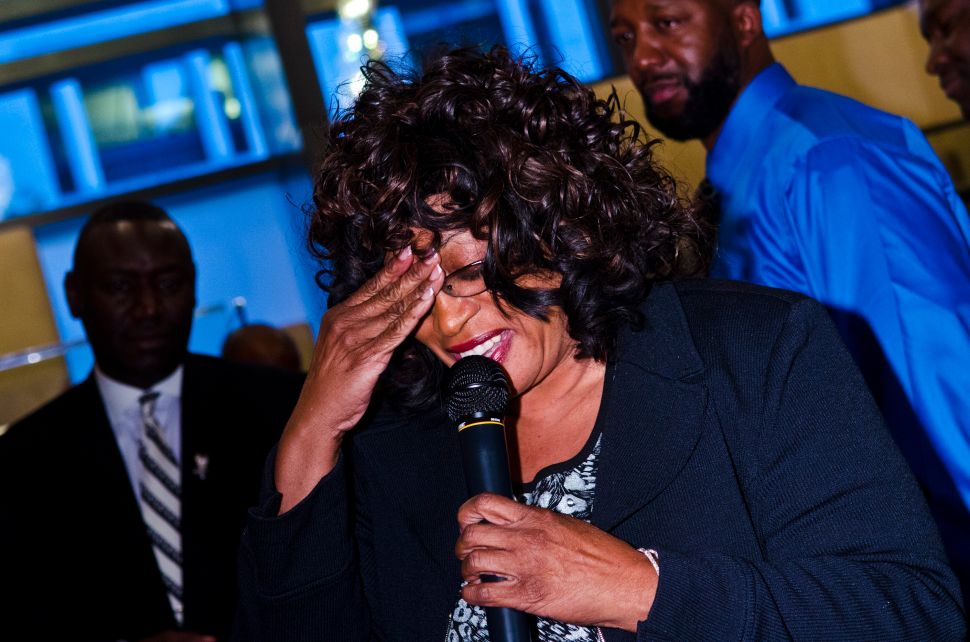