Assemblyman Craig Coughlin has the votes to become the next speaker of the state Assembly, he announced Wednesday.

A raging battle over who gets to control the lower house of the state Legislature has been playing out behind the scenes for months, with Democrats from central and southern New Jersey cementing a new alliance to topple Speaker Vincent Prieto (D-Hudson) after the November elections.

Coughlin, a Woodbridge lawyer first elected to the Assembly in 2010, released a letter of support with 26 signatures from Democratic incumbents and two more from candidates favored to win in November, when all 80 Assembly seats will be on the ballot.

Democrats hold a 52-seat majority in the chamber, and if that majority holds after November, at least one of the candidates on Coughlin’s list would need to get elected in order to make him speaker. That seems like a sure bet, since the candidates — Yvonne Lopez and Carol Murphy — are running to replace Democratic incumbents in safe districts: John Wisniewski, who is running for governor and cannot run for the Assembly at the same time, and Troy Singleton, who is running for state Senate.

“I am truly humbled by the support, encouragement and commitment that so many of my colleagues have openly displayed over the last few months since I have undertaken this journey,” Coughlin said in a statement. “I have been meeting, listening and learning from my Assembly colleagues and look forward to continued conversations regarding the important issues facing their individual districts and our state.”

His ascension would represent a seismic shift in the power balance in the state Legislature, which for years has been run through a power-sharing agreement between Democrats in the north and south.

Now, the Assembly is set to be run by a coalition from central New Jersey counties — namely, Middlesex and Union — while the Senate would remain under the control of South Jersey’s Steve Sweeney, who has been Senate president since 2009 and has secured the votes for another term.

The new arrangement would be a stunning development: Most New Jersey residents and Democratic voters are concentrated in a cluster of urban centers, all of them in North Jersey, which would be sidelined from the leadership.

“Working with Craig — because we’re a partnership, I want to make that very clear — we’re going to put the people of Central Jersey first,” said Assemblyman Jerry Green, the chairman of the Union County Democratic Organization. “I think we bring just as many votes, just as many things to the table, and I just think it’s our turn to show people we can do good things.”

Green said Union County, for example, delivered 80,000 votes for Hillary Clinton in the November presidential election, the third highest total of any county in the state. Central Jersey has often been “overlooked” amid the back-and-forth between northern and southern forces over the years, he added. “We’re a growing population,” Green said.

The battle for the speakership has scrambled the traditional alliances that have held sway in Trenton. On Tuesday, the powerful New Jersey Education Association called legislators asking them to hold off from signing the Coughlin letter.

“We have a lot of conversations with a lot of legislators on a lot of topics,” said NJEA spokesman Steve Baker. “Yesterday, we had some conversations with some people in the Assembly about the accelerated speaker’s race, and we asked them not to sign a letter of commitment this early.”

He added that Prieto “has done a great job as speaker.”

“He’s been a strong advocate on school funding, pensions and other key issues that our members care about,” Baker said.

While the NJEA was making calls to Assembly members, so was George Norcross, the top fundraiser for New Jersey Democrats and pre-eminent South Jersey powerbroker. Norcross declined to comment Wednesday, but several Assembly Democrats said he was calling about Coughlin’s bid.

“There was no pressure at all,” said Assemblywoman Valerie Vainieri Huttle (D-Bergen), who was not on Coughlin’s list. She added that the race for speaker was happening “way too early,” six months before the elections.

“We don’t even know where our caucus is going to be after November,” she said. “I feel like this is a disruption and is taking our eye off the things that we need to do by the end of this session.”

Prieto set the wheels in motion Friday evening, when he announced his candidacy for another two-year term as speaker, which he has been since 2014 through a different power-sharing agreement among Democrats.

He was defiant on Wednesday after Coughlin’s announcement and did not concede defeat, suggesting the election results could swing things back in his favor. Even Democrats who support Coughlin acknowledged that the math is still not a total lockdown because the party could always increase its majority in November, or lose seats in close districts. (In either scenario, Coughlin seems to have better odds of retaining the caucus lead, considering where the likeliest pick-ups and potential losses for Democrats would be on the map.)

“I know who my supporters are in the Assembly Democratic caucus based on my direct conversations with them and from working closely with them for years,” Prieto said in a statement. “At this time I believe our party should be focused on helping Phil Murphy secure the Democratic nomination and ultimately become our next governor by winning in November, not on an internal leadership decision.

“As we all know, the entire Assembly will also be on the ballot soon and the current Democratic caucus will be different from the one that will be deciding on leadership in January. Until the voters make their decision and we know who will have the privilege of serving in the Assembly, an announcement of this type is premature.” (A day before, Prieto had been more conciliatory, telling reporters that “everybody is afforded the ability to run for anything.”)

In his own statement, Coughlin said he tried to keep things within the family.

“I thoroughly respect the Assembly, my colleagues and the caucus process and have worked hard not to go public about the meetings I have been having with members,” he said. “I believe in the sanctity of Assembly deliberations and discussions, wanting to first make sure my colleagues were comfortable in their support prior to a public pronouncement.”

“As always, I will work productively with my colleagues throughout the balance of this legislative session,” Coughlin added.

“I respect Vinnie,” Green said. “I like to feel that Vinnie respects me, but at the same time I don’t want to be critical of Vinnie.”

Prieto has butted heads repeatedly with Sweeney and South Jersey Democrats, who in turn accuse him of lacking vision and stumbling on major initiatives. Last year, Prieto and Sweeney presented dueling plans for a state takeover of Atlantic City. Middlesex County was behind Prieto’s plan, lining up seven votes, but the speaker could not secure enough support from his home base in the north to get it past his chamber. Sweeney’s plan won the day.

This year, Prieto has presented a school funding plan that would add $125 million to several districts. Sweeney and the Senate have a competing plan that would widely redistribute state aid for schools from some overfunded districts (several of them in the north) to underfunded ones across the state, and begin a $500 million funding ramp-up over five years.

A South Jersey Democrat who spoke on the condition of anonymity said it was illogical that Prieto was “holding up legislation on school funding reform that benefits 85 percent of the districts,” but the NJEA has called Prieto’s plan the better of the two.

Coughlin sponsored a broad expansion of New Jersey’s laws on microbreweries, permitting more production and wholesale distribution, which Gov. Chris Christie signed in 2012. He has also taken the lead on clamping down on surprise out-of-network costs for health care consumers. The level of support he has attained is a coup for Middlesex County Democratic Chairman Kevin McCabe, who led the charge for Coughlin for months. “God willing, he’ll be the next speaker,” McCabe said.

The Democrats supporting Coughlin are: 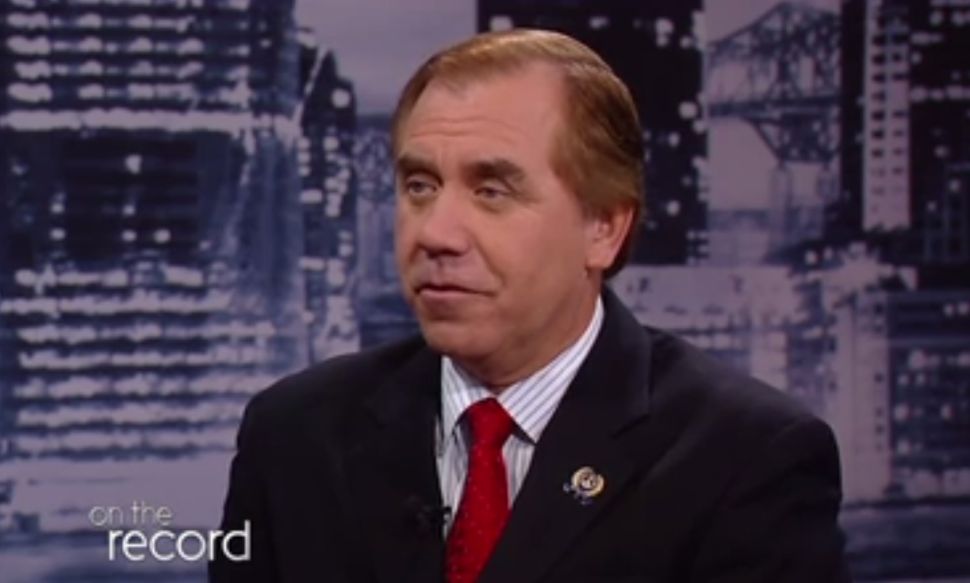