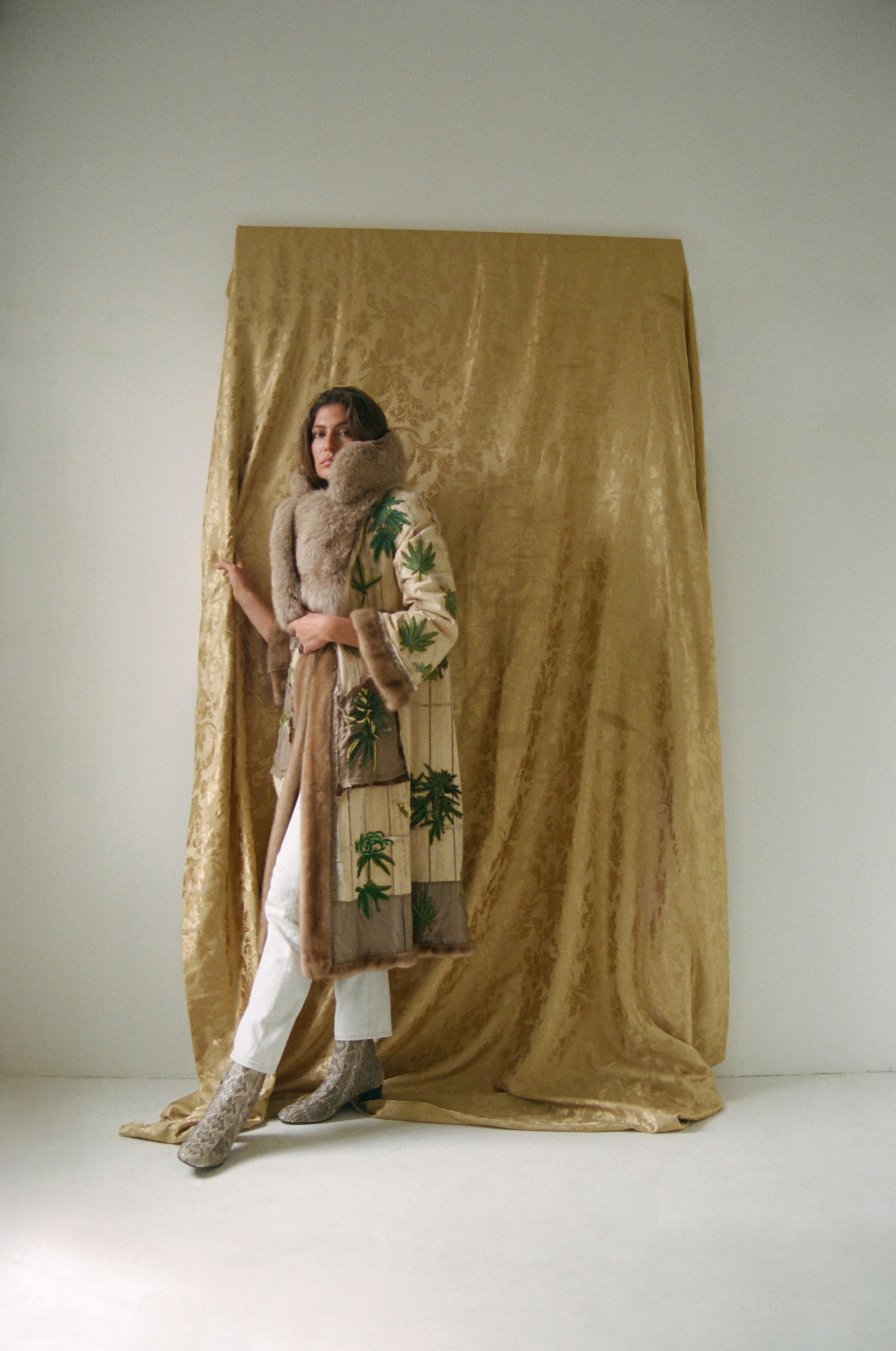 This embroidered fur jacket is made-to-order.
Courtesy Creatures of the Wind 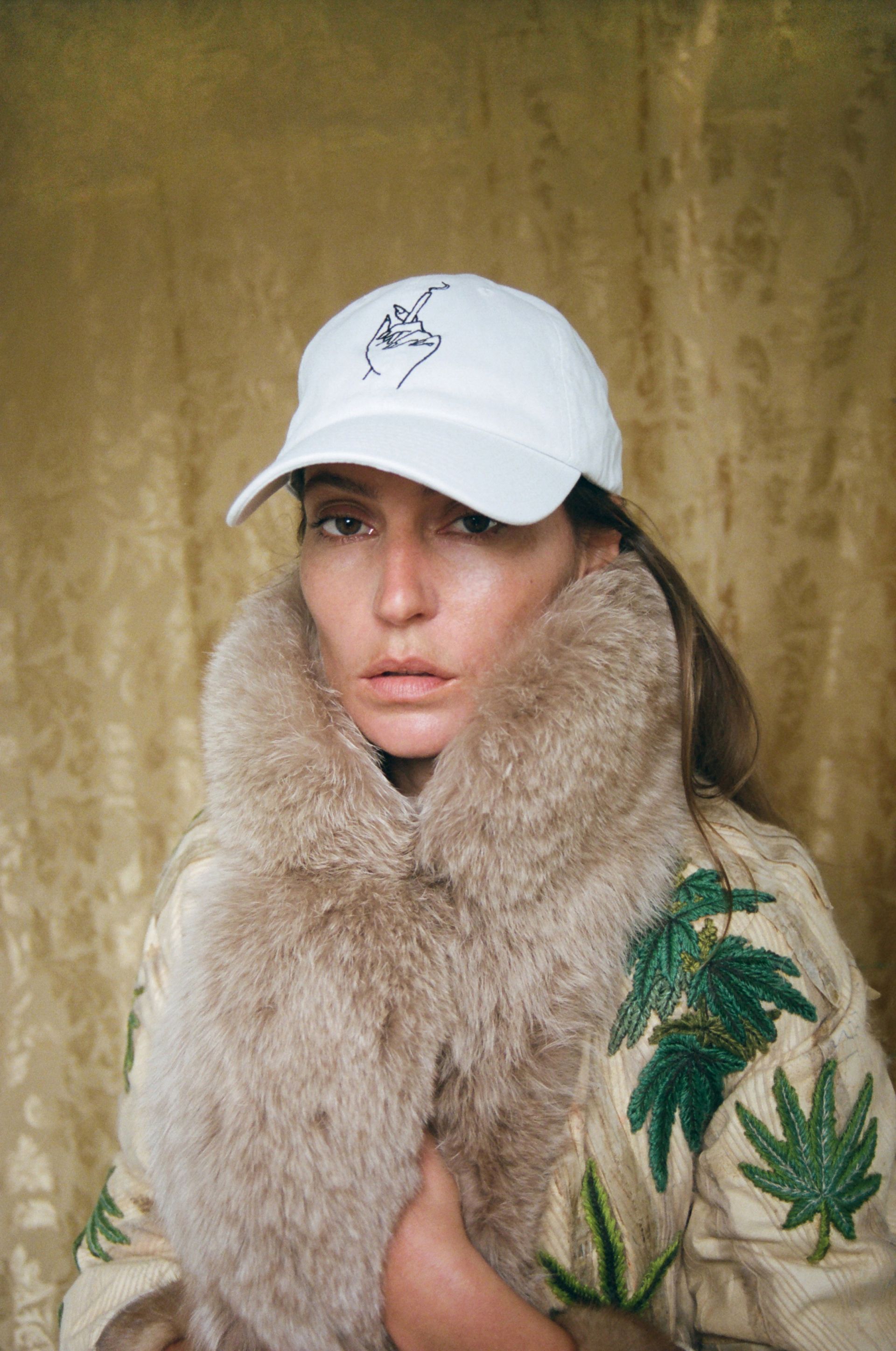 This jacket is the definition of high-brow, low-brow.
Courtesy Creatures of the Wind 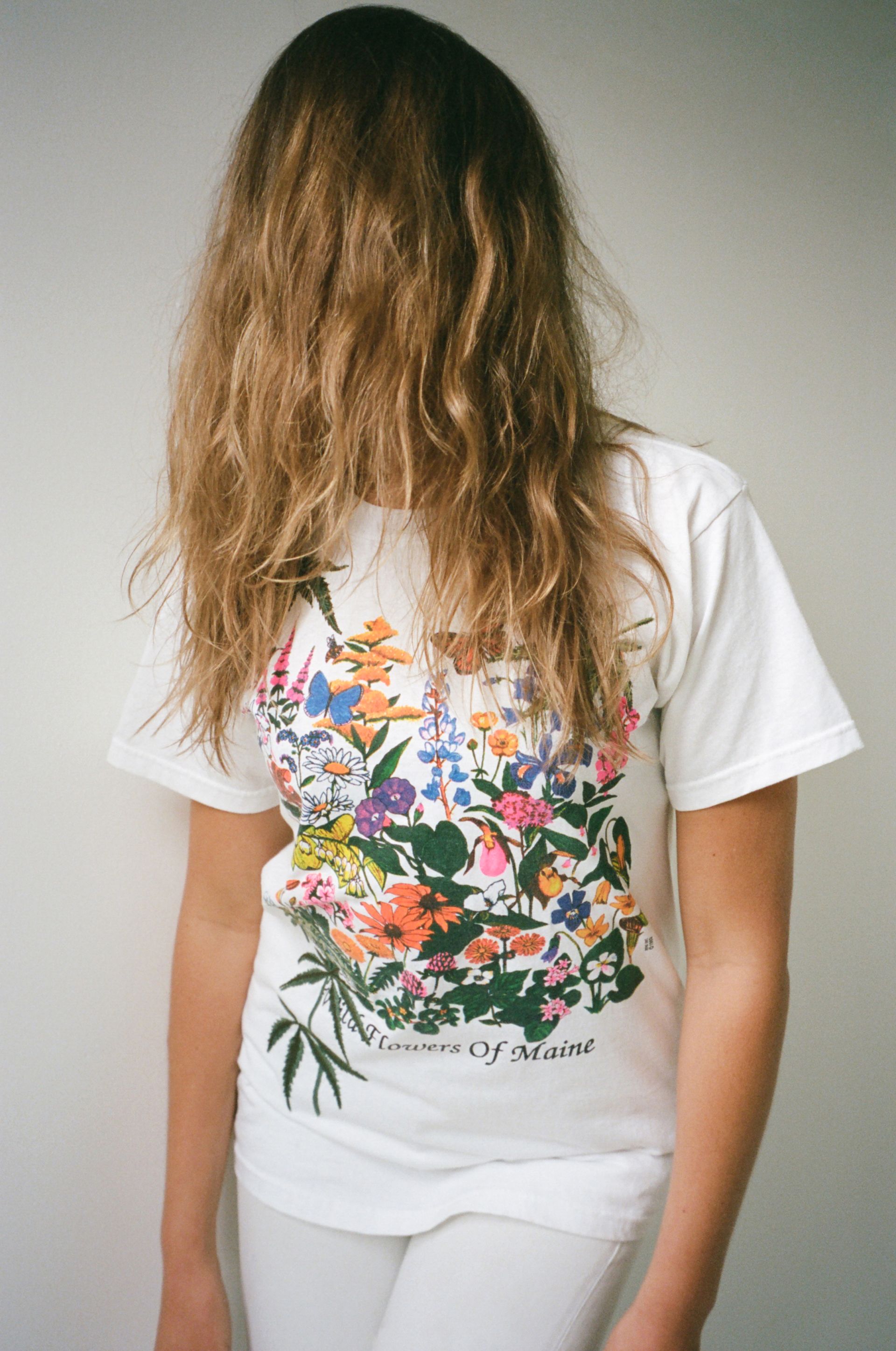 Weed leaves blend in perfectly with an old school floral print.
Courtesy Creatures of the Wind 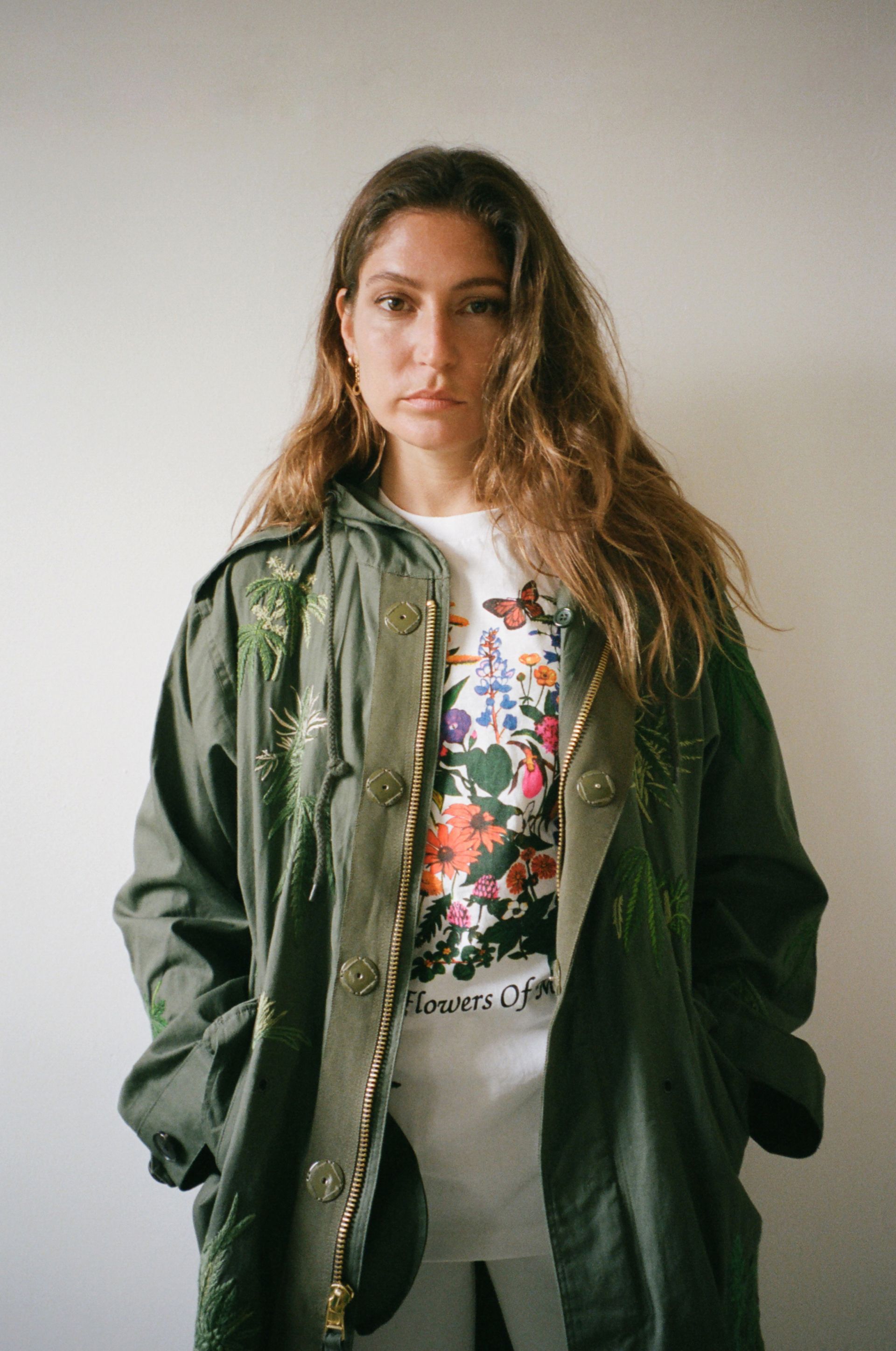 One of a kind embroideries are included in the range.
Courtesy Creatures of the Wind
Advertisement 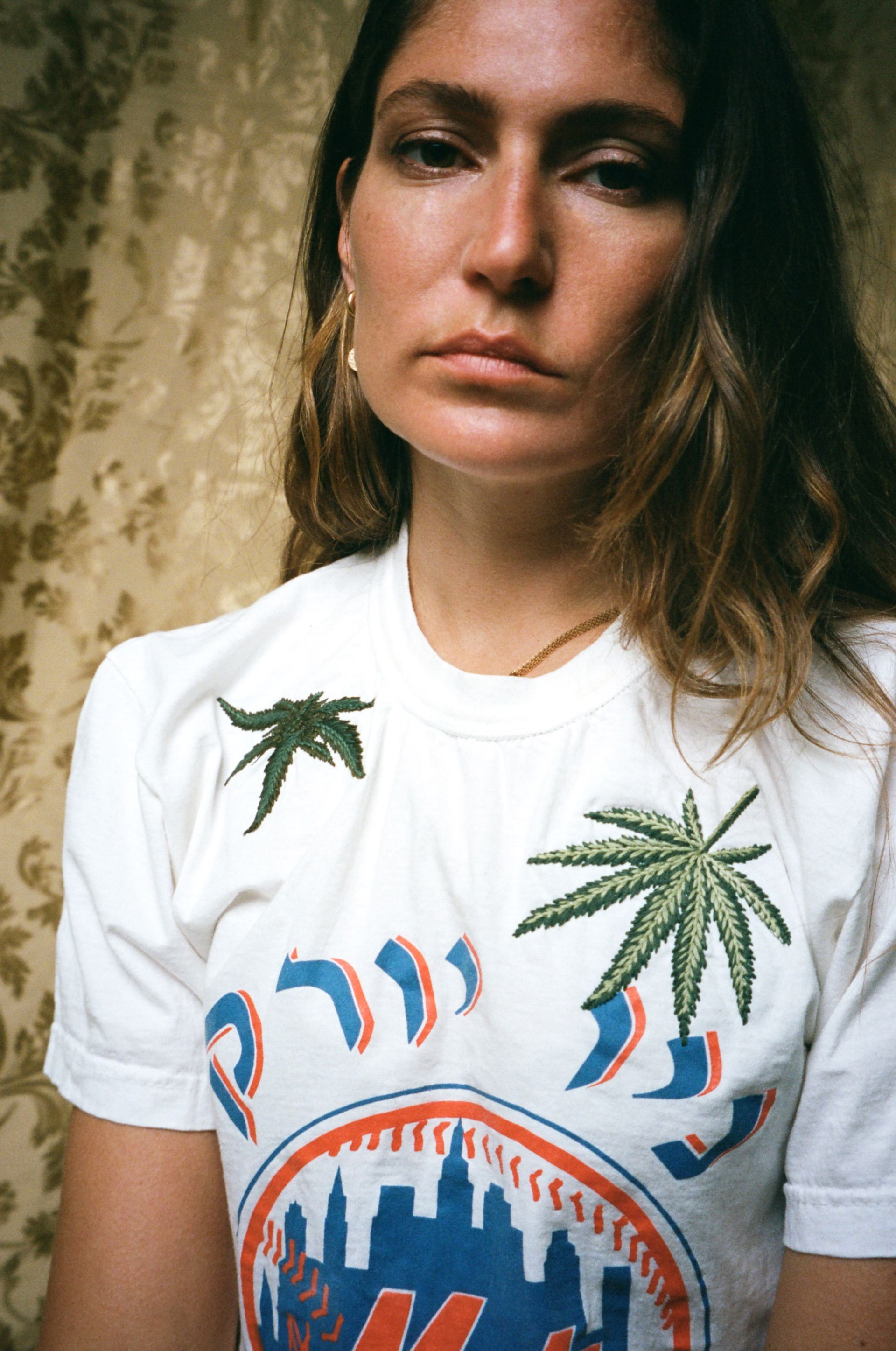 Add a Met's shirt, in hebrew, to your vintage collection.
Courtesy Creatures of the Wind 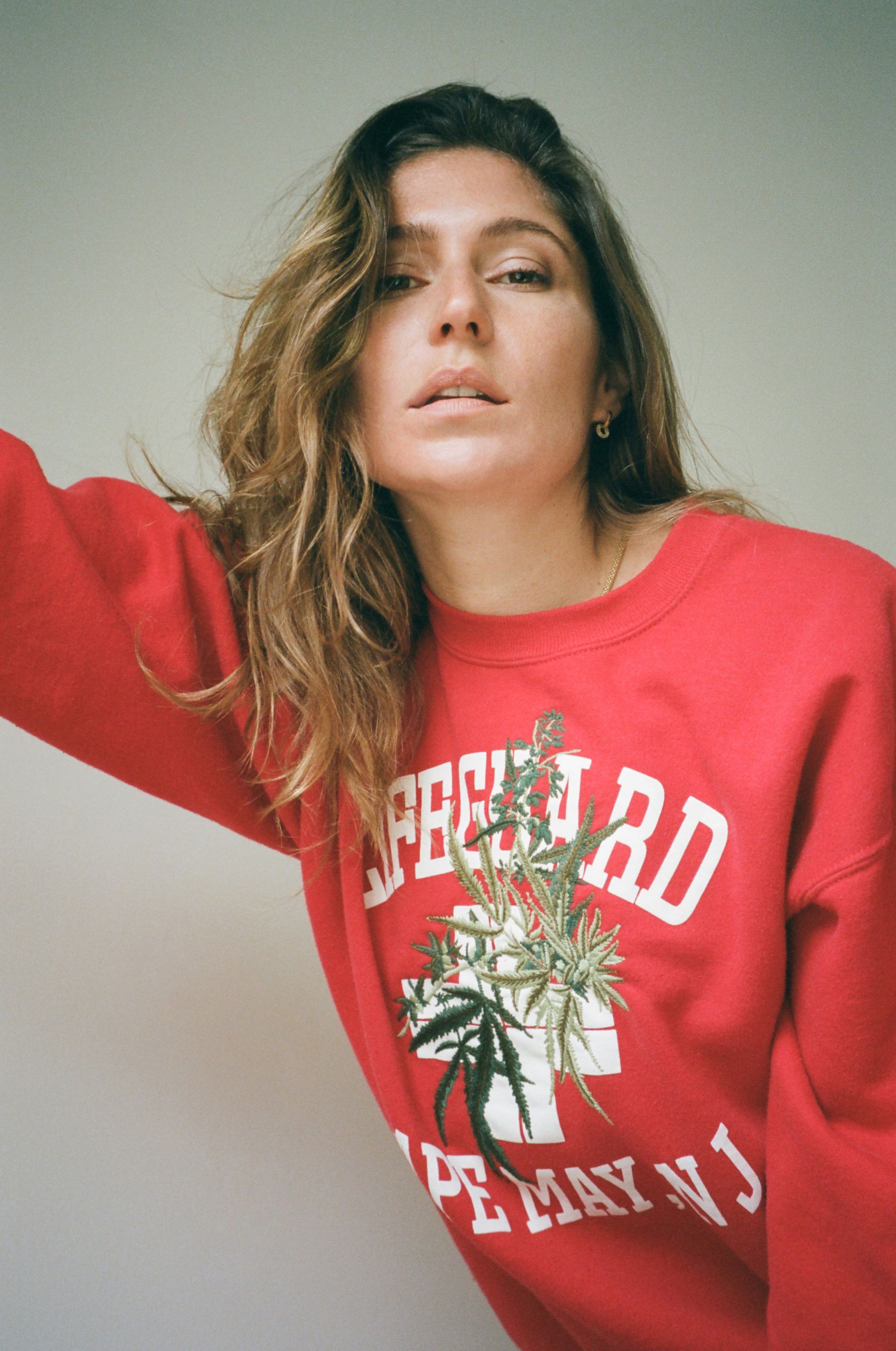 This is the ideal summertime sweatshirt...just don't wear it to work.
Courtesy Creatures of the Wind 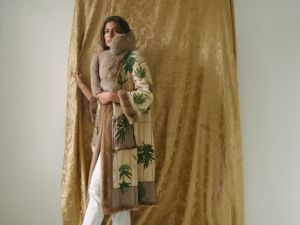 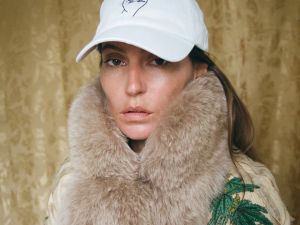 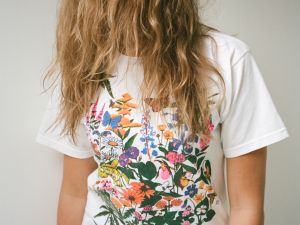 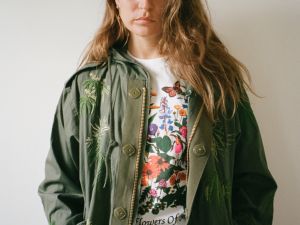 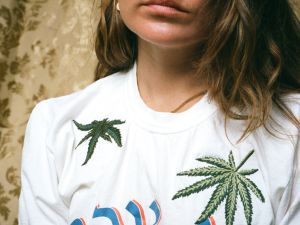 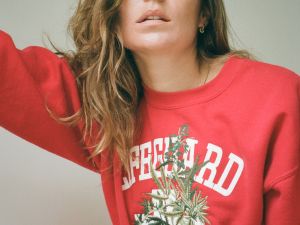 Fashion designers embracing stoner culture is hardly a new concept. Alexander Wang has thrown weed leaves onto sheer tulle tops and used them as accents on leather bags; Mara Hoffman featured the same motifs on some hippie chic dresses and skirts; Vetements turned a marijuana grinder into a must-have necklace; and a slew of menswear shops proudly carry Pax, an aesthetically pleasing vaporizer.

Business of Fashion turned the spotlight on this high concept in January 2017, in a story where they floated the idea that marijuana could be the “next big luxury opportunity.” The feature opened with a focus on Creatures of the Wind and their t-shirts and vintage parkas which were hand-embroidered with weed leaves.

“Every single store is buying it,” co-designer Chris Peters told the site; he designs Creatures of the Wind alongside Shane Gabier.

One of those boutiques was Just One Eye, a Los Angeles destination for the shoppers who prefer their high fashion with a plethora of ruffles, an ample dose of sparkle and a detail that just can’t be found elsewhere. The retailer will carry an exclusive collection of these stoner-inspired designs, which were made in collaboration with System magazine. Quite fittingly, weed is the theme of the magazine’s latest issue and the magazine’s founders, Alexia Niedzielski and Elizabeth von Guttman, figured it would be best to manifest that into a physical product.

The resulting collab with Creatures of the Wind is quite large, including 100 t-shirts and 100 sweatshirts, all of which are vintage and are decorated with weed leaves. There will also be four vintage parkas and a single made-to-order fur coat in the same style. While the jackets look to be rather pricey, with an army coat going for $2,500, the tees and sweatshirts are much more affordable; with prices hovering around $135 and $150, respectively. To showcase the range, the designer duo tapped Stella Schnabel to sulk about in their creations.

Naturally the clothing line will be celebrated in the most obvious way possible: by lighting up. On May 12, Just One Eye will host a party in the store’s parking structure, where edibles and other weed products will be served up on silver platters, likely alongside flutes of champagne. Marley Natural, the responsibly sourced weed brand, which brags about being the “official Bob Marley cannabis brand,” will be providing the designer drugs for the evening. Just don’t forget to bring your own lighter.

Filed Under: Lifestyle, Fashion, slideshow, Bob Marley, Creatures of the Wind, Just One Eye, one of a kind, Marley Natural, System Magazine