CHANCES OF SURVIVING APOCALYPSE: Depends on whether it’s a good or bad day for Jaha

Season 4’s penultimate episode begins with mass confusion as Skaikru is forced by members of the now-singular Grounder clan from their cozy metal bunks inside the Second Dawn Bunker. Now that the floodgates have been opened to the masses (or a curated selection of them) there’s simply not enough room for everyone, and just because the majority of Skaikru knows one end of an oxygen scrubber from the other doesn’t mean they’re an exception to Octavia’s ruling that all the clans get equal space underground. However, Skaikru’s imminent culling does not sit well with Jaha, who spends a large portion of this episode reminding Marcus, Abby and pretty much anyone who will listen that opening the doors to the Grounders was a huge mistake. And so, with 24-hours to the Death Wave, once again our heroes spend precious time wasting resources on a near-all out war.

Meanwhile, as the clock runs down, Bellamy and Clarke embark on a risky mission to rescue Raven from Becca’s island. Radiation levels are dangerously high—even for Clarke’s nightblood—and a roundtrip will cost them roughly 20 hours. But they’ll at least have company; Murphy and Emori volunteer to join in their hazmat adventure thinking it’ll either improve their chances of bumped up the list of limited bunker spots to “essential personal,” or give them a chance to escape to the Lighthouse bunker. This is set to be one tense trip. Clarke and Bellamy aren’t on the best of terms after last week’s standoff at the bunker door. Clarke has fallen deep into a spiral of guilt over her uncharacteristically shortsighted decision to steal the bunker for Skaikru, and understandably Bellamy is sore over her betrayal.

While Clarke’s outright admission of guilt is a collective example of the many sins Skaikru’s leadership has had to reconcile with, again and again, through each season, it is Emori this week who serves up the key takeaway. After briefly feeling accepted by Skaikru when Chris and Jackson returned as promised to rescue them from Becca’s island, she’s once again feeling without a home as the chances of her being allowed to stay in the bunker (she is an outsider after all) are slim. It’s this sentiment, of security being ripped out from underneath, that is the crux of Jaha’s argument to push the Grounders out of the bunker. Just when things get good, they seem to get much worse almost immediately.

And then, just as everyone is clearing the air, the group is attacked by a band of Grounders and crashes their rover into a tree—exactly the kind of time-killing hiccup they couldn’t afford. But they aren’t under siege for long. Banished but still looking for her own meal ticket to survival, Echo swoops in and saves them like the one-woman army that she is. But her addition to their rescue team (which includes Monty and Harper joining with their working rover as the last survivors from Jasper’s DNR party) isn’t all that welcome, especially with the group one hazmat suit short—Emori’s was damaged in their Grounder brawl. Clarke decides now’s as good a time as any to test out that nightblood, and while her immunity looks promising at first it doesn’t take long before she starts coughing up blood. Stuck in the worst kind of pickle, and now without enough time to make it to the island and back, Clarke proposes a radical idea for survival, and Raven is the key.

If you guessed that we would finally, FINALLY get to see that rocket in action, you were right. And you also have so much more patience than I do, because every week I find myself muttering aloud as the “Scenes from next week” roll: “But the rocket?!” Clarke’s pitch: the gang will board the rocket, launch into space, and link up with the remaining portion of the Ark that’s still usable. A perfect five-year plan.

Back in the bunker, not everyone’s chances of surviving are looking as good. Not counting those “essential personal” there are only 80 spots available for Skaikru, which effectively sentences over 300 to die. Marcus gives a really uncomfortable speech to Skaikru, explaining that “like the culling of the Ark, some must die today to ensure our people survive,” and Abby reconciles her guilt by pleading with Marcus to give away her bunk.

I firmly believe after four seasons this plot point—some must die for the greater good—has run its course. In the post-apocalypse, this is par for the course. And while The 100 has found more than enough creative ways to explore this scenario, it just hasn’t gotten over the hump. But in Season 5, with the death wave behind us and, dare I say it, maybe a time jump some years forward after life for our gang in space and underground has settled, perhaps we’ll finally get to see the human race find a way to make it work—at least without so much guilt. Let’s hope Marcus’ favorite motto is the tagline for next season: “We will find our humanity again.”

But not before a good brawl. Skaikru can’t quite make it through the lottery for bunker spots without harsh words, and Octavia is forced to put her foot down and tell the group that if they can’t decide on a list of survivors before Midnight, she’ll be forced to do it for them—which will involve a lot of killing. Jaha, in a moment of rage, devises a plan to gas the grounders and take back the bunker (which is just crazy) before Marcus talks him off a ledge with an even worse and more horrifying scenario: gas Skaikru to calm them down, and then use Clarke’s list to select the 100 survivors while everyone is asleep! “This is how we save our people,” Marcus says through tears, directing a Grounder to leave Abby inside.

On paper, the scene is a perfect circle come to a close; we get to see Clarke’s list go to use, the majority of our cast will survive and as it was in the beginning we are left with 100 souls to save humanity. But in action, this is even more wrenching to watch than the Ark culling. And maybe worse? While the Ark’s leaders decided to come clean with their people in space about the slim chances of survival, have they now turned a corner for the worse by sending their peers to die unknowingly? Sure, this will solve the problem in the short term, but the scars of this second culling will likely stay fresh for longer than five years.

Once again, I just have too many to list here, so stay tuned for a lengthy rant where I can work out all my feelings in one place! 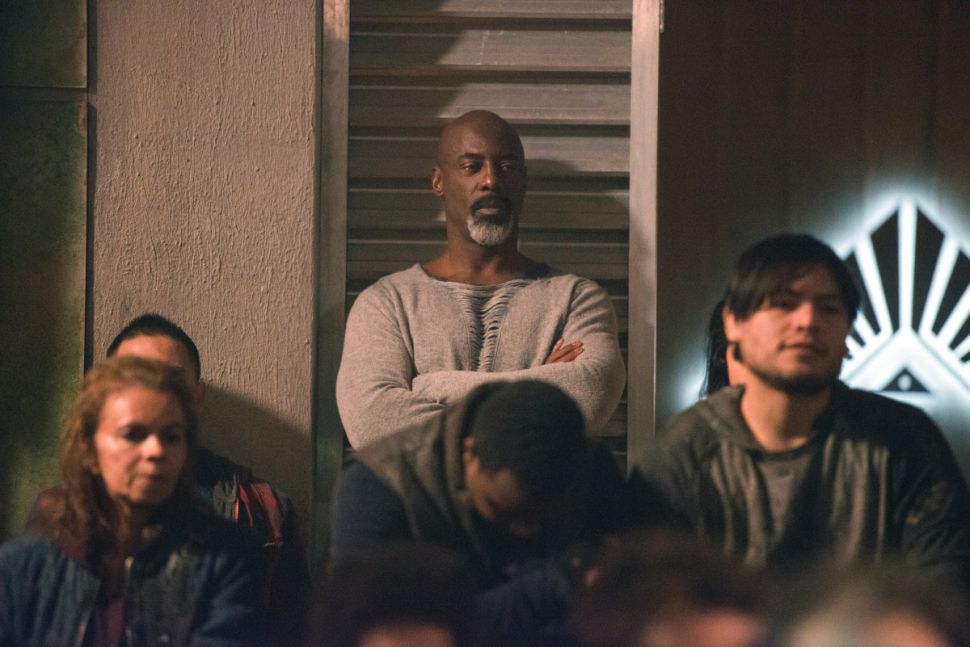