CHANCES OF SURVIVAL: Bunker, Space or simply being Clarke

This is it Grounders (and we are all now Grounders now, like it or not), Praimfaya is here. There’s no where to run, no where to hide—unless of course you’ve been selected to carry the baton of humanity forward in the Second Dawn Bunker along with 1,199 other souls, or you happen to be one of eight about to board a rocket bound for a broken space station in Earth’s orbit. Or—and here’s that The 100-style finale kicker we know, love and have been waiting for—you’re a synthetic nightblood. Season 4 has been a messy game of darts for Grounders and Skaikru alike, as we’ve watched characters throw solution after solution at the board, often missing entirely and having only a few sort of stick to the outer ring. But the payoff is big in this final round, and I’m very pleased to see so many plotlines (many that appeared scrapped) come full circle just in the knick of time to help our heroes survive to see another season. And what a glorious Season 5 it will be, if the finale is any indication of the “big changes” executive producer Jason Rothenberg has promised to come.

Episode 13, appropriately titled “Praimfaya” (finally I know how to spell it!) begins with Bellamy and Octavia saying a tearful goodbye over the radio, as O packs it in and prepares to seal the bunker door and Bellamy readies himself for a return to what remains of the Ark. The divide in their family unit has been nearly impossible to bridge this season, only coming together in the last episode or two as Octavia has, with confidence, ascended to fill the Commander role among the Grounders and realized a little late that the End of the World is no time for grudges. Which is why their farewell is so bittersweet. At the enth hour, all is forgiven but the physical distance between the two doesn’t allow for complete closure, nor does it allow for Bellamy to tell her one last time how much he loves her before their connection cuts out. Unfortunately, that also means that Clarke won’t get to say her own goodbyes to Abby. The connection lost, the death wave rumbling overhead, and Indra by her side, Octavia is left on her own now to lead 1,200 people in the fight to survive underground.

But in this action-packed, hold-on-to-your-seats final episode we don’t actually spend much time with Octavia and those in the bunker at all. How the Grounders and Skaikru manage to come together as one clan and sort out some harmonious and efficient working schedule to keep those oxygen scrubbers going will just have to wait until Season 5.

Meanwhile, at the lab Clarke and crew watch horrified as live footage of the Death Wave finally hitting Polis plays across large monitors. The radiation cloud is accelerating faster than expected, which means they have less time than they thought to stock the rocket with extra food and oxygen, get off the ground, figure out how to dock with the Ark and on and on—oh, and not die. The clock starts to tick down with 1 hour and a little over 30 minutes left to go.

At the heart of this episode is the solidification of Clarke and Bellamy’s relationship—as a team, not a couple. Who knows what the future holds, but for the moment, the two have found in each other a balancing act of pragmatism and emotional support that is satisfying to watch considering how many times they’ve found each at odds over the past few years. Their leadership styles may be different, but together they’re unbeatable. But like all characters and relationships on this show, don’t get too attached. Clarke plants the seeds of the episode’s tensions by preparing Bellamy for the worst: if she doesn’t make it, he’ll need to push forward without her. Abby did, after all, have that A.L.I.E.-induced dream of Clarke covered in radiation boils and dying.

And right on time, something explodes in side the rocket. The communication system is shot, which won’t allow the team to take off and dock successfully with the Ark. Unless the team can use a nearby satellite tower to communicate with the Ark instead, as A.L.I.E. did last season. Bellamy and Clarke are given instructions for how to rig the tower to talk with the rocket and the Ark, and because not everything on the Ark is digital, in this case the docking door, Raven will still get the chance to take her spacewalk. Even in its darkest hours, The 100 manages to fit in a moment of joy—and this is why we love this show.

But Monty is exposed to the air’s high radiation levels while trying to retrieve the oxygenator from Becca’s lab with Murphy, and they’ll need extra hands (Bellamy) to carry him back to the rocket. Now, Clarke has to go to the tower alone, and she’ll have a window of just a few minutes to get the job done and return in time for the launch. Inevitably, she hits trouble when the dish jams, making it impossible to send the signal to the Ark. It’s clear now that she won’t make it back in time, and so she says her goodbyes (mostly to Bellamy) over the radio to a dead connection. “My fight is over” she says, and she starts the climb. After manually resetting the dish, and running from the terrifying wave of fire barreling across the island as fast as her hazmat suit will allow, she barely makes it back inside Becca’s lab, coughing up blood, skin badly burned. Now’s about the time we need that nighblood to kick in.

Bellamy, sensing the worst when she misses her window painfully tells Raven to go ahead with the launch. They take off without a hitch, but wait with their oxygen running out for Clarke’s signal to beam to the Ark. Once inside, breathless and running out of air they scramble to get the oxygenator up and running. It’s a scramble to the finish line, but with the air finally pumping, Raven and Bellamy make a pact to survive the next five years no matter what, lest Clarke’s death will be in vain.

And here it is. Are you ready for the flash forward, because I’ve been ready. Six years and seven months later (2199 days to be exact) Clarke is alive and well living in a small patch of recovering green valley with a shorter haircut, and a teenage companion who also happens to be a nightblood. We get a brief synopsis of what’s happened in her daily radio call to the Ark, though she hasn’t had any luck communicating with her friends in the past six years, and the kids in space are over a year late for their return to the surface. The bunker, she says, is still covered with too much rubble to dig it out, and she hasn’t been able to communicate with those underground either. And then, Clarke spots a ship, only it’s not who she was expecting. It’s like no ship we’ve ever seen; it cruises above the valley hovering with the aid of several boosters, and appears more sophisticated than any of the tech we’ve seen so far on the show—which has to its credit remained well within the realm of the most advanced tech already available on the market. Through her rifle scope she’s able to make out the words “prisoner transport” and “Eligius Corporation,” neither of which sound like good news. And cut to credits.

Was the End of the World worth the hype? Yes, easily yes. Season 4 has been a fast-paced roller coaster ride of war and social collapse, sure, but it’s also seen its fair share of emotional growth from key characters. Jasper’s choice to commit suicide demonstrated how much of an tole survival has had on the delinquents since arriving on Earth, and he managed to do so with the same notes of humor that made him a fan favorite early on. Raven stole every scene she was in, and in most of them she was alone delivering her inner monologue aloud while mastering the equations that end up saving humanity. And Octavia reconciled her grief and learned that not all leadership calls for bloodshed. Seasons 1-3 relied most heavily on Clarke to carry the story, lead her people and solve whatever doomsday scenario was headed their way. Season 4 has proven that more than just one delinquent is cut out for leadership, and together the youth are humanity best shot at rebuilding the Earth.

As for the passengers on that mystery spaceship, let’s hope the bonds forged over six years between Grounders and Skaikru, and our friends in space, are strong enough to meet whatever challenge comes next in the now post-post-apocalypse.

May we meet again in Season 5! And In the meantime, catch up with all our recaps from Season 4 of The 100 here, and ponder my many practical questions about the post-post-apocalypse here. 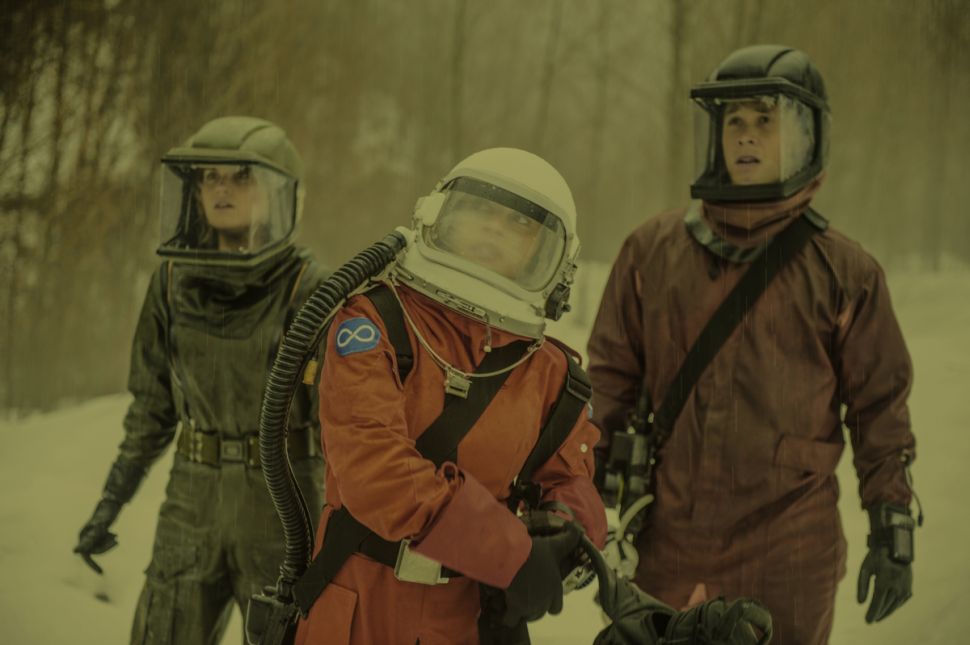