Dartmouth College Professor N. Bruce Duthu has responded to an article published yesterday in the Observer and to academic blogs reporting the controversy surrounding his appointment as dean of the faculty at the prestigious school.

In an email obtained by the Haym Salomon Center, Duthu addresses “colleagues” at Dartmouth regarding concerns raised regarding his support for the anti-Israel Boycott, Divestment, Sanction (BDS) campaign, including efforts to boycott Israeli academic institutions.

I write in response to recent charges that my support of a statement issued in December 2013 by the Native American & Indigenous Studies Association (NAISA) supporting the boycott of Israeli academic institutions should disqualify me from serving as Dartmouth’s next Dean of the Faculty. I continue to believe in the right of private citizens to express criticism of any country’s government policies. At the same time, I do not believe that a boycott of academic institutions is the appropriate response. Instead, I support sustained, open, and collegial engagement with fellow academics, including collaborative research and teaching.

The college is committed to difficult dialogues that are civil and respectful. Those values are often the first casualties in discourse on subjects that are particularly contentious, divisive or polarizing, such as the issue of academic boycotts generally or criticism of the state of Israel. My firm expectation is that contentious topics are discussed in the tradition of open and civil discourse that we have long maintained at Dartmouth.

As scholars dedicated to the rights of indigenous peoples, we affirm that our efforts are directed specifically at the Israeli state, not at Israeli individuals. The NAISA Council encourages NAISA members to boycott Israeli academic institutions because they are imbricated with the Israeli state, and we wish to place pressure on that state to change its policies. We champion and defend intellectual and academic freedom, and we recognize that conversation and collaboration with individuals and organizations in Israel/Palestine can make an important contribution to the cause of justice. In recognition of the profound social and political obstacles facing Palestinians in such dialogues, however, we urge our members and supporters to engage in such actions outside the aegis of Israeli educational institutions, honoring this boycott until such time as the rights of the Palestinian people are respected and discriminatory policies are ended.

In the email, Duthu points out that Dartmouth President Phil Hanlon made clear in a 2013 statement that the school will not support the boycott of Israeli academic institutions or academic boycotts of any kind.

Duthu writes, “In my role as Associate Dean for International Studies and Interdisciplinary Programs, I have embraced this position and as Dean of the Faculty, I will continue to fully support it.”

The response by the newly appointed dean has not eased the concerns of Dartmouth Economics Professor Alan Gustman.

Professor Duthu’s response to the Faculty is an attempt to avoid the anger his public advocacy of BDS has created without repudiating the reasons his positions created this anger in the first place. The BDS movement is anti-Semitic. The chant of the BDS movement, from the river to the sea, is anti-Israel, anti-Zionist and profoundly anti- Jewish. It refers to sweeping the Jews out of Israel.

Dean of Faculty Professor Duthu represents the faculty of Dartmouth. If Professor Duthu wishes to quiet the anger he is hearing from faculty and alumni, he must clearly and unambiguously repudiate his past support of BDS or give up his position and go back to the faculty where he can freely advocate for his beliefs—the view his letter implies that he continues to hold as a “private citizen.”

The economics professor noted Dartmouth’s history of anti-Semitism and predicted that criticism of Duthu and the college will grow unless the newly appointed dean “clearly and unambiguously repudiate his position and support for BDS.”

Professor Duthu did not respond to our original request for comment. 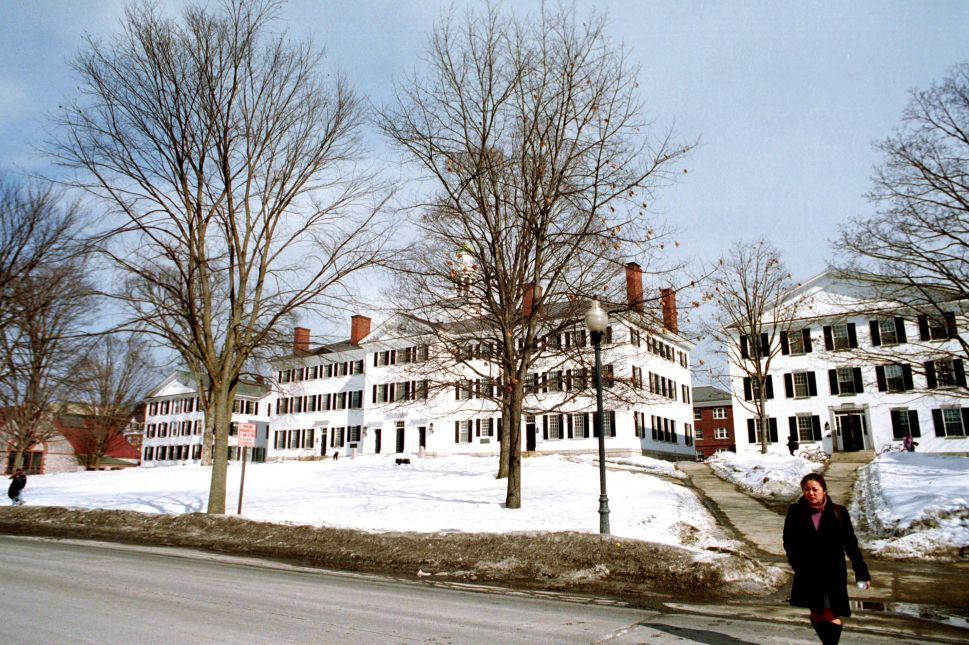