#1. He won’t accept tagged photos with you. If you have gone on less than five dates with someone, it’s creepy to post a tagged photo of the person you’re dating. However, if you have passed the one month mark, he should feel comfortable enough to be seen in a tagged photo with you. If not, it may reveal substantially larger issues. Perhaps you two are not on the same page and see the relationship differently. He may not have told his friends and family about you, or he may have a whole separate life on Facebook that he carefully curates using privacy restrictions. Unfortunately, if he doesn’t want to be seen in a tagged photo with you, he’s just not that into you.

#2. He refuses to like any of your posts. Perhaps he has strange policies about liking photos or content of yours. After some careful digging, you notice this is in fact untrue and that he has liked and commented on other people’s photos. If he doesn’t want to commit to liking anything you post, he doesn’t want to commit to you in a larger capacity—period. He doesn’t have to be an online groupie and favorite everything you do, but he should at least take a minimal level of interest in your digital life. If he makes blanketed statements about not wanting to engage with your content, run while you still can.

#3. He refuses to connect with you on certain social media channels. If he has commitment issues, he will give you all sorts of excuses about why he doesn’t want to connect with you on social media. Getting him to accept your requests will be a challenge. Pay close attention to what social media channels he connects with you on. For example, is he comfortable friending you on Facebook, where he hasn’t posted updates in two years, but he keeps his active Instagram and Snapchat accounts private? Maybe he’s keeping you locked out of live updates for a reason.

#4. He is absent from Facebook messenger. Has he connected with you on Facebook but never actually sent you a Facebook message on the messenger app? This is a big red flag. He knows that once he starts messaging you, you will be able to see when he was last active and when he has read your messages.

#6. He hasn’t cleaned up his feed. After you connect with him on social media, pay close attention to his tagged photos. Has he cleaned up photos of his ex to make “digital space” for someone new? Or does he still have photos of him riding off into the sunset with a previous romantic partner? Someone who wants a relationship won’t be advertising past relationships to prospective dates.

#7. He won’t acknowledge your relationship digitally in any way. When it comes to your new relationship, you are basically a ghost. If there are no signs of your time together, it is probably intentional. Granted, some men will gradually do this over a long period of time, but if he is adamant about your relationship not appearing online, this is a major red flag that he is not looking for anything serious.

#8. He unmatches you quickly after connecting. If you had a great conversation with a guy you met on a dating app and notice you have been “unmatched,” “blocked” or “expired,” pay attention. Most likely, he wants to continue speaking to as many people as possible, and he doesn’t want you to see that he is still active on the site a month or two down the line. He also doesn’t want you to be able to see his location when he conveniently ghosts you.

#9. He switches from texting to Snapchat. A guy who is interested in commitment will be fine with texting you while he is getting to know you. However, if a guy is only interested in a casual fling, he will push you towards Snapchat and ask for creepy pictures. How convenient. The messages and photos disappear, so there will be no trace of his photo requests. If he has a legal background, he is well aware that Snapchat is a better place to ask for these pictures than through iMessage. You’ve been warned.

#10. He compartmentalizes social media. Someone who compartmentalizes their life is very good at making sure the different areas of their life never intersect. A great way to see if he is a master at compartmentalizing—which causes all sorts of future relationship issues—is to connect with him on LinkedIn. This may feel like an aggressive move, but if he trusts you as a professional, he will feel comfortable accepting your request and won’t worry that you’ll poach his contacts. However, if he has a problem with compartmentalizing, your request will never be accepted because that is a part of his life you will never be allowed into.

An inability to connect on social media may reveal a larger inability to connect in real life. If someone is putting up walls digitally, they will most definitely put up emotional walls. Use social media to detect these red flags and save yourself wasted time and energy. At the end of the day, choose the one that chooses you. Choose the one who wants to connect with you, who doesn’t push your digital boundaries, who integrates you into his world, and who wants to engage with your life both online and offline. 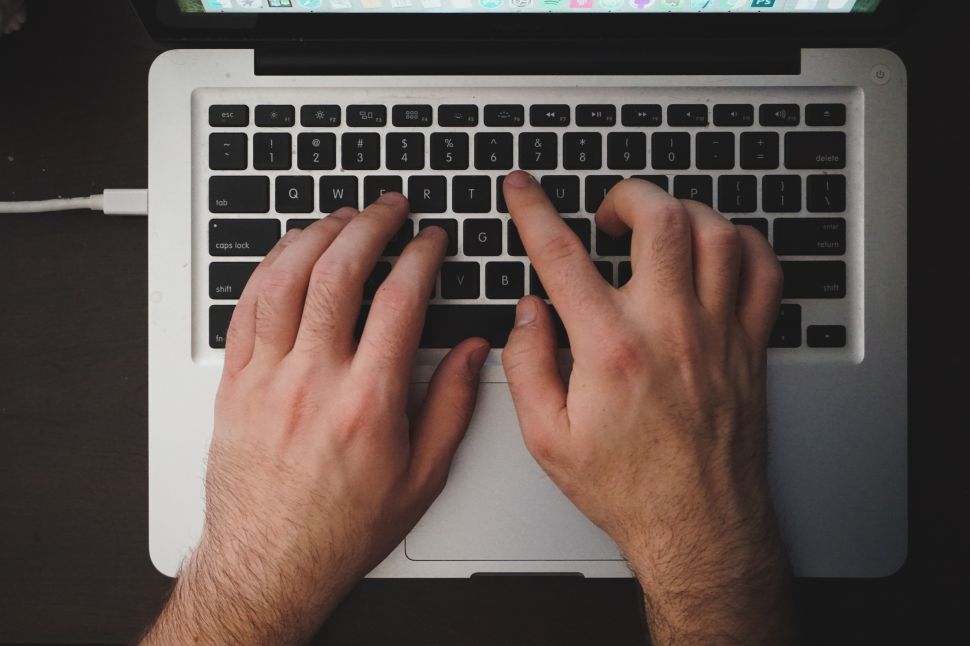