In February 2017, Debbie Wasserman Schultz’s top IT staffer, Imran Awan, was reported as under criminal investigation for the theft of a wide range equipment and data. Awan and several other staffers are accused of accessing congressional computers without permission. Its still unclear what, if any, data was stolen and what the motives for the breach were. In a recent budget hearing with the U.S. Capitol Police, Debbie Wasserman Schultz pushed for the U.S. Capitol police chief to return equipment of hers that was confiscated by the police as part of the investigation after it was discovered hidden in a crevice of a House office building.

Wasserman Schultz then threatened the chief. “I think you’re violating the rules when you conduct your business that way and you should expect that there will be consequences.” Its unclear what Wasserman Schultz believes those consequences should be, as her communications director refused to provide the Daily Caller with a comment on the exchange.

The Daily Caller reported on what equipment Wasserman Schultz was demanding to have returned: “A federal employee with knowledge of the situation and who requested anonymity told The Daily News Foundation’s Investigative Group that as House authorities closed in on Imran Awan and his brothers, a laptop used by Imran was hidden in an unused crevice of the Rayburn House Office Building. Wasserman Schultz’s office is in Longworth House Office Building, a separate structure. The laptop was later found by Capitol Police and seized because it was relevant to the criminal investigation, the source said.”

Awan’s investigation is one of several legal issues currently plaguing Debbie Wasserman Schultz. She has also been named as a co-defendant in an ongoing class action lawsuit filed on behalf of Bernie Sanders supporters over the rigging of the Democratic primaries, and another class action lawsuit was filed over the Democratic National Committee stiffing dozens of field organizers their fair pay after $1 million in bonuses were given out by the Democratic National Convention Committee. Former DNC Chair Debbie Wasserman Schultz may have resigned from her post in July 2016 after her efforts to sabotage Sanders were exposed in emails released by Wikileaks, but the Democratic establishment has rewarded her loyalty by lining up in support of her. Barack Obama, Joe Biden, House Minority Leader Nancy Pelosi, and Hillary Clinton campaigned on her behalf leading up to her first primary challenge ever in August 2016. The Clinton campaign immediately hired her to serve as honorary chair of the campaign’s 50 state program. After Clinton lost the election to Trump, Wasserman Schultz was appointed in February 2017 to the House Budget Committee and allowed to retain her position in Democratic congressional leadership as a chief deputy whip. She has also been featured by several mainstream media outlets as a spokesperson for the Democratic Party, despite millions of voters viewing her as a divisive relic from Hillary Clinton’s failed candidacy that was forced upon Democratic voters by party leadership. 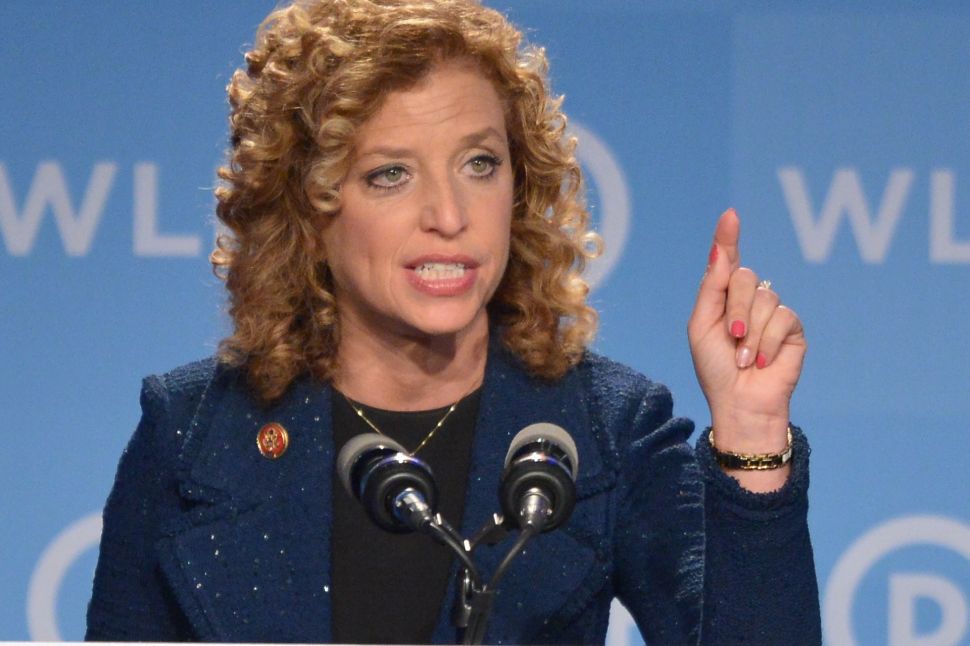