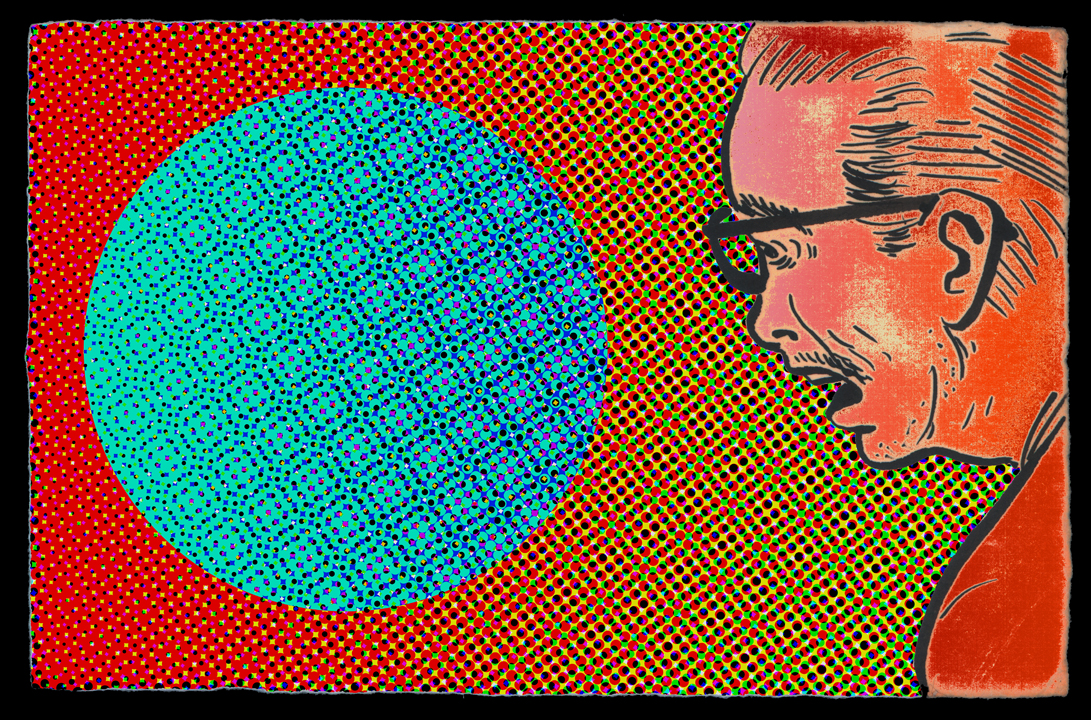 Mark Mothersbaugh, 1964–Monument to the Conquerors of Space, 2012 30 Ideas series.
Courtesy the artist 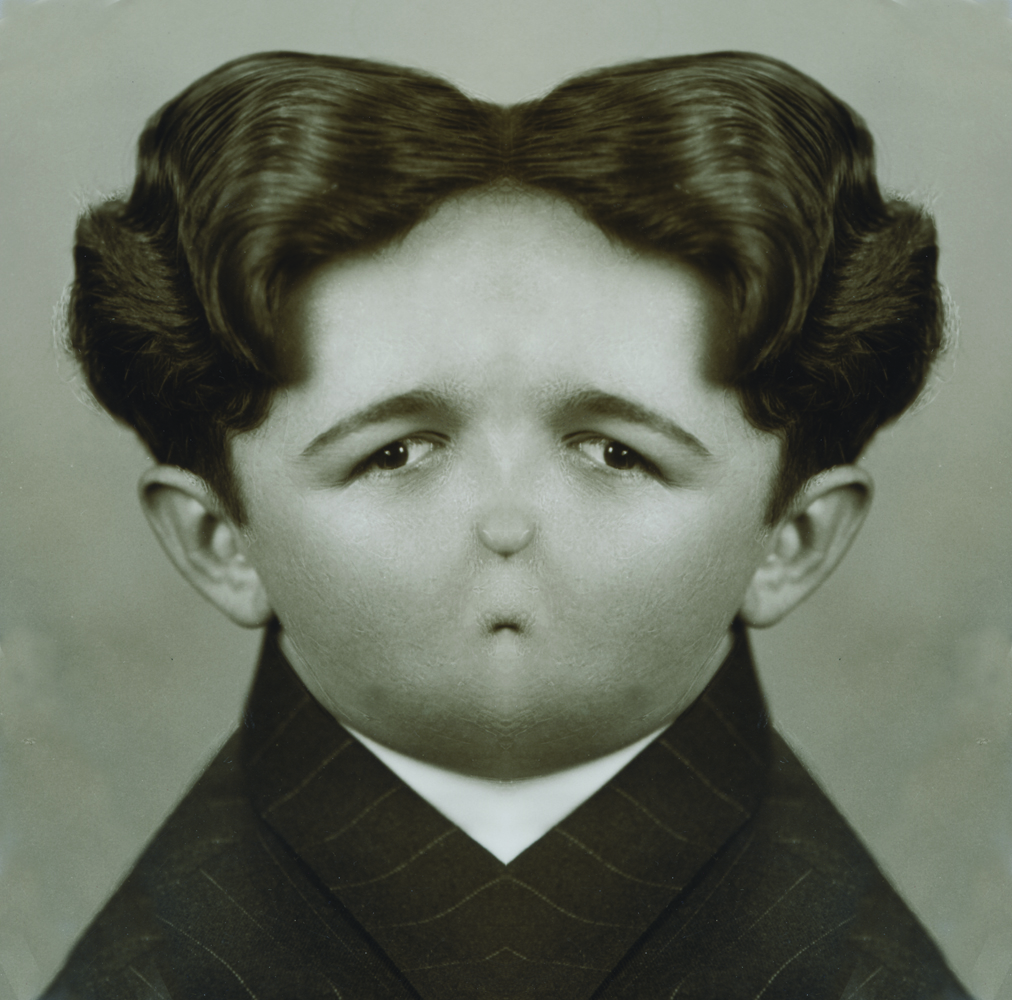 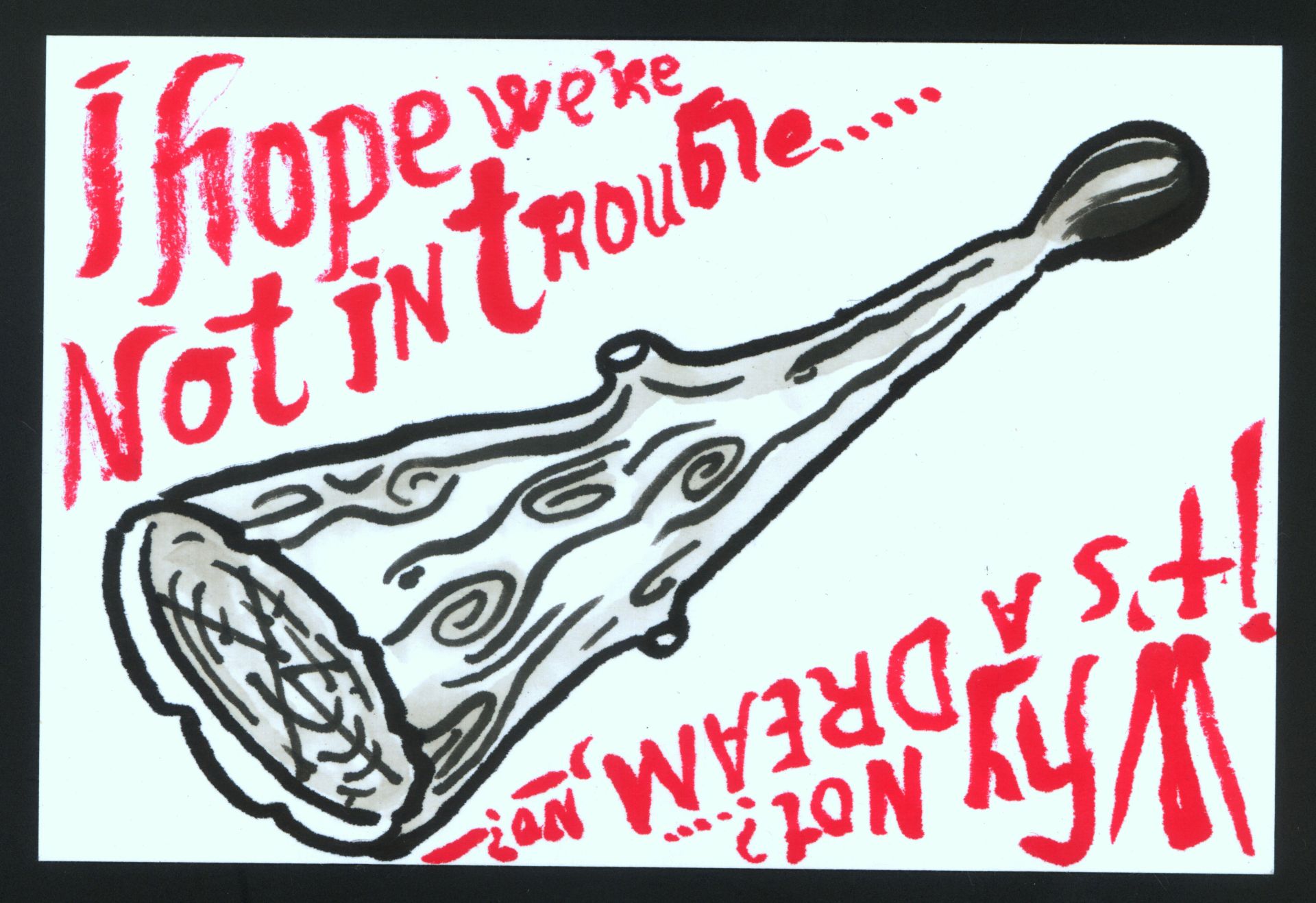 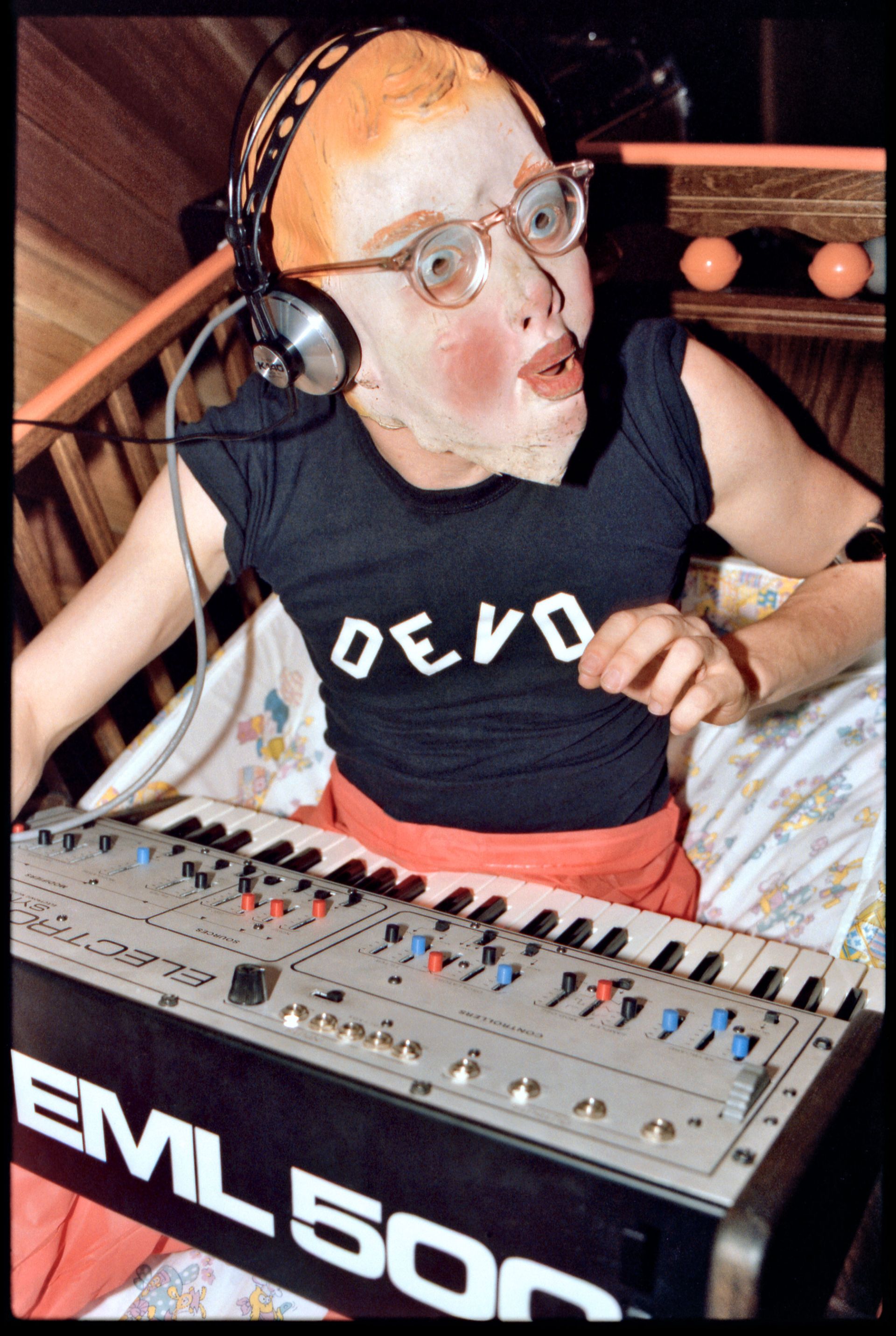 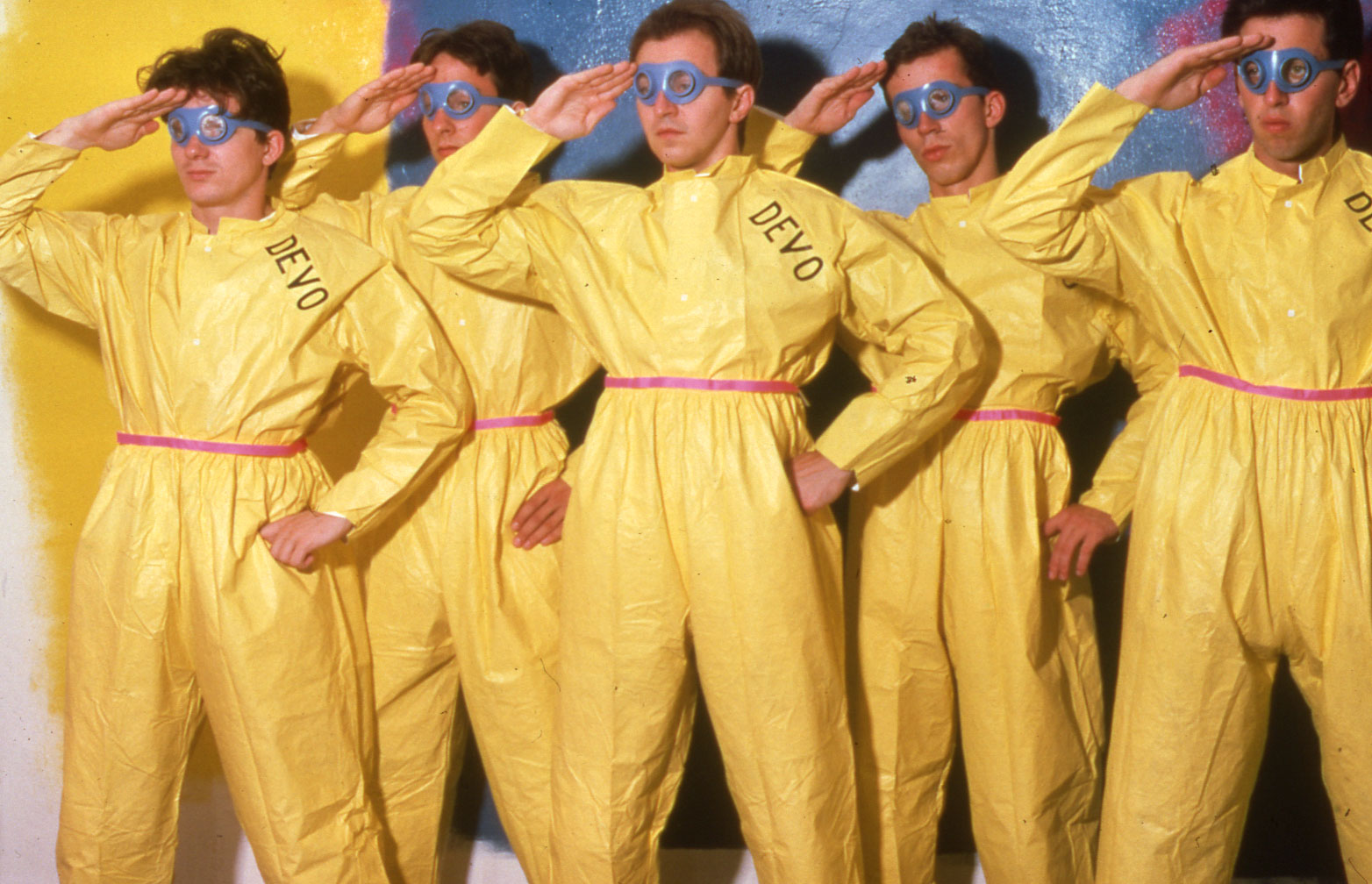 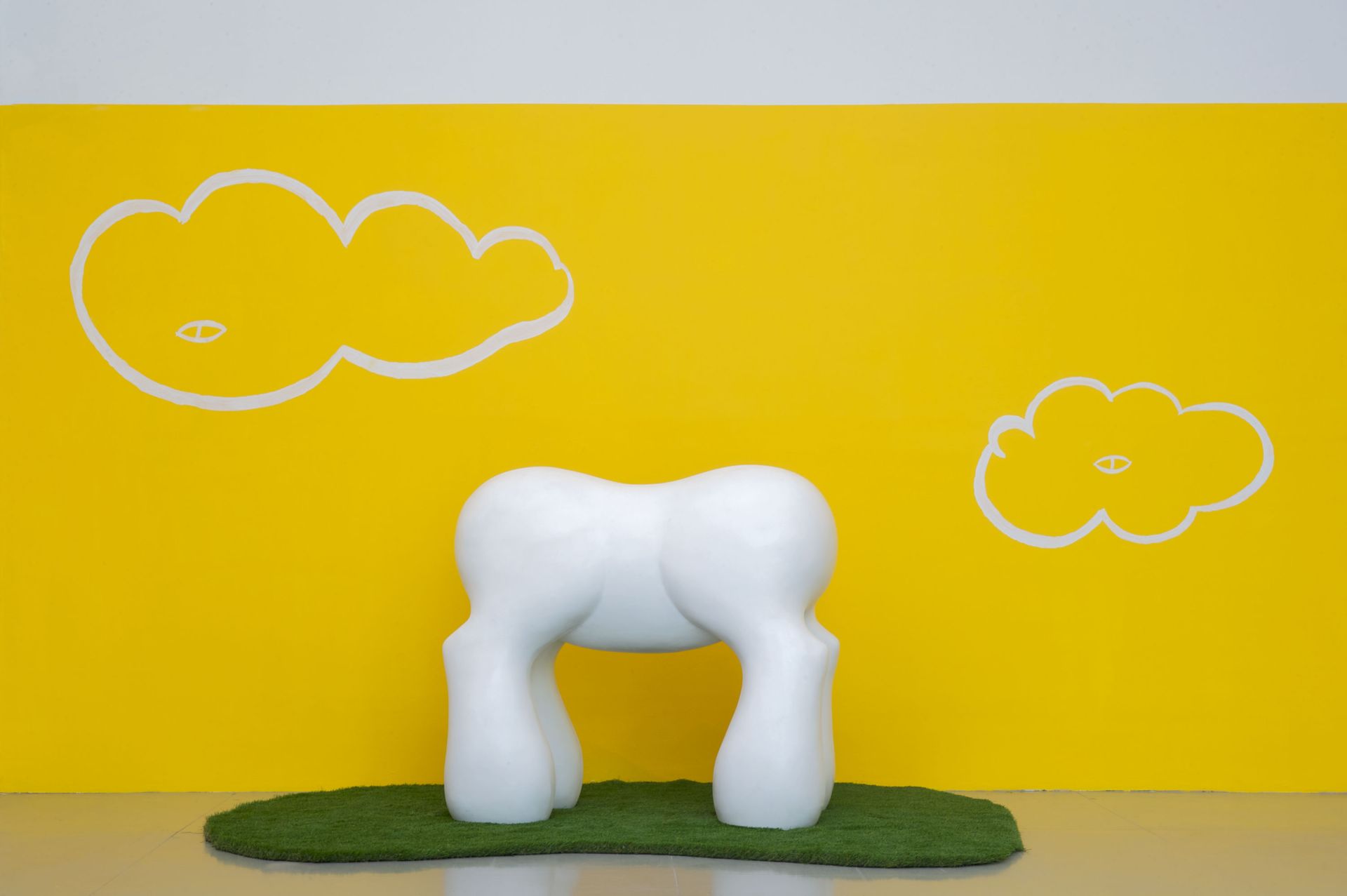 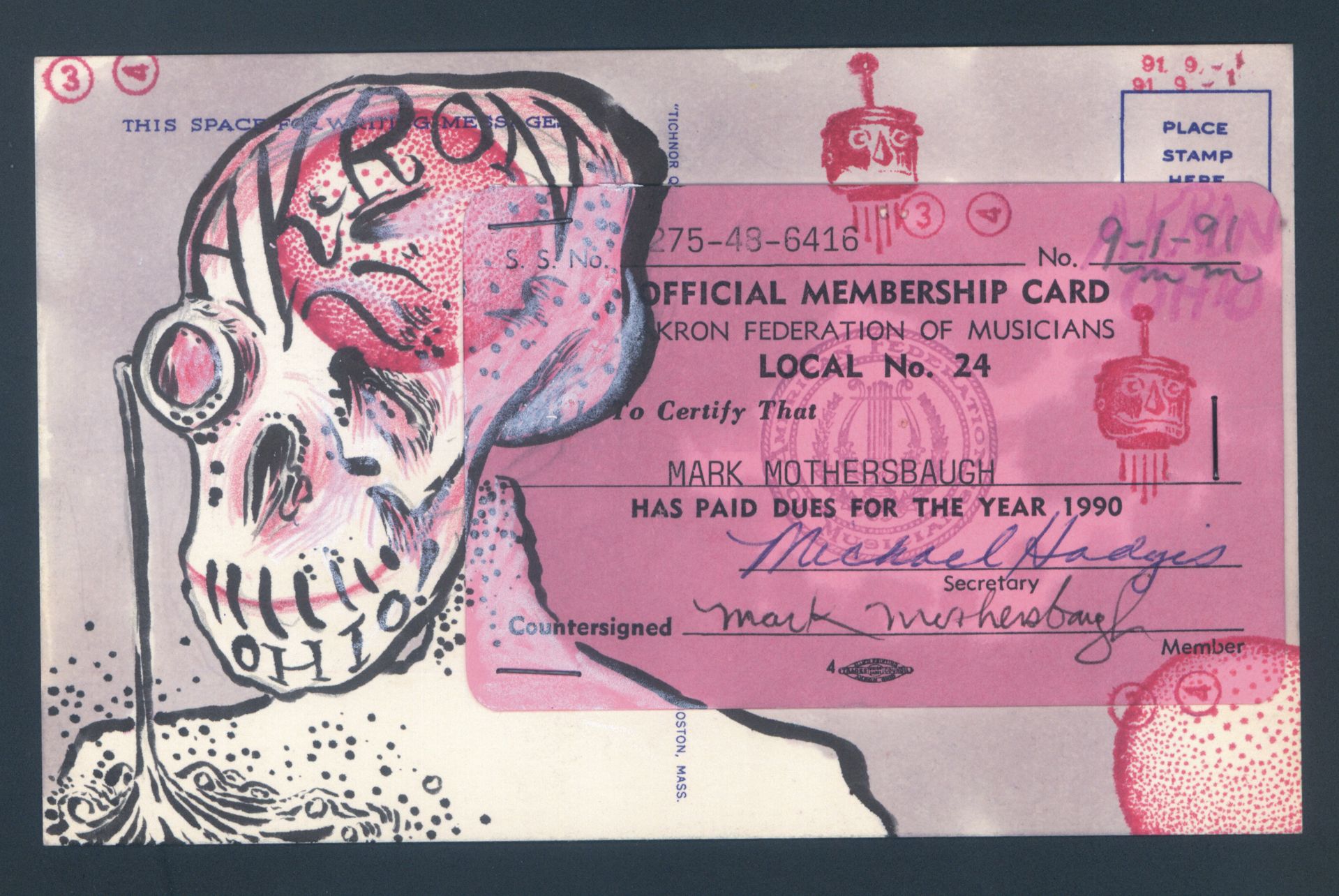 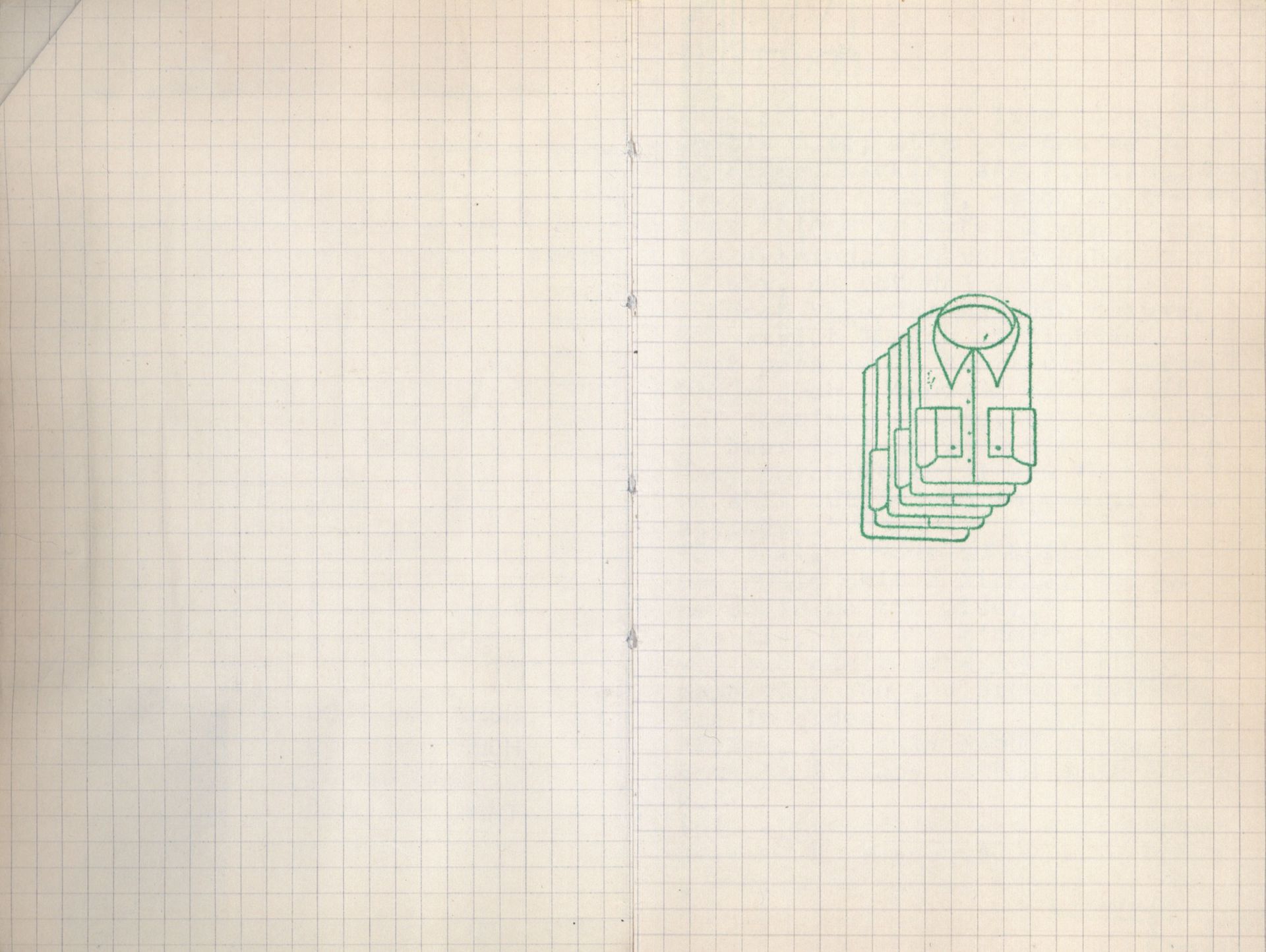 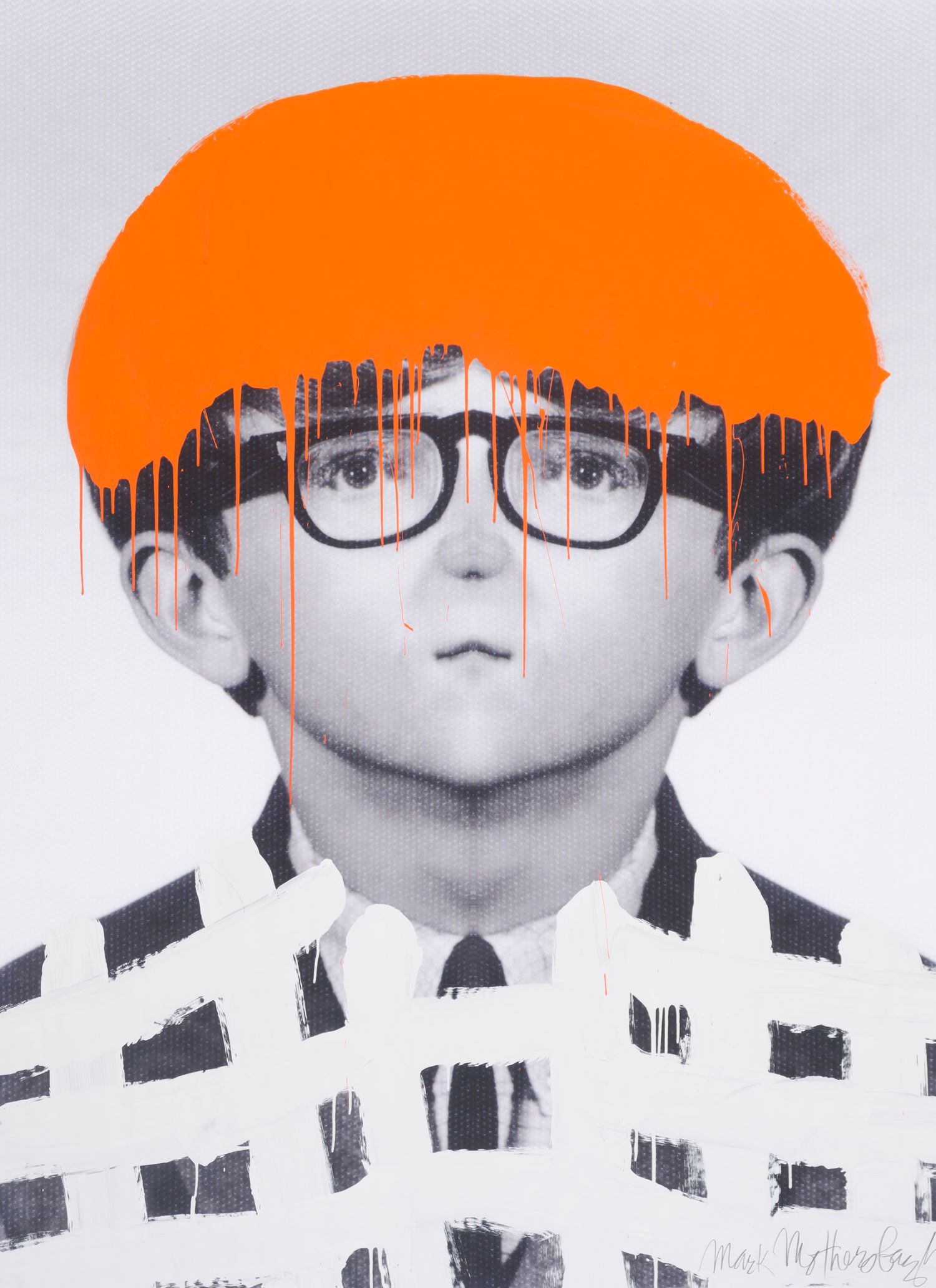 Self Portrait with First Pair of Glasses, 2015.
Courtesy the artist 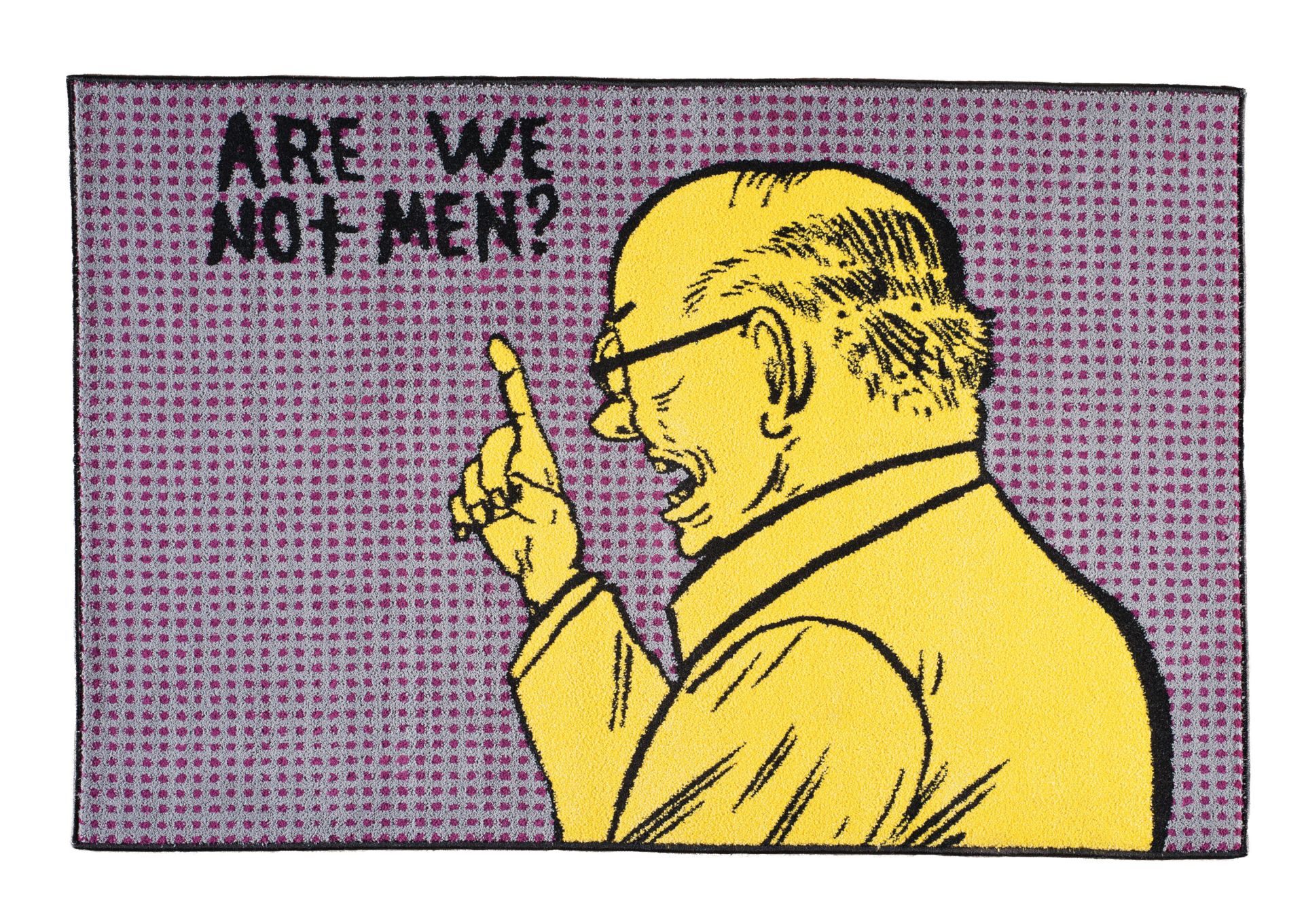 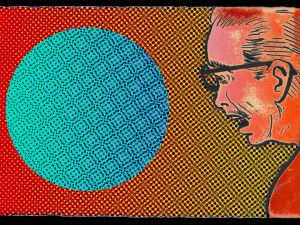 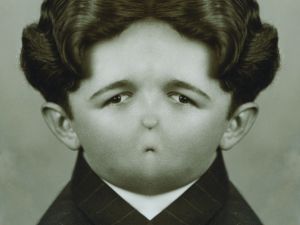 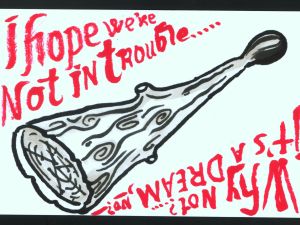 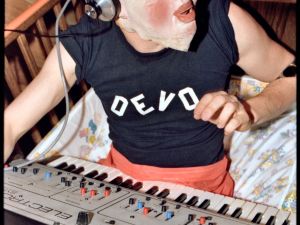 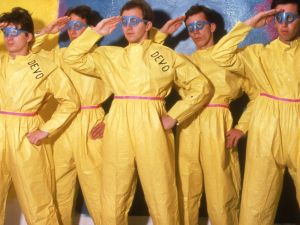 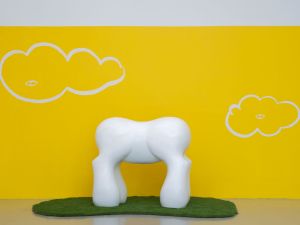 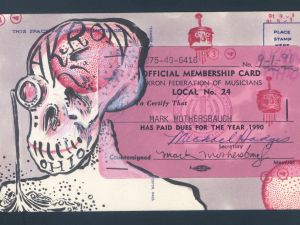 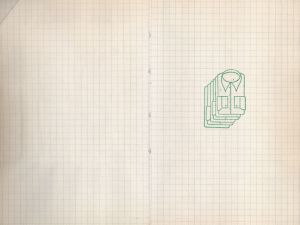 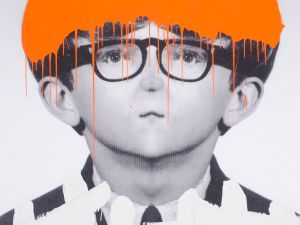 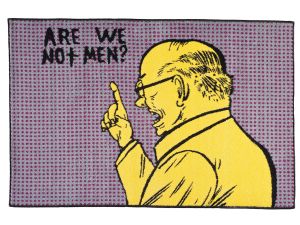 Let’s start with the show’s title, “Myopia.” As a child, Mark Mothersbaugh had such bad vision that he had trouble seeing anything until he got glasses at the age of eight. Hence the signature coke-bottle glasses that identified him as the leader of Devo. You might look at his art and think that getting the glasses only made the world look weirder to Mothersbaugh. Now, plenty of his weird artwork is on view at the Grey Art Gallery at New York University, by way of the Denver Museum of Contemporary Art, where “Myopia” kicked off in 2014. Admission is free, a lot less than a Devo concert.

Going through Mothersbaugh’s career from the 1970s to the present, you end up feeling that the force propelling this artist is sheer restlessness. That restlessness is what drove him to become an acquirer of a lot of things, to assemble other things from those things, and to document the making of his creations. The show’s curator, Adam Lerner, wrote in the show’s exhibition catalogue that “sometimes he sets out to make works of art, but usually he simply sets out to make something.”

Then think back (if you can) to the late 1960s and early 1970s, when the Vietnam War shaped the lives of a generation in this country. Mothersbaugh and his friends in central Ohio were opposed to the war. They were also opposed to what they saw as the tyrannies of art history and testosterone-driven rock and roll. The American myth of progress was another target for them.

At Kent State, where Mothersbaugh studied art, and where four student demonstrators were shot and killed by National Guardsmen in 1970, society didn’t seem to be evolving, but rather devolving. It’s one of the many reasons for his band’s eventual name, Devo. “We thought Devo was going to be Akron’s agitprop version of Warhol’s Factory,” Mothersbaugh says in an interview in the catalogue. (It’s worth noting that Warhol was from Pittsburgh, just across the Ohio/Pennsylvania border.)

It’s easy to hear the robotized sound of Devo, a bunch of satirists, as a revenge of the nerds, although it’s more than that. But another reason behind the band’s name is the name Dada, a movement of anti-establishment satirist artists galvanized by World War I.

Mothersbaugh’s fans know his music from Devo and from the many films that he’s scored— Bongwater, Rushmore and Rugrats in Paris: The Movie—and the ardent ones know the objects that figured in the band’s performances. Some of those fans even came to the exhibition wearing Devo products.

At “Myopia,” curator Adam Lerner wore a pair of Mothersbaugh Akronite eyeglasses—the better to see the artist’s work with. On Mothersbaugh’s website, you can learn that “Akron, Ohio is where Mark first got glasses. The style Mark has worn most recently earned the name Akronite.” Whether this pitch is marketing or satire, it’s working. Those Akronite glasses are sold out online.

Yet those same fans might not know Mothersbaugh’s photographs, or the images that he assembled from photographs. The series on view in “Myopia” is called Beautiful Mutants, and they look like snapshots from a funhouse. Academics might call them surrealism. The pictures are composed of daguerreotypes and other pictures found at flea markets, and seem as if they’ve been seen through the lens of an old kaleidoscope or through the influences of Tim Burton or the cartoonist Charles Addams.

Most of the Beautiful Mutants involve taking two identical images and combining them into an absolutely symmetrical unified one. A girl holding a dog becomes Twins Cradling Devil Pug. Mothersbaugh takes two photographs of an old man, and combines them, so that the man has only one eye. His title is Grampa Cyclops. When he merges two exposures of a man pointing a gun at the camera, the man’s hands are a mass of shadows where you can see a bearded face if you look hard enough. The title is Gunman with Visage of Jesus in Fists. All that’s missing here is David Lynch.

Then there are Mothersbaugh’s postcards, drawn by hand over a period of decades, some 30,000, all of which are in the show. Mothersbaugh’s style here tends toward the grotesque, but that’s broad enough to include everything from headless figures, to parodies of comics to a sentimental fake ad that says “I left My Heart in Akron Ohio.” These miniatures, a compendium of an imagination at work, chronicle Mothersbaugh’s restlessness and they’re as close to an evocation of infinity as you can get on 4×6 cards. Maybe if they were lined up end-to-end, they would stretch from New York to Akron. What’s sure is that they will stretch anyone’s sense of what can be achieved in such a small space.

And for Mothersbaugh, that art space could get larger. He turned to rugs for some of the same images that he put on postcards. These are not tapestries, or anything that comes from a decorative art tradition—unless you include the products of Middle America. Mothersbaugh commissioned rugs with his designs from a manufacturer in the South who specialized in sports rugs, mostly football. Imagine that, instead of watching the logo of the Atlanta Falcons when a game was on the TV, you saw an armless pointy head with legs in the process of melting or an extreme close-up of a body falling through a manhole.

The added attraction with Mothersbaugh’s rugs is that you can wipe your feet on them, if they’re not displayed on the wall of an art gallery. One rug even has the word “wipe” written on it in large print. He’s taking us back to Dada, where works of art (to stretch that term), should be soiled rather than admired—and produced in great numbers. The photo-collages, postcards and rugs look as if they’re being produced at an industrial scale, which doesn’t look like much when you compare it to the millions of records and CDs that a successful band like Devo generates.

Yet there is a Mothersbaugh sculpture, for lack of a better word, that defies any of the laws of mass production. The work is called the orchestrion, although you might mistake it for a bottle rack by Marcel Duchamp. The orchestrion is a kind of inverted ziggurat in metal and wood, with horns at the top. Mothersbaugh developed it while writing the music for Moonrise Kingdom (2002) a film by Wes Anderson. Mothersbaugh’s goal with the machine was to program and play birdcalls from the late 19th century to the present. The orchestrion is a mechanical aviary as player piano, which couldn’t be more different than the sounds of Devo.

There are three orchestrions on view, which would be called installations if they were larger, but they wouldn’t be by Mothersbaugh if they did not have such odd details. These have compartments, which hold figurines of the birds that you hear. Once again, Mothersbaugh the archivist has the object to fit the bill. There’s a Tower of Babel feel to these creations, albeit a gentle one, since the birdcalls are anything but shrill. But as you look at the various compartments holding the bird figures, you think of dreamy boxes by Joseph Cornell.

Even for little wooden birds, there’s life after Devo, and probably a lot more life. In Los Angeles, Mothersbaugh has warehouses of things that he’s collected. “Myopia” is the first retrospective of his art, but it won’t be the last.

“Mark Mothersbaugh: Myopia” is on view at Grey Art Gallery through July 15.