On April 28 the transcript was released from the most recent hearing at a federal court in Fort Lauderdale, Fla., on the lawsuit filed on behalf of Bernie Sanders supporters against the Democratic National Committee and former DNC chair Debbie Wasserman Schultz for rigging the Democratic primaries for Hillary Clinton. Throughout the hearing, lawyers representing the DNC and Debbie Wasserman Schultz double down on arguments confirming the disdain the Democratic establishment has toward Bernie Sanders supporters and any entity challenging the party’s status quo.

Shortly into the hearing, DNC attorneys claim Article V, Section 4 of the DNC Charter—stipulating that the DNC chair and their staff must ensure neutrality in the Democratic presidential primaries—is “a discretionary rule that it didn’t need to adopt to begin with.” Based on this assumption, DNC attorneys assert that the court cannot interpret, claim, or rule on anything associated with whether the DNC remains neutral in their presidential primaries.

The attorneys representing the DNC have previously argued that Sanders supporters knew the primaries were rigged, therefore annulling any potential accountability the DNC may have. In the latest hearing, they doubled down on this argument: “The Court would have to find that people who fervently supported Bernie Sanders and who purportedly didn’t know that this favoritism was going on would have not given to Mr. Sanders, to Senator Sanders, if they had known that there was this purported favoritism.”

Jared Beck, the attorney representing Sanders supporters in the class action lawsuit, retorted that the DNC Charter is not akin to political rhetoric a politician would use during a campaign, but rather an inherent and important part of democracy in America. The entire argument of the DNC in this lawsuit is to conflate the promises of a political candidate with those of an election arbiter bound to neutrality by the DNC Charter, and to claim that fraudulent inducement cannot ever be proven as the DNC attorneys allege, “I think there’s an impossible showing of causation.”

“People paid money in reliance on the understanding that the primary elections for the Democratic nominee—nominating process in 2016 were fair and impartial,” Beck said. “And that’s not just a bedrock assumption that we would assume just by virtue of the fact that we live in a democracy, and we assume that our elections are run in a fair and impartial manner. But that’s what the Democratic National Committee’s own charter says. It says it in black and white. And they can’t deny that.” He added, “Not only is it in the charter, but it was stated over and over again in the media by the Democratic National Committee’s employees, including Congresswoman Wassermann Schultz, that they were, in fact, acting in compliance with the charter. And they said it again and again, and we’ve cited several instances of that in the case.”

Later in the hearing, attorneys representing the DNC claim that the Democratic National Committee would be well within their rights to “go into back rooms like they used to and smoke cigars and pick the candidate that way.” By pushing the argument throughout the proceedings of this class action lawsuit, the Democratic National Committee is telling voters in a court of law that they see no enforceable obligation in having to run a fair and impartial primary election.

The DNC attorneys even go so far as to argue that the words “impartial” and “evenhanded”—used in the DNC Charter—can’t be interpreted by a court of law. Beck retorted, “I’m shocked to hear that we can’t define what it means to be evenhanded and impartial. If that were the case, we couldn’t have courts. I mean, that’s what courts do every day, is decide disputes in an evenhanded and impartial manner.”

The judge then questioned the DNC lawyers about what the Democratic National Committee does and what it is responsible for—and the DNC lawyers had trouble answering these questions. “I’m 90 percent on that,” responded the DNC attorneys in response to a question as to whether the DNC funded State Primaries.

The judge ended the hearing by stating to both parties he would issue an written order on the DNC’s motion to dismiss the lawsuit, though no specific timeframe was given as to when that decision may be handed down. If the class action lawsuit moves forward, it would entail a discovery process that would open up the inner workings of the Democratic Primaries and force figures like Wasserman Schultz to testify in court on their actions and decisions during the Democratic Primaries. 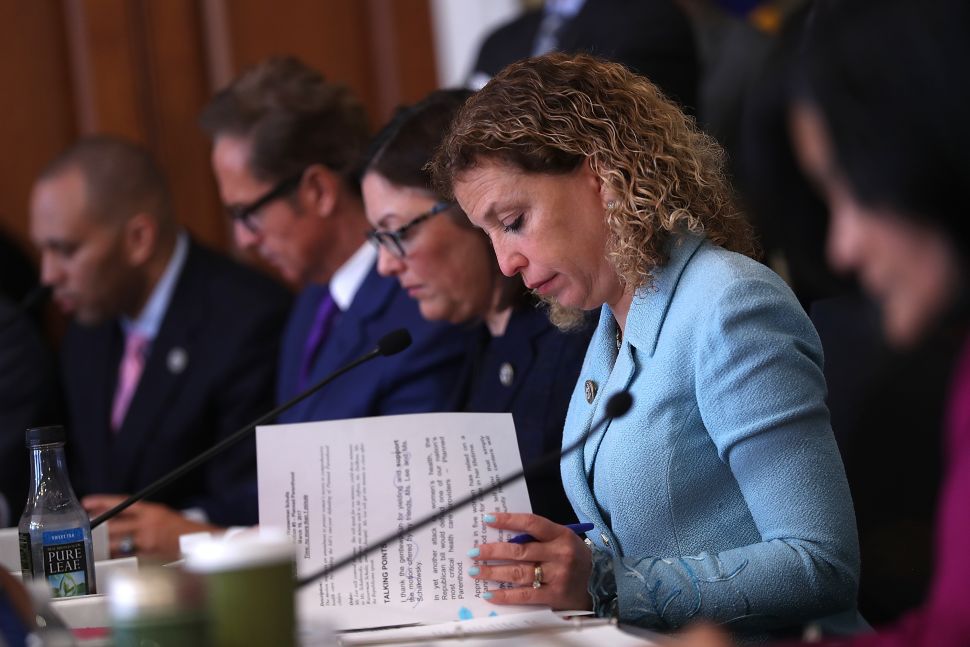