The makeup of the commission signals that the DNC is less focused on expanding voters’ rights than it is on perpetuating the Democratic Party’s interpretation, which was fully exploited during the 2016 Democratic primaries to suppress Sen. Bernie Sanders’ candidacy and further the interests of Super PACs and wealthy donors.

The chair of the DNC’s voting commission, Jason Kander, sits on the board of Priorities USA, a pro-Clinton Super PAC. Super PACs are specifically created with the intent to suppress voters’ voices in election by raising exorbitant amounts of money for candidates, effectively buying elections. Because they are inherently undemocratic, it’s hypocritical for the DNC to organize a voting commission run by someone who sits on the board of a Super PAC.

Several DNC voting commission members served as superdelegates during the 2016 primaries, and all of them supported Hillary Clinton. In a brief moment of clarity, former DNC Chair Debbie Wasserman Schultz told CNN’s Jake Tapper in February 2016, “Unpledged delegates exist really to make sure that party leaders and elected officials don’t have to be in a position where they are running against grassroots activists.” In several primaries that Sanders won, Clinton managed to edge out a lead in delegates because of superdelegates. The system was exploited by media outlets that counted superdelegates, therefore perpetuating the narrative that Sanders did not stand a chance against Clinton. The steady stream of superdelegate endorsements served to bolster Hillary Clinton’s perceived support. None of the commission’s members have pushed to abolish the corrupt superdelegate system.

Massachusetts Attorney General Maura Healey did nothing in response to Bill Clinton going into a polling place in the Boston area to talk with potential voters during the 2016 Massachusetts Democratic primary. Clinton’s notoriety allowed him to do so without reprimand because electioneering laws stipulate that he had to actively campaign within the polling site to be in violation of the law. His attendance at the site was obviously to campaign for his wife and to interfere with voters attending the polling site; they had to deal with Clinton’s presence and the crowd he brought with him. Clinton supporters wrote off his visit as benign, though if Jane Sanders or the spouse of another candidate did the same thing, it’s highly unlikely they would be granted the same level of impunity.

California Secretary of State Alex Padilla presided over a 2016 California Democratic primary marred in controversy and voter suppression. In order to vote in the primary, independent voters were forced to use special “crossover” ballots that many precincts didn’t bother to provide. A Los Angeles Times investigation found that nearly half a million voters mistakenly registered with the American Independent Party, a far right conservative party, rather than as independents, shutting them out of participating in the 2016 primaries. Nearly half the ballots weren’t counted in the primary race until after the race was called for Clinton, and the primary election incited a lawsuit in San Diego County over the lack of proper audit. As a result, San Diego County must now conduct proper audits after elections, a practice that hopefully other counties in the state follow. Padilla also actively campaigned for Hillary Clinton during the 2016 primaries, a practice that shouldn’t be allowed because it exposes a conflict of interest if those whose duty it is to ensure free and fair elections publicly take sides.

In February 2016, the New York Daily News’ Shaun King reported that the Democratic establishment was deliberately skipping voter registration drives and turnout efforts because doing so benefited their preferred candidate, Hillary Clinton. He compared record Republican voter turnouts to the Democratic primaries, warning that this strategy may help Clinton win the primaries but would backfire in the general election. “When the Democratic Party loses interest in voter registration and voter empowerment, it is truly blurring the lines between what makes it fundamentally different than the Republican Party,” he wrote. It’s not enough for the Democratic Party to oppose the Republican Party’s efforts to manipulate voting infrastructure for their benefit; they must promote and expand democracy without qualification—not only when it serves their political ambitions.

Right now, there are no Sanders supporters on this commission except Adrian Fontes, who replaced Maricopa County Supervisor Helen Purcell after her decision to shut down voting precincts during the Arizona Democratic primaries suppressed thousands of votes and kept voters in lines with waits of over eight hours. The commission’s makeup further demystifies the notion that DNC Chair Tom Perez wants to unify the Democratic Party. There is also no sign this commission has any intention to pursue voting reforms in Democratic primaries or push for voting reforms in Democratic strongholds where precedents can be set for the rest of the country. If the DNC voting commission wants to be taken seriously, it needs to enact reforms to its own primaries, which are currently suppress voters to the establishment’s benefit. 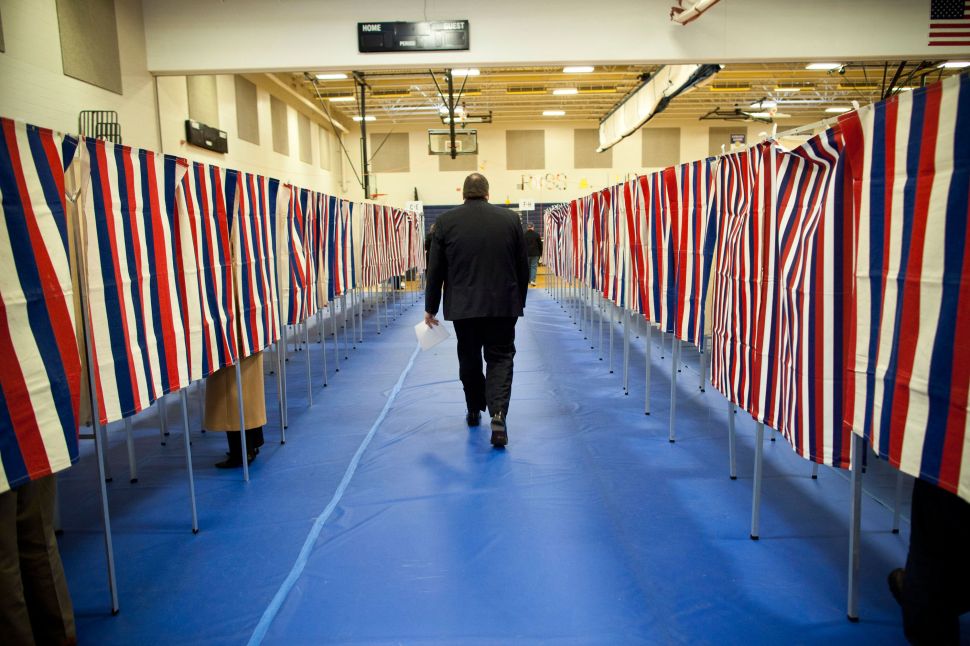