“The end of the world is a billion billion tiny moments. And somewhere, unnoticed, in silence or in darkness, it has already begun.”

In 1814, the French scholar Pierre-Simon Laplace formulated a theory: If a super-intelligent creature existed who could know the precise location and momentum of every atom in the universe, that being (“Laplace’s Demon”) could calculate the entire history of all existence.

See, the actions of atoms on other atoms follow set laws of dynamics (or so we thought then), and so the demon would now know everything that has happened, and everything that will happen until the end of the universe. No matter how we lowly humans subjectively experience the flow of history through our own choices, everything is actually already determined for us.

The robed, mummy-like aliens introduced in the last episode—the Doctor names them the Monks—are a kind of Laplace’s Demon in the flesh, with a computer that is running a simulation of the entire history of life on Earth, as they watch to see if they can predict exactly when and how we will meet our doom. And in so doing, they have stumbled into what is perhaps the central structural tension of Doctor Who as a show.

In the years since Laplace dreamed up his demon, thermodynamics and then quantum theory have  debunked his deterministic picture of the universe. (In brief, entropy says physics is one-way, so you can’t actually run the clock backward to the beginning, and uncertainty means that you can’t know both the precise position of an atom and its momentum at the same time, much less all of them.)

Still, the Doctor does seem to subscribe to the Laplacian idea that humanity has a set destiny—or at least some of the time. He often talks about human history in settled terms: we colonized the moon in this era, left the Earth for another solar system in a certain year, founded New New York on another planet at a particular time, etc.

These are fixed points, and no matter how much meddling the Doctor does in the timeline of humanity, saving the entire species over and over again, he’s confident they will remain so. When, four episodes ago, Bill raised the idea of the butterfly effect, the Doctor waved it off with a joke.

Yet the Doctor and the show he stars in are both obsessed with choice, the human faculty of free will. The Doctor is constantly asking his companions to make the key choice that the survival of a race or a planet hinges on. But if every choice matters, how can human destiny be so thoroughly preordained?

The Monks have seen the entire predicted future of humanity, in all of its probabilities, and determined that right now is the moment when our species is in the most danger, at our weakest point. They want to use this danger to enslave the human race forever, claiming that only they can save us—which they will only do if we sincerely ask them to be our rulers.

This is a very clever plan, the Doctor has to admit. The Monks could easily conquer us with their advanced technology, but we’d always find ways to resist. This way, we not only willingly accept our overlords, we learn to love them as our saviors.

Even more cleverly, they set themselves down right in the middle of one of the world’s most volatile hotspots (in the fictional but plausibly named Turmezistan), where the world’s three most powerful armies sit on the verge of all-out war. It’s a brilliant misdirection, as this incipient confrontation has zero to do with what is actually going to destroy all life on the planet. So while the Doctor, called back into service as the president of Earth, sits with the leaders of the three armies trying to negotiate a truce (“We’re discussing World War III. Basically, we’re against it.”), the world inches ever closer to devastation.

Because what is actually going to kill us all is happening halfway across the world. Again, an incredibly clever choice for the Monks: If they picked a huge catastrophic historical event like a nuclear war, it would have been much easier to intervene and defuse it—as the Doctor quite easily does, getting the Russian, Chinese, and American generals to lay down arms and shake hands.

Instead, it is a simple accident in an agricultural lab where they seem to be developing some kind of weed killer. The episode is extremely good at showing the small, ordinary errors that lead to global catastrophe: a broken pair of reading glasses, a too-long night at the pub, a misplaced decimal point. Ending with a deadly plague that will kill every living thing on Earth within a year.

By the time humanity knew what was going on, it would all be over. So the Monks choose this point in time, and make their offer: You don’t even know it but unless you consent to our dominion now, you’re all already dead.

As clever as the Monks are, the Doctor, as always, is cleverer. He anticipates this same logic and determines what kind of disaster they would choose, getting Nardole to hack into servers and find out how many experiments there are in the world that could go wrong in this way. Answer: 428. Still way too many to sort through, so the Doctor performs his pièce de résistance of cleverness, shutting off all of the CCTV cameras in all 428 labs and then watching which one gets turned back on by the Monks. Finally knowing where to look, the Doctor takes the TARDIS off to save the day.

And that’s the real genius of the episode: It dives right into the issue of determinism vs. free choice, but the story still doesn’t have to make a decision as to which one wins out. Because the Monks were totally right. Left to our own devices, humanity would have ended right there. Their simulation calculated the trajectory of every person and action on our planet perfectly. But then they inserted themselves into the equation and inadvertently changed our destiny.

The Doctor never could have found or defused this threat without the Monks. At every turn, he uses the Monks themselves to determine where the threat is coming from. He realizes that WWIII is a misdirection because the Monks have hijacked every clock in the world to display a doomsday countdown, which continues to tick toward destruction even though he’s brokered peace. He figures out what kind of threat it really is by determining what would work best for their plan. And he finds out where it is happening by tricking their computers. Is it destiny? Is it free will? Apparently it can be both.

So he goes to the lab to sterilize the plague bacterium, makes a critical error and ends up inside while it is about to explode. The combination lock on the airlock door is mechanical, and the sonic sunglasses he’s been using to fake being able to see this whole time can’t see the numbers. So…he’s stuck. Bill doesn’t accept this, runs back to the Monks and consents to their dominion of the planet in exchange for him getting his sight back, and the Doctor lives, at the expense of the whole Earth, and…just no. That doesn’t make any sense.

As much as I like the idea of the Doctor being punished for his hubris and for lying this whole time about being blind, this simply doesn’t follow from the logic of the rest of the episode. Beyond the fact that there should have been an easier solve (the glasses can send email from inside a computer simulation, but they can’t take a simple photo of the combination lock and send it to Bill?), there is no way the Monks and Bill should have been able to come to this agreement at all.

The Monks’ whole plan hinges on the idea that humanity would willingly accept their dominion if they save them from certain extinction. A person in power had to consent to their leadership, and to do so out of pure intentions, i.e. out of love for the Monks for helping them. But now humanity has already been saved! Only the Doctor is in danger. Bill accepting their assistance to save just him doesn’t have anything to do with humanity accepting the Monks as their overlords. Plus, her consent to their deal comes out of love, but not love for the Monks—love for the Doctor. It makes no sense at all that asking them to save the Doctor would end up fulfilling our end of the agreement and getting all of humanity enslaved, but here we are: enslaved. 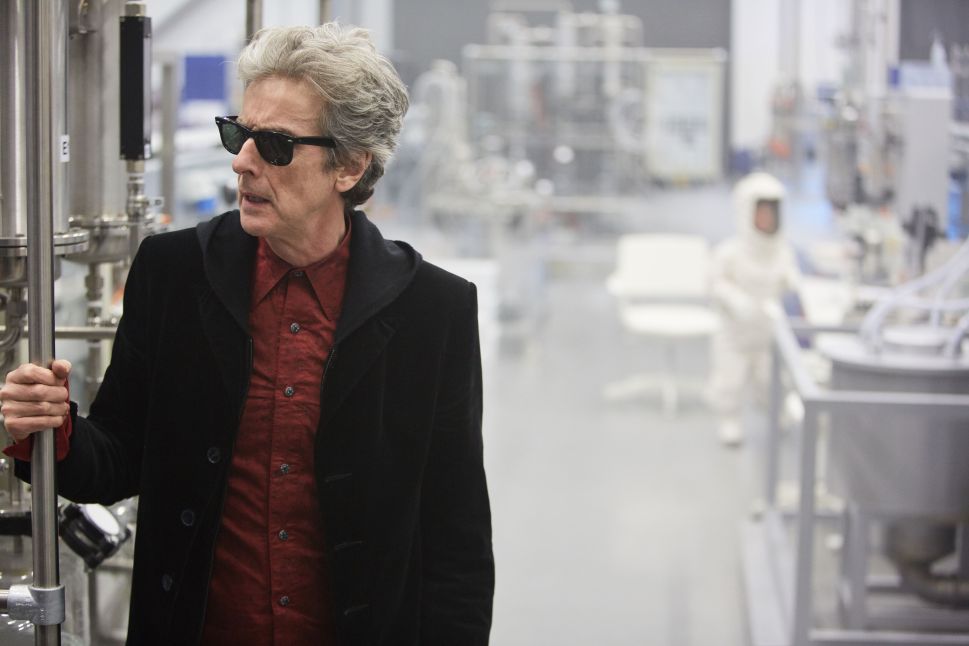