Let’s fast forward from the concept of impeachment to its reality. An indictment is a legal process. But while impeachment proceedings may look like a trial, as with everything else in Congress, it’s a political process—which means Republicans will face a variety of tough choices.

Will anyone remain loyal to Donald Trump? If you put every Congressional Republican on truth serum, Trump’s approval rating wouldn’t be much higher than Elizabeth Warren’s. And by the time impeachment proceedings happen, it’s possible Trump’s numbers will be in the teens—and no member will feel compelled to support him. But Trump won the Presidency just six months ago, and if you’re a member from a strong Republican district (and because of gerrymandering, most House Republicans are), a vote for impeachment may not be that easy. The 25th Amendment (a majority of the cabinet says they do not think the President is fit to serve and then 2/3rd of Congress approves) may provide some cover, but it still requires a vote by each member to remove Trump, which may be problematic for at least some Republicans.

If the headlines are dominated every day by investigations into Trump (they will be), Congressional Republicans need this to end as soon as possible. The midterm elections are a little over 17 months away. If the only issue voters focus on is impeachment, that spells disaster for Republicans running for re-election (every member of the House, although just nine Republican members of the Senate). That argues for moving the investigations and impeachment proceedings along as fast as possible. And if there’s one thing we can count on from every politician, it’s self-protection. The risk also gives Republicans in both chambers a very strong incentive to pass tax cuts and infrastructure spending as quickly as possible, so they have tangible accomplishments to point to (health care will be a mess no matter how it ends up).

Pence, from what I hear, is already talking to elected officials and insiders about removing Trump and installing him as President. He’s promising fast action on tax cuts, and, more importantly, sanity. Regardless of your party or ideology, preferring a President a lot less likely to draw us into a nuclear war with North Korea is both rational and logical. This is Pence’s strongest substantive argument—and he’s more than smart enough to drive it home.

While the Comey memos about Trump’s request to end the investigation into Michael Flynn may be what takes Trump down, the Flynn investigation is still a manifestation of the underlying problem: Russia’s involvement in the election. Ryan could demand that “we get to the bottom of this, no matter where it leads,” which means laying the blame on the Trump campaign. Guess who was part of that campaign? Mike Pence. So if impeachment is based on illegal activities by the campaign, arguably, Pence could also be impeached. And guess who’s next in the line of succession? The Speaker of the House. One leading politician said to me that if Ryan had the smarts and stones to make this happen, he’d be President right now anyway. Paul Ryan may not be Frank Underwood. But it’s not impossible.

This is a double-bank shot, but if the impeachment proceedings drag on, the House flips in the midterms, and Pence is legally complicit in the Russia involvement, then Nancy Pelosi, as Speaker, would ascend to the White House. This requires so many twists and turns that Hollywood would probably reject it as too implausible. But there is a (very, very narrow) path to this happening and ironically, we would end up with a female Democratic President after all.

If Trump is impeached and Pence becomes President, the 2020 race gets blown wide open. Even beyond the political liabilities, Pence’s extreme conservatism will produce, being Trump’s running mate turns him into a lame duck on day one. That means another Republican primary with at least a dozen candidates (Cruz, Kasich, Haley, Martinez, Sandoval, Rubio, Baker, Scott, and a bunch of CEOs all seem possible). And we already know the list of potential Democratic candidates is a mile long (Warren, Booker, Cuomo, Hickenlooper, Sandberg, Schultz and many others). We could also see a serious independent candidate for the first time since Perot (Mark Cuban may be the best bet here). So while the 2020 election will be a circus even if Trump hangs on and runs for re-election, if he’s impeached, we’re looking at the most chaotic (and fun) race in decades.

Where does this all land? Who knows. Trump feels like a marked man, but I live in the same bubble that thought Trump could never win in the first place. It seems like Trump is inexorably on the path to impeachment. But the investigation could still come up short, Trump gets a tax cut through, avoids a ground war and gets re-elected. The range of possibilities is wide open. But here’s one thing we do know: every Congressional Republican is spending today thinking through all of the possibilities and permutations outlined above. 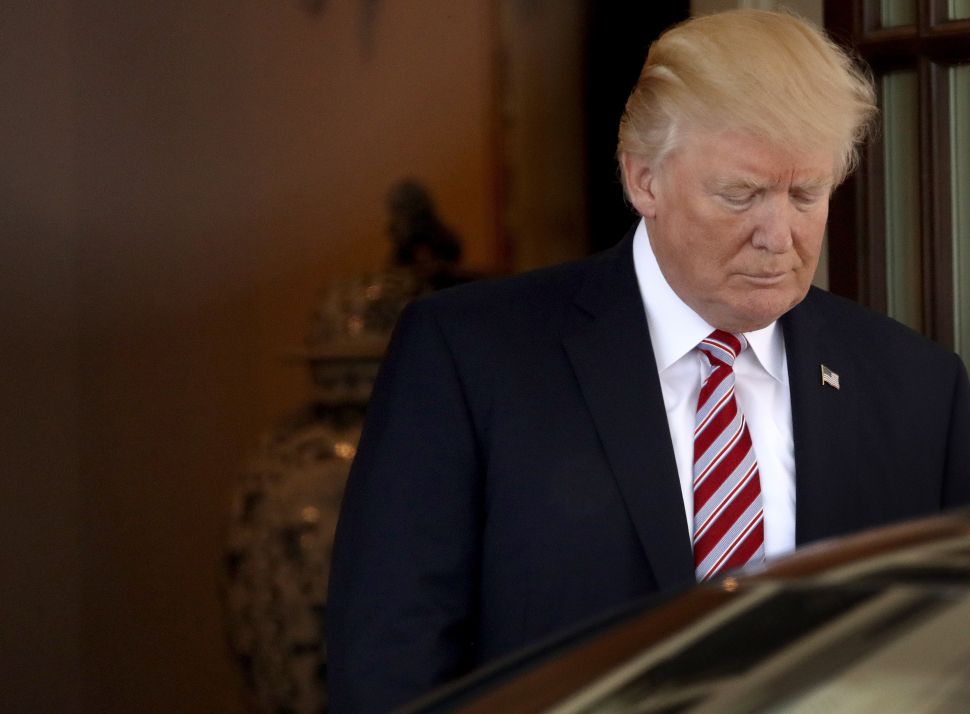